Last month, Japan announced that no ministers would be attending the opening ceremony of the Beijing Winter Olympics in February, but did not term it a "diplomatic boycott". Nonetheless, Japan has made it clear that it believes in universal values like human rights and the rule of law. Japanese academic Shin Kawashima notes that Japan has taken an independent decision that shows its stand while not explicitly straining Japan-China relations. 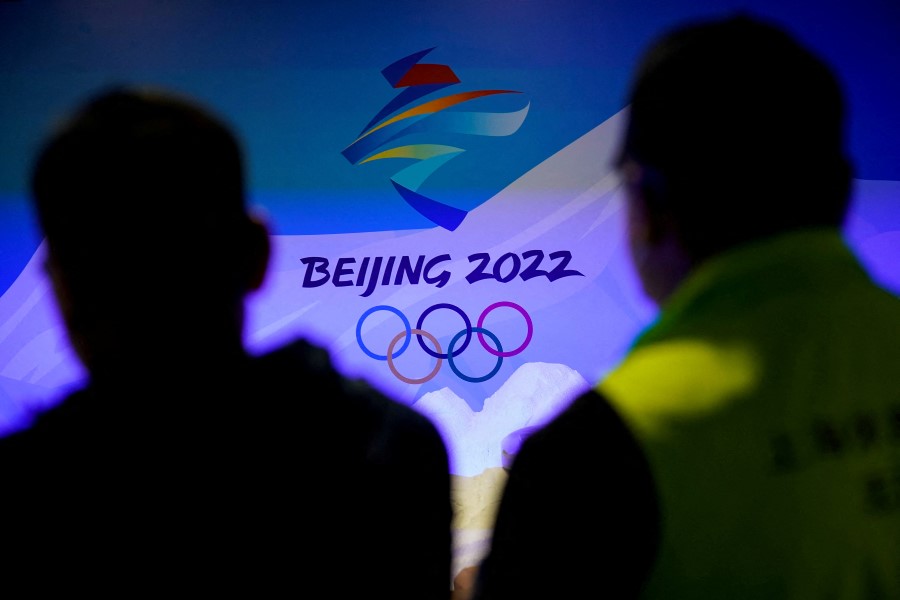 Candice Chan - 30 January 2023
A mall in Shenzhen came under fire for putting up white lanterns with black text as part of its Chinese New Year decorations, while an “ugly” rabbit-shaped light decoration was removed from another mall in Chongqing. Academic Zhang Tiankan muses on tradition and innovation, and the evolution of traditional decorations.
Read more
Translated by Candice Chan on 24 January 2022

On 24 December 2021, the Japanese government announced that it would not be dispatching a ministerial delegation to the opening ceremony of the 2022 Winter Olympics and Paralympics in Beijing. Instead, it will be sending Seiko Hashimoto, president of the Tokyo Organising Committee of the Olympic and Paralympic Games and member of the House of Councillors; Yasuhiro Yamashita, president of the Japanese Olympic Committee (JOC); and Kazuyuki Mori, chief of the Japanese Paralympic Committee. It was also announced that Koji Murofushi, commissioner of the Japan Sports Agency, would not be attending.

The reason given was as follows: “We understand that strict measures will be put in place to prevent a Covid-19 outbreak, which will make it difficult for Mr Murofushi to provide hands-on encouragement to the athletes.”

Unlike the US and other countries, the Japanese government did not use the explicit term “diplomatic boycott”. At the same time, it has shown consideration for the US and other countries that are trying to impose a diplomatic boycott, saying, “Japan considers it important that China guarantees the universal values ​​of freedom, respect for fundamental human rights, and the rule of law, and Japan’s position has been conveyed to China directly at various levels.”

How should we interpret the Japanese government’s stance with regard to the opening ceremony of the Beijing Olympics?

In other words, the government went with an option that showed consideration both for the US and China while taking into account its own position as the host country of the previous summer Olympics.

Below, I discuss the factors that the Japanese government took into consideration when making its decision.

First, the diplomatic stance of the Kishida administration is consistent with the Liberal Democratic Party (LDP)'s Kochikai faction, a political group whose principal diplomacy objective is the balance of power diplomacy between the US and China. While some aspects have the support of other groups led by Shinzo Abe or Taro Aso, first and foremost, it is important to keep in mind that the administration’s foreign policy stance is aligned with the Kochikai faction.

Second, China sent the largest delegation to the Tokyo Olympics hosted by Japan last summer. It is important for the smooth running and continuity of the Olympics to build a cooperative relationship with the host country before and after the event, and this principle had to be taken into account.

Third, 2022 marks the 50th anniversary of the normalisation of Japan-China diplomatic relations and as such is a special year for bilateral relations. Given that China is Japan’s largest trading partner for its post-Covid economic recovery, relations with China could not be neglected. The decision may have been partly motivated by a wish to avoid straining Japan-China relations at the Beijing Winter Olympics early in 2022.

China itself “downgraded” the delegate dispatched to the opening ceremony of the Tokyo Olympics in July 2021.

Fourth, understandably there are considerations at play involving the US and other developed countries. Japan’s military security and policy toward China is centred on the Japan-US alliance or Quad. With the US, Australia, and other nations agreeing to impose a “diplomatic boycott", many in the LDP have called for the Japanese government to follow suit. Fortunately for the Kishida administration, however, France and some other countries have avoided any reference to a “diplomatic boycott”. This has enabled Japan to avoid being regarded as a diplomatic outlier.

Fifth, there is the fact that China itself “downgraded” the delegate dispatched to the opening ceremony of the Tokyo Olympics in July 2021. China had originally considered sending Vice-Premier Sun Chunlan, but later “downgraded” it to a lower-ranking ministerial level delegate, director of the State General Administration of Sports Gou Zhongwen. This was understood to have been in response to Japan’s policy of keeping China in check. Based on the principle of reciprocity, the fact that China also “downgraded” the assigned delegate to the Summer Games means that Japan’s “downgrading” of the delegate sent to the Winter Games is unlikely to pose a major issue.

While there may well be other factors at play, a comprehensive consideration of the factors outlined above would have informed the judgment of the Kishida administration.

Related: Will the West boycott Beijing's Winter Olympics over Xinjiang? | Beijing Olympics diplomatic boycott: Does China care? | China has a zero-Covid policy. Can it pull off a spectacular Winter Olympics? | Winter Olympics: 13 years later, 'Beijing welcomes you' no more?