Why modernising China is so difficult

Wei Da calls out China’s modus operandi of seeking modernisation yet fighting it at the same time. He says China’s road to modernisation faces the classic dilemmas of setting its priorities right and establishing new paradigms that will liberate it from the shackles of the past. Only then, can China imagine a future that will bring it on par with advanced civilisations. Grace Chong - 10 November 2020
US-based academic Wu Guo observes that white Americans without a university education are still the group in the country most vulnerable to the ill-effects of globalisation. With manufacturing moving overseas to countries such as China, many of these Americans doing “hands-on jobs” as blue-collar workers lost their jobs and had their middle-class dreams shattered. At the same time, they are not able to leapfrog to hi-tech manufacturing that calls for specialised skills. How can this serious issue be tackled? Would bringing back manufacturing jobs from China help?
Read more Grace Chong - 9 November 2020
Chiang Hsun marvels at the way a chive sauce made with Taiwan-grown produce brings out the flavours of a street stall scallion pancake so well. No question about it — this dish would win hands down against any Michelin-starred restaurant’s version. When will we learn to appreciate the natural and the down-to-earth, and eschew the shiny bright lights of the material and the shallow?
Read more Liberalism and globalisation serves the elites; the world needs a return to the nation state

Grace Chong - 9 November 2020
EAI academic Lance Gore finds that the trend of deglobalisation and internal unrest seen in developed countries in recent years can be attributed to the disintegration of the Western liberal social contract, as well as the struggle between various forces that seek to restore or reforge that contract. He says liberalism is only effective for the elites, while globalisation is a grand banquet for capital; the masses at large, unfortunately, fail to benefit. He sees a return to the nation-state as the precondition for repairing the social compact, and Asian countries will have an edge over the West in achieving this.
Read more 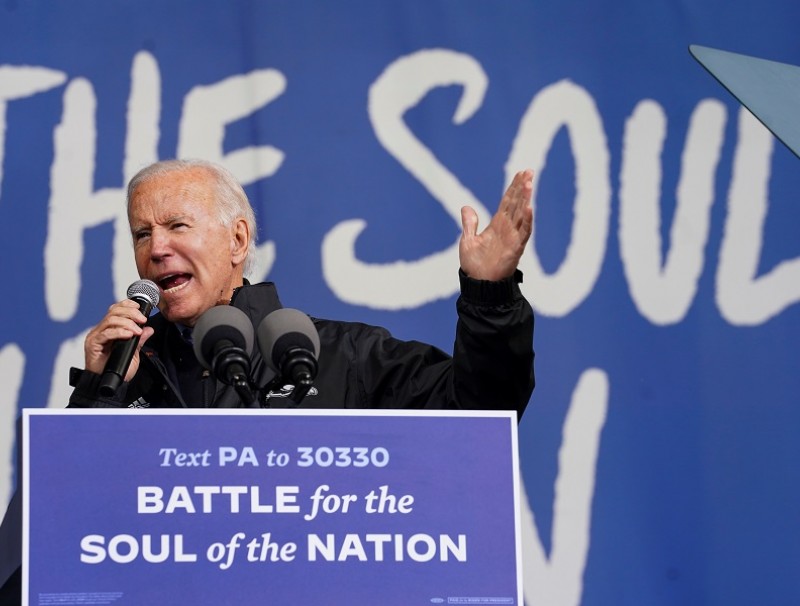 Grace Chong - 6 November 2020
In Zhu Zhiqun’s assessment, the fundamental problems between the US and China are deep-rooted and will not disappear even after the dust settles after the US presidential election. China’s rapid rise challenges to US dominance on many fronts, damaged people-to-people relations, and perceived intractable ideological differences will see the US-China relationship continue to be dogged by deep distrust.
Read more Grace Chong - 5 November 2020
Singaporean architect Mok Wei Wei and Chinese architect Chang Yung Ho are both well-respected professionals who have made contributions to the architectural heritage of their countries. Looking at architecture from the perspective of cultural infrastructure to be embedded into the contemporary urban fabric and to be left behind for future generations, both architects have worked hard to design the buildings that will satisfy these needs, and to convey the modern architectural language of their time and place. Lianhe Zaobao correspondent Lim Fong Wei speaks to the architects as part of a series of fireside chats put together to commemorate the 30th anniversary of diplomatic relations between Singapore and China.
Read more
Translated by Grace Chong on 23 October 2020

China should and must modernise — this is a simple and clear proposition. But the actual road to modernisation is a challenging and costly one. It would require a systematic overhaul of all aspects of civilisation, bearing in mind that everything is interlinked and nothing can be missed. Not only should the country be independent and liberated, prosperous and powerful, it should also embrace democracy, science, justice, and the rule of law.

...modernisation is not spontaneous or self-sustaining but something that has a foreign DNA.

China has ‘antibodies’ to resist modernisation

Half-baked modernisation is unsound, and an alien or sub-standard version of modernisation. So why is China’s road to modernisation riddled with roadblocks and challenges? Why are the many things that are commonsensical or inherent in other civilisations such tough nuts to crack in China?

While the reasons are complex and varied, it all boils down to the fact that for the Chinese civilisation, modernisation is not spontaneous or self-sustaining but something that has a foreign DNA. Thus, from day one, modernisation has to face the ultimate challenge of effectively coexisting and integrating itself with the Chinese civilisation and its inherent “antibodies”.

China’s road to modernisation faces three classic dilemmas in its priorities, paradigms, and the future.

China’s road to modernisation faces three classic dilemmas in its priorities, paradigms, and the future. These are essentially different versions of the three classic philosophical questions: Who am I? Where do I come from? Where am I going? It can be said that these three dilemmas are a testament to the conflicts and syntheses of the Chinese civilisation with its external counterparts, and make up a long passage of history that is full of fission and fusion.

The slogan of the Self-Strengthening Movement of the late Qing dynasty was “Chinese Learning as Substance, Western Learning for Application” (中学为体，西学为用). This stands in stark contrast to Japan’s stance during its Meiji Restoration period which advocated total westernisation. On the surface, it seems that China knew its priorities better and paid more attention to “Who am I”. But the catastrophic outcome of the subsequent First Sino-Japanese War is evidence that China lost itself in the end.

During the same period, China abided by another maxim: “Mastering the Enemy’s Skills to Subdue Them” (师夷之长技以制夷). This dictum once again illustrates the issue and has two salient implications: one, the enemy or barbarian does indeed have skills that are worth learning; two, barbarians are still barbarians and one learns from them just to subdue them. This reflects the deep-rooted mindset and attitude of the Chinese civilisation towards the advanced civilisations of the outside world, or in other words, modernisation. Ultimately, any change is fated to look similar to modernisation on the surface but actually be miles apart deep down.

It instead chose to wallow in the sorrow of past historical tragedies, or what can be called “not forgetting one’s history”

Until today, it is not difficult to find clear traces of such thinking in Chinese programmes like the Thousand Talents Plan (千人计划) that recruits overseas talents to work in China for a few years. No wonder foreign countries are growing wary of this programme and restricting it. They must be thinking: since you are learning from your teacher to defeat your teacher and not to coexist peacefully or develop together with him or her, then the teacher also has no reason to accept such a student.

Groundhog day for one who keeps referring to past scenarios

The second dilemma that China faces is related to paradigms. Modernisation is not intrinsically perfect, but a modern civilisation possesses the mechanisms and abilities to continually reform and surpass itself. However, China has always been perplexed about “where Western civilisation came from”. Back then, many Chinese asked this same question: Since the West is a so-called “advanced civilisation”, why did it need to oppress China?

When concepts like national sovereignty and independence became accepted and mainstream following the end of World War II, the West distanced itself from its past acts of colonial expansion. But China did not seem to understand the West’s major paradigm shift and change in strategy. It instead chose to wallow in the sorrow of past historical tragedies, or what can be called “not forgetting one’s history”.

This is mainly because the West is a foreign civilisation. If a civilisation realises that the faults and wrongdoings lie within itself, it would be easier to think through them critically, to forgive oneself and to overcome these wrongdoings, by adopting a vision for development. The problem is, when it focuses its efforts on others and on “not forgetting one’s history”, it runs the risk of misjudging reality and incurring pitfalls in its responses. For example, it could misinterpret the US’s proposal of realising a “trade balance” with China in 2018 as the start of a “new Opium War” or another “Battle of Triangle Hill”.

When faced with major setbacks, while China has always tried to sum up its experiences, it hardly ever fully accepts the lessons learnt and soon falls into the same vicious cycle again.

The dilemma of China’s established paradigm also manifests itself in the inability to understand and practice modernisation systematically and holistically. Thus, China’s modernisation efforts have always been weak and meagre since late Qing. When faced with major setbacks, while China has always tried to sum up its experiences, it hardly ever fully accepts the lessons learnt and soon falls into the same vicious cycle again.

It is difficult to break out of an old paradigm if a new and comprehensive paradigm of modernisation is absent. This would only result in a bleak future or even a repeat of the same mistakes. This is what is meant by the third dilemma of the future. While ambitious goals can be formulated under the old paradigm, can these goals be realised under the shackles of the old paradigm? How much practical meaning is there even if these goals are partially fulfilled?

How can a civilisation truly innovate and outdo itself if it can never stand on the shoulders of advanced civilisations?

Related: Modernise China’s governance? Get rid of deities and emperors | Why intellectuals failed to flourish throughout 5000 years of China's history | The return of Mao-era practices: New threat to China's political and economic modernisation | Clamp down on Chinese students and academics? America’s loss is China’s gain | What is China's biggest challenge?

During the SARS outbreak in 2003, the whole of Hong Kong came together to fight it....

During the SARS outbreak in 2003, the whole of Hong Kong came together to fight it. That unity is unfortunately...