Chinese financial commentator Tan Haojun looks at what China has done right to quickly recover after the pandemic, and what makes international financial institutions and analysts confident about its economy. 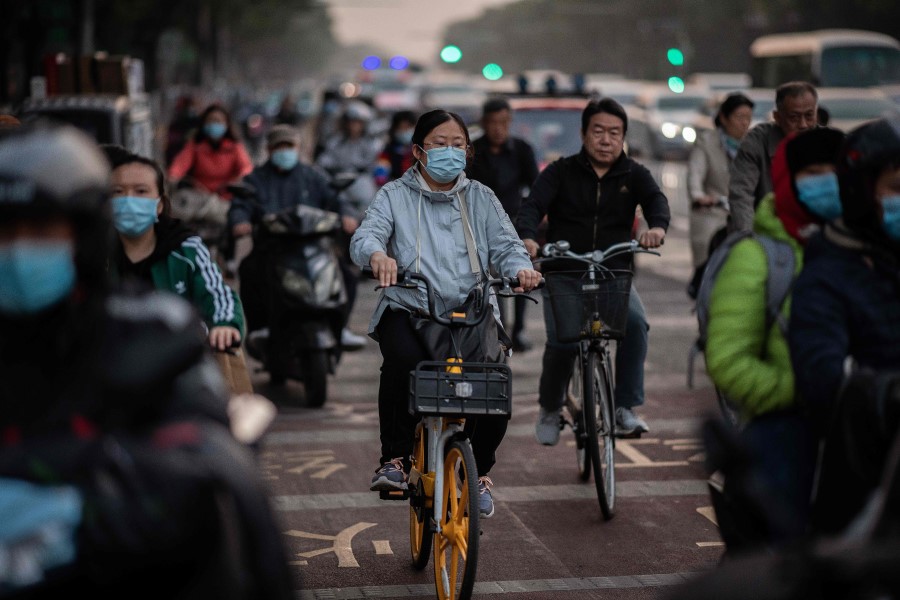 People wearing face masks as a preventive measure against the Covid-19 coronavirus commute during rush hour in Beijing on 15 October 2020. (Nicolas Asfouri/AFP) 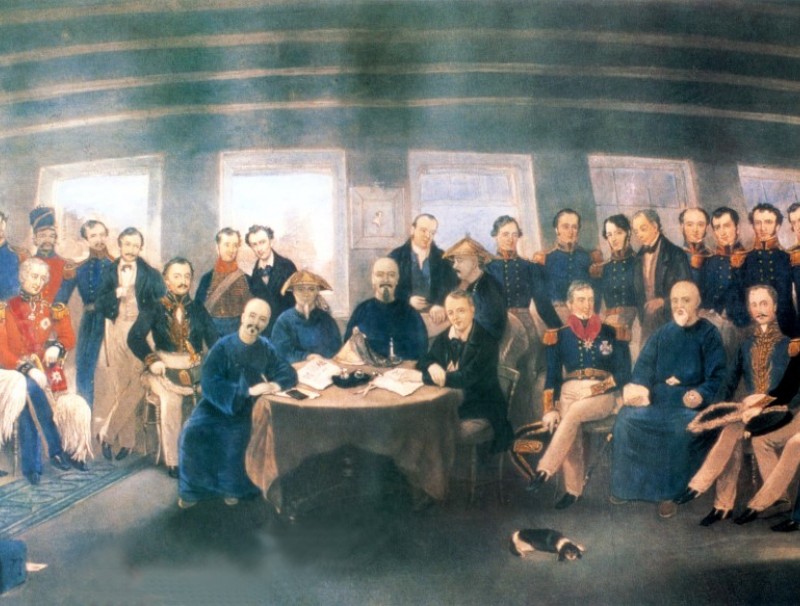 The Opium Wars: When China’s ‘century of shame’ began

Candice Chan - 29 July 2021
Pain. Humiliation. Injustice. These are the words that Chinese generally associate with the two Opium Wars, which resulted in the infamous unequal treaties that ultimately gave Hong Kong to the British for 100 years. Historical photo collector Hsu Chung-mao sheds light on this defining period of China’s history.
Read more 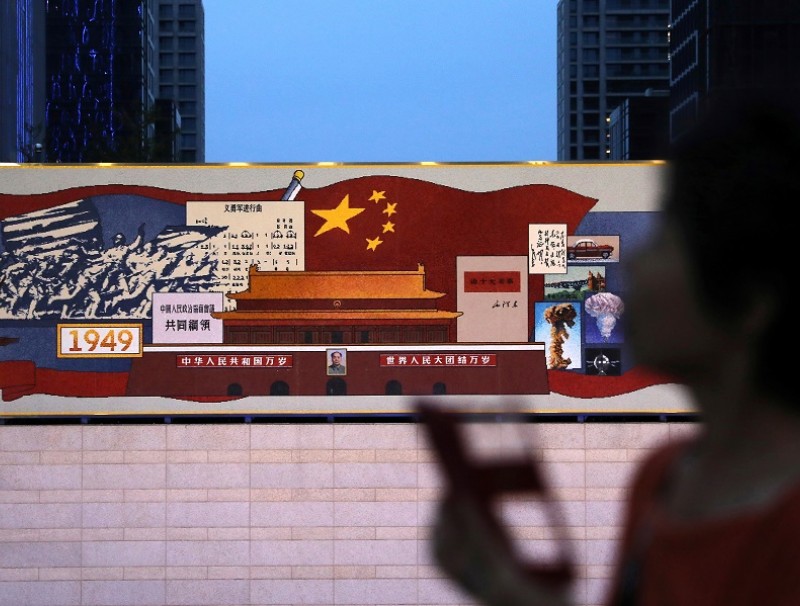 Candice Chan - 28 July 2021
Yang Danxu observes that the Chinese are becoming more confident about refuting Western media reports they deem erroneous or biased. This stems from recent events such as growing US-China antagonism, China’s rise and even some goading on by the authorities. But if unleashed in a vacuum, nationalist sentiment can be a dangerous sword that ends up hurting the one who wields it.
Read more

Candice Chan - 27 July 2021
When Lloyd Austin, the US Secretary of Defense, speaks at the 40th Fullerton Lecture in Singapore tonight, he will need to go beyond speaking about esoteric concepts such as the “rules-based international order” and promise that Washington will provide tangible deliverables in the form of pandemic assistance, economic growth and trade.
Read more

Candice Chan - 27 July 2021
Analyst Zheng Weibin notes that the clampdown on Didi shows that the competitive relationship between China and the US has affected the global interactions of tech giants, and political factors will matter more in global investments of startups in China. In the aftermath, will technological innovations such as digital manufacturing through artificial intelligence be straitjacketed?
Read more

Candice Chan - 22 July 2021
In recent years and since the pandemic led to the surge in live streaming, e-learning and other online activities, the demand for cloud computing and related services has increased significantly. Chinese companies led by frontrunners Huawei, Tencent and Alibaba are launching into all-out competition in the cloud services sector. In particular, Huawei Cloud experienced a surge in year-on-year earnings of 168%, despite US sanctions. Huawei Cloud is also aiming to clinch the top spot in the sector, erstwhile occupied by Alibaba Cloud. Caixin journalist Zhang Erchi takes a deep dive into the issue to get a sense of who's really leading the fight. In part one of the story, he focuses on Huawei.
Read more
Translated by Candice Chan on 20 October 2020

Recently, international organisations have released forecasts and outlook reports on the world economy in 2020 and 2021. One common view is that given this year’s global economy, only China will maintain positive growth — everyone else will see negative growth.

It is a case of doing well and giving others no reason to criticise even if they want to.

The fact is that China has been able to come together against the pandemic, quickly restart work and production for supply chain recovery, and drive the “domestic circulation” of its economy. It has also taken the initiative to help other countries to fight the pandemic.

... over the eight days of the National Day holiday, 637 million domestic tourists spent some 466.56 billion RMB, marking a recovery of 80% and 70% respectively over the same period last year.

As a large and populous country, China faces far more pressure in handling the pandemic than other countries, especially considering that the pandemic broke out during China’s traditional Spring Festival, where human flow is at its highest. Under the circumstances, China managed to bring the pandemic under control in just three months. And when the pandemic spread globally, it effectively controlled imported cases with strict barriers to entry.

Chinese companies out of the woods

When restarting work and production, pandemic controls did not slacken in China — both “hands” were active and firm. Hence, the pandemic did not disrupt the restart process, and the resumption of work did not cause its resurgence. High-density areas such as malls, cinemas, and attractions also did not see a spread of the virus. This allowed the restart of the economy to happen sooner and faster. In particular, this year’s National Day long weekend of 1 October marked China’s major victory against the pandemic, and gave people more confidence and resolve to start spending.

Figures show that over the eight days of the National Day holiday, 637 million domestic tourists spent some 466.56 billion RMB, marking a recovery of 80% and 70% respectively over the same period last year. Food and beverage, physical stores, hotels, and cinemas have also recovered by about 70%; “revenge spending” has finally surfaced like love delayed. More importantly, even with the heavy human flow, there was no new outbreak of the coronavirus, which further helped to increase consumer confidence. Many people said they wanted to find more opportunities to travel and spend.

When it comes to enterprises, since the recovery process began, from the central level to the local level, many policy measures have been taken to help enterprises resume work and production and quickly stimulate the supply chain. In particular, there has been a slew of policies — financial, tax, macro, micro, general, focused, existing, and new — to help small, medium, and micro enterprises, to provide whatever is lacking.

Whether it is US- or European-funded companies or Asian companies from Korea or Japan, they are not thinking of pulling out of China. On the contrary, they are seeking to invest more in China

At the same time, China has leveraged the opportunity of handling the pandemic to reform its administrative approval system, simplify work processes, and increase service efficiency. All this has helped enterprises to recover. So far, most enterprises have basically resumed normal operations — at least, they are able to satisfy market demands. What needs to be done is to effectively expand market demand through domestic circulation, to shore up overall economic recovery.

Foreign companies not pulling out of China

Recently, some foreign media have been badmouthing China and saying that foreign-funded companies are pulling out of China in droves; but other ethical foreign media have also carried out in-depth investigations and published fair and objective reports refuting such claims. Whether it is US- or European-funded companies or Asian companies from Korea or Japan, they are not thinking of pulling out of China. On the contrary, they are seeking to invest more in China, for the simple reasons that China’s economy is stable, the Chinese government is able to handle complex affairs, and China has a huge consumer market.