History shows that whether it was the Korean or Vietnam War, or the later military campaigns in Iraq or Afghanistan, the US rarely won the war as it was simply not their war to fight. With little real skin in the game, their opponents fighting tooth and nail for their homeland often got the upper hand despite being much weaker. Can the Taiwan case, if ever any skirmishes break out, be any different? Soldiers take part in a drill in a military base ahead of the Lunar New Year in Hsinchu, Taiwan, 19 January 2021. (Ann Wang/Reuters) Grace Chong - 18 March 2021
From a laser-etched calligraphy in a restaurant, art historian Chiang Hsun delves into the writings of Qing dynasty painter and calligrapher Zheng Xie, better known as Zheng Banqiao. Zheng was part of the “Eight Eccentrics of Yangzhou” group of painters who had wealthy businessmen patrons and developed an aesthetic grounded in the material and secular. Bright and colourful scenes of mirth were common — unlike the Song and Yuan dynasty literati before them who indulged in melancholic musings above worldly concerns. Contemporary ink artists may want to get some inspiration from Zheng's works, and boldly declare the feelings and observations of the times.
Read more Power struggles and Chinese influence in the Pacific Island region 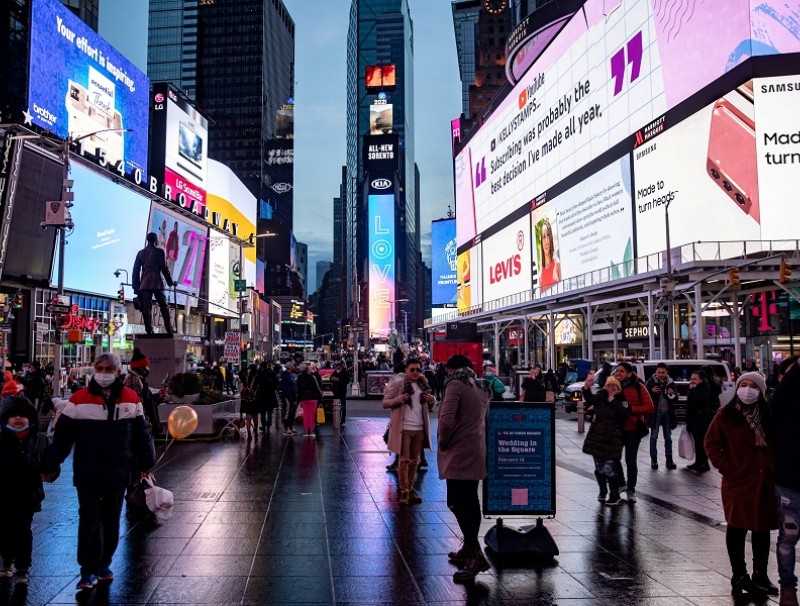 Has the US walked into China's trap?

Grace Chong - 17 March 2021
Han Dongping calls out the weaknesses in US foreign policy, explaining that its foreign policy missteps have contributed to the deep-seated issues it faces today. If having to learn from the past is not enough, it is as if the US has walked into China’s trap, getting mired in interventions while China watches and waits as the US slowly exhausts its power. If nothing changes, the impact on the US and the rest of the world could be catastrophic.
Read more How to solve the Chinese headache of learning English

Grace Chong - 15 March 2021
Wu Guo asserts that the current piecemeal way of learning English, focusing on exam questions and answers, will not help the Chinese get very far in mastering the English language. Will they be willing to take the longer but likely more rewarding path of appreciating the language in its entirety?
Read more 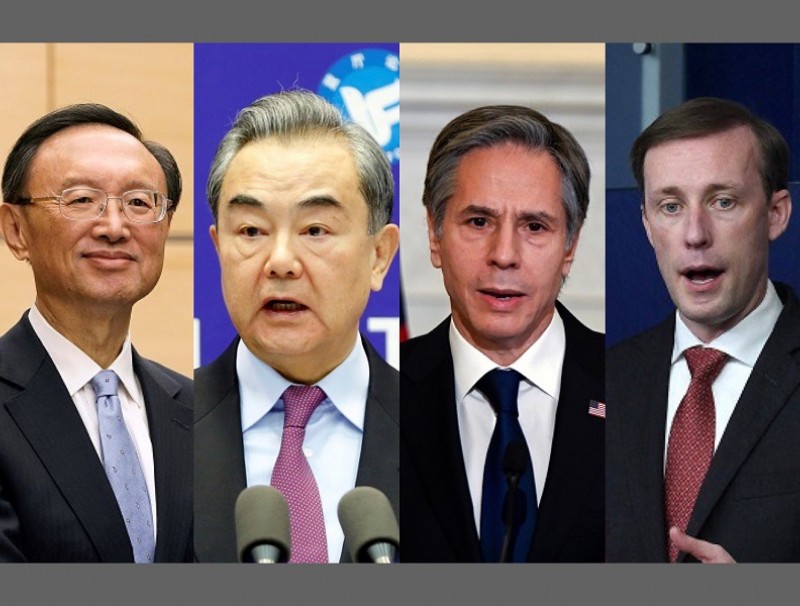 US-China talks in Alaska — how far can they go?

Grace Chong - 15 March 2021
Top officials in the Biden administration and the Chinese government are meeting in Alaska this week for what has been touted as the first high-level contact between the two countries under the new US administration and one to watch. Can this meeting turn the page on testy US-China relations? Yu Zeyuan gives a preview.
Read more
Translated by Grace Chong on 5 April 2021

Whenever military generals and politicians discuss the Taiwan issue, they invariably say that the mainland will gain a military advantage in the Taiwan Strait at some point and reunify with Taiwan. But analyses based on military strength alone have been proven wrong by history. In their military campaigns abroad, the US often had greater military prowess, but rarely won. This means that weaponry does not determine the outcome of a war.

During the Korean War, China and the US were poles apart in terms of military equipment and national strength. Nobody thought China would deploy its troops. US General Douglas MacArthur believed that China would not enter the fray; if it dared to do so, many of its troops would perish. But China did send its army to war and even achieved its strategic goals.

In Vietnam, military advantage but little skin in the game

During the Vietnam War, the US had an absolute advantage in terms of weaponry and national strength, but they failed to win the war. I have a friend who is a retired US army colonel. He thinks that the US was defeated in the Korean and Vietnam Wars because the president refused to let the military have free rein in winning over their opponents. I told him that wars are not killing games but battles fought for political goals. That is why military generals do not decide when to wage wars, but merely implement the strategies of politicians.

Throughout the Vietnam War, American soldiers did not understand why they had to risk their lives fighting against Vietnamese farmers for no reason.

Mao Zedong once said, “Weapons are an important factor in war, but not the decisive factor; wars are won or lost because of the people fighting it, not weapons.” Entering the Korean War was the hardest decision Mao had ever made. Almost all of his generals had opposed joining the war. But he went against the tide and pushed otherwise because he saw the opponent’s weakness and China’s strength. The Chinese troops to be sent for war were farmers with allocated land. If the US won and Chiang Kai-shek came back to power, the farmers would lose their land. Thus, they were fighting to defend the achievements of land reform (土改) and this was why to China, resisting the US and aiding North Korea was also defending their own country. On the other hand, the troops of the US and its allies did not know what they were fighting for. The war was not related to them, their families, or even their countries. It was only natural that they would not lay down their lives for such a war.

Throughout the Vietnam War, American soldiers did not understand why they had to risk their lives fighting against Vietnamese farmers for no reason. They only wanted to finish their year’s tour of duty and get out alive. Junior officers who forced their platoon to take unnecessary risks were often beaten to death by their own men. Under such circumstances, it is unsurprising that the US was defeated in Vietnam.

No beef with the Iraqis or Afghans

Following the end of the Second World War, while the US was embroiled in countless wars and fought against small and weak countries, they rarely won as well. Even against Third World countries such as Iraq and Afghanistan, the US found themselves at their wits’ end. Why? American soldiers simply had nothing against Iraqis and Afghans. The US government waged war against Afghanistan using the September 11 attacks as an excuse, and targeted Iraq based on the lie that the regime had weapons of mass destruction. But American soldiers did not want to lose their lives because of such wars. To them, going to Iraq or Afghanistan was a hardship post while for the Iraqis and Afghans, they were fighting for their homeland and had to defend it at all costs. To deploy troops to Afghanistan, the US has to spend US$1.5 million on each soldier per year. On the other hand, the Afghans do not have to spend a single cent — as long as they continue to resist, they would bleed the US dry, and force them to give up in the end.

The ancient Chinese military treatise The Art of War is required reading at many American law, business, and international relations schools. It is also on the reading list of the course I teach at my university. Over the past two decades, dozens of students have read this book but few have understood its true meaning. Many thought it was about winning wars without realising that it was also about not going to war in the first place. The book delves into the dangers and life-and-death severity of war, and why it should only be used as a last resort. It also says that a war can only be fought when the people and government are of one heart, and that the supreme art of war is in subduing the enemy without fighting them.

Chinese will fight tooth and nail to defend territorial integrity

But none of the wars that the US has waged overseas have been about their country’s survival; they were all wars waged to maintain US hegemony. The ordinary American is unable to tell what these wars have to do with them. When Mao decided that China would get involved in the Korean War, he sent his son to war, who was later killed on the battlefield. The Chinese are willing to fight for their territory. But would the Americans be willing to fight for Taiwan’s independence? American politicians claim that they would, but would they sacrifice their own sons for it? Are Americans willing to die for Taiwan’s independence? People with common sense will know that this is impossible.

In 1996, when the cross-strait relations were tense, the US sent two aircraft carriers to the Taiwan Strait. When that happened, I was conducting fieldwork at a Chinese village. One night, a group of 24 rural youths asked me about Taiwan’s reunification with the mainland. I told them that modern warfare would result in huge casualties. I asked how many of them would be willing to risk their lives for Taiwan. 23 of them raised their hands. The remaining youth said that he was unsure as he had just gotten married.

In 1999, the US bombed the Chinese embassy in Belgrade. That summer, I was conducting fieldwork at a village in Henan. A farmer told me that his wife asked him how much money they had left because she wanted to know how much ammunition she could buy with it. She said that the country’s embassy had been bombed and they needed to donate money to the country. Here, a rural woman unwilling to spend on her meals and clothes was instead willing to donate money to defend her country’s dignity. This is Chinese tradition.

In challenging the territorial integrity of China, the Americans should consider if they would risk their lives to fight against a people who are willing to defend their country’s sovereignty.

Related: Can Taiwan fight for as long as it takes? | Will China take Taiwan by force within six years? Taiwanese think not and experts are worried | Has the US walked into China's trap? | Taiwan would once again be abandoned amid China-US competition