China's official app for digital yuan is seen on a mobile phone next to 100-yuan banknotes in this illustration picture taken 16 October 2020. (Florence Lo/REUTERS)

Candice Chan - 26 November 2020
A community hospital in Yiwu, Zhejiang, is offering coronavirus vaccinations to the public, as long as they make online bookings and offer proof of work or study in Yiwu. But how reliable are these proofs, and how effective is the vaccine? Zaobao correspondent Chen Jing finds out more.
Read more 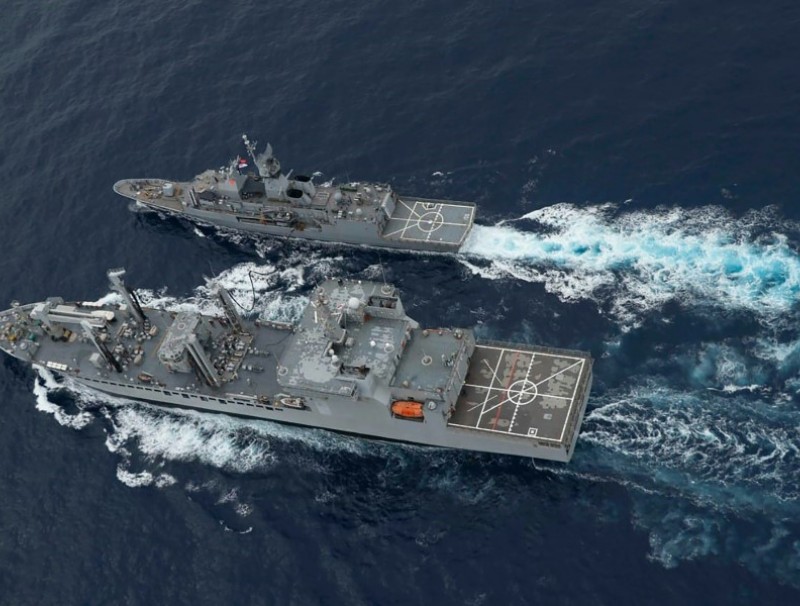 Candice Chan - 26 November 2020
With both India-China and US-China relations grinding to a halt, the strengthening of India-US ties unnerves China the most, says Amrita Jash. Will recent high-signature events — such as the signing of the Basic Exchange and Cooperation Agreement for Geo-Spatial Cooperation (BECA) between the US and India, and the Malabar exercise involving the Quad countries of India, Japan, Australia and the US — have China walking on eggshells?
Read more

Candice Chan - 23 November 2020
Even as some dismiss the US and say it is set on a downward trajectory, commentator Deng Qingbo says its powers of recovery are too strong for it to be ruled out. As a superpower, it has the means to make adjustments and move forward. China has much of that resilience too, given that is the only country in the world with an unbroken civilisation of 5,000 years. Deng examines the strengths and weaknesses of both nations in terms of their abilities to recover from setbacks, and their nimbleness in correcting mistakes.
Read more
Translated by Candice Chan on 18 November 2020

China’s efforts to formally establish a digital RMB go back to 2016, when the People's Bank of China (PBOC) established its Digital Currency Research Institute. Key results were seen in April 2020, with the PBOC announcing pilot initiatives in several provinces and cities. The pace of development indicates that the widespread use of e-RMB is imminent.

I have always felt that a central bank-issued digital currency taking the place of paper currency is a natural progression of technological advancement, and an inevitable consequence of economic momentum. But I do not agree with the many claims that the e-RMB will play a key role in the internationalisation of the RMB. Focusing too much on the technical advancements of digitalisation while ignoring the stronger, more fundamental market forces makes it easy to come to a biased conclusion.

Digitalised or not, we have to ask: what advantage is there in trading in RMB over the US dollar? If there is no advantage, why hope that the RMB will become a major international currency?

What advantages are there to trading in RMB over the US dollar?

Firstly, the existence of e-payment tools may not directly translate to high take-up rates. Obstacles faced by e-RMB within China include credibility of technology and people’s usage habits. Convenience and necessity would determine its take-up rate — given the success of Alipay and WeChat Pay, I am confident of the outlook for e-RMB within China.

Internationalisation calls for a high take-up rate outside of China. We have to ask: why is the RMB not widely used by foreigners? Those who have used the paper RMB overseas would agree that it is welcome in tourist spots, for the sake of Chinese tourists. The key is not whether it is digitalised, but the motivations for the receiver. What about large trading payments? Digitalised or not, we have to ask: what advantage is there in trading in RMB over the US dollar? If there is no advantage, why hope that the RMB will become a major international currency?

The stable growth of China’s economy is surely the number one factor in the RMB becoming a major international currency.

Moreover, if the e-RMB does not come with anti-money laundering features, it may very likely take the place of Bitcoin as a money-laundering tool, in getting past foreign exchange regulations or to carry out other illegal activities. While money laundering is a real economic need, most people would not consider it something to be trumpeted. More importantly, there is limited need for money laundering and such a purpose is far from sufficient to make the RMB a major international trading currency.

Incentive needed to use RMB as a tool to store value

Secondly, currency is both a medium of exchange and a tool to store value — each is inseparable from the other. Value storage means investing the currency that one holds into financial tools in that same currency, to earn short, or medium- to long-term gains. The numerous value storage options for RMB would make it more attractive to use RMB to trade. Foreign exchange regulations on RMB give foreign companies and individuals holding RMB limited channels to invest. Converting to US dollars or euros before investing would mean having to convert back to RMB according to future trading needs; fluctuating exchange rates and additional trading costs make this option unattractive.

... much would depend on the pace of relaxing foreign exchange regulations on RMB, the allowance for the diversification of financial products, and ensuring greater certainty in economic dispute arbitration.

When the RMB is digitalised, foreign exchange transactions will get faster and cheaper, but exchange rate movements are not dependent on digitalisation. To put it simply, technological advancements are not enough to shift the fundamental considerations mentioned above.

For the RMB to become the main choice for foreign persons and companies in value storage, and the main foreign exchange reserve for foreign governments, much would depend on the pace of relaxing foreign exchange regulations on RMB, the allowance for the diversification of financial products, and ensuring greater certainty in economic dispute arbitration.

After World War II, the US profited greatly from the US dollar, in a testament to the importance of being a major international currency. The aim of making the RMB an international currency is clear, but the process has to be done step by step. The Chinese government’s actions in capital control and capital outflow when the RMB weakened in 2016 shows the effect of capital regulation on financial and economic stabilisation. Making the RMB international calls for an appropriate balance between reform and maintaining financial stability. In any case, an e-RMB will not be a key catalyst for internationalisation of the RMB, but it will be a major milestone in China’s modernisation.

Related: As China's digital currency moves ahead, can Facebook's Libra match up? | Jack Ma: Traditional banks are operating with a 'pawn shop' mentality | Is Shanghai on track to becoming an international financial centre in 2020?