Researcher Chen Hongbin says that Japan's reason for opposing cross-strait reunification, that China could sever Japanese maritime oil routes by firing from eastern Taiwan, is unfounded. China already has the capability to attack Japan's oil tankers anyway, even without reunification; but most importantly, any maritime security issue in the vicinity would pose a greater threat to China. 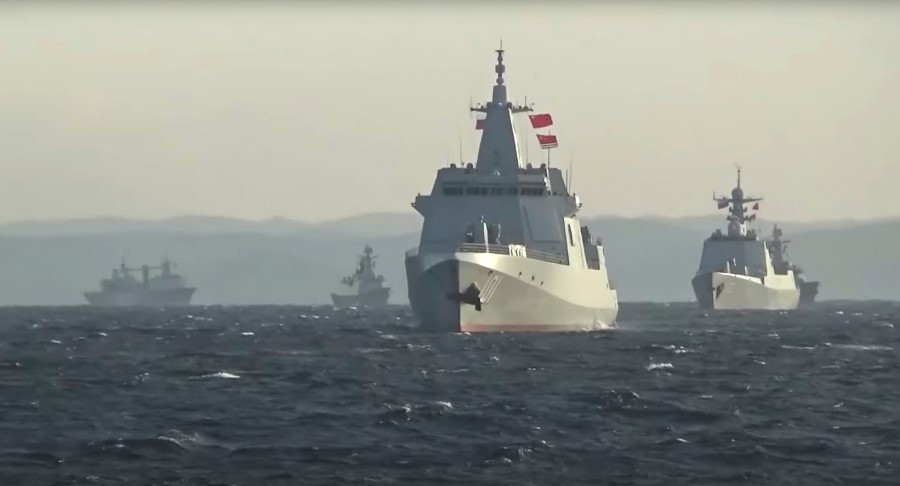 Candice Chan - 10 August 2022
Li Cheng, director of the John L. Thornton China Center of the Brookings Institution, notes that China’s emergence as an economic powerhouse has been accompanied by the rise to prominence of seasoned financial technocrats or self-taught experts. While these "new kids on the block" will most likely enter the new CCP Central Committee this fall for the first time, time will tell how they will respond to the many daunting economic and financial challenges at both the provincial and national levels.
Read more
Translated by Candice Chan on 19 April 2022

For many years, Japan has strongly opposed the reunification of China and Taiwan. Since last year, many Japanese politicians, led by former Prime Minister Shinzo Abe, have put forward an entirely flawed rhetoric that “a Taiwan emergency is a Japanese emergency, and therefore an emergency for the Japan-US alliance”. They believe that Japan can be easily threatened due to its close proximity to Taiwan, with its south-westernmost island of Yonaguni merely 110 km away.

By simply examining the facts, it is clear whether a war will affect another country over 100 km away. For example, the ongoing Russia-Ukraine war has not spread to neighbouring countries such as Belarus, Poland, Slovakia, Hungary, Poland and Moldova. Also, the 20-year Afghanistan war waged by the US, which ended in 2021, had likewise not affected neighbouring countries such as Iran, Turkmenistan, Uzbekistan, Tajikistan, China and Pakistan. Hence, the argument that countries over 100 km away will be affected is absurd.

Maritime transportation is critical to Japan, and the “lifeline” here mainly refers to the maritime oil routes.

Aside from Japan’s historical attachment to Taiwan, having previously ruled the island for 50 years, and the staunch pro-Taiwan factions in the Japanese Liberal Democratic Party, maritime transportation security is a more realistic reason for Japan’s concern over a cross-strait reunification.

Japan has long declared that its sea lanes are its “lifeline” and of existential importance to Japan’s security. On top of a rather limited domestic market, Japan lacks energy and resources, and therefore relies on energy imports, including 99.8% oil, 98.4% of coal, 96.6% of natural gas and 100% of uranium used in nuclear power plants. It exports a huge volume of manufactured products, about 20 million tonnes of high-tech products and 70 million tonnes of other manufactured products. Maritime transportation is critical to Japan, and the “lifeline” here mainly refers to the maritime oil routes.

Due to its almost complete dependence on oil imports, the disruption of maritime oil routes is an unimaginable “national risk” for Japan despite three months' worth of oil reserves. An oil shortage will disrupt Japan’s economic activities.

For the factions in Japan concerned with defence, Taiwan is crucial to the security of Japan’s sea lanes. For the first time, Japan has officially put forward in its defence white paper titled "2021 Defense of Japan", that stabilising the situation surrounding Taiwan is important for Japan’s security and the stability of the international community. Some right-wing scholars have even suggested that “Japan and Taiwan are a community of shared destiny” and that “Japan’s destiny depends on Taiwan”.

If China wanted to target these Japanese oil tankers, it would not need a cross-strait reunification to fire from eastern Taiwan; its short-range missiles could already do the job.

Japan binds its national security to Taiwan because it largely views Taiwan as critical to the security of its sea lanes. Cross-strait reunification will mean that the oil tankers bound for Japan via the open seas off Taiwan will be completely within China’s effective strike range, making it extremely easy for China to sever Japan’s sea lanes. This has become a nagging anxiety to some Japanese, resembling the sword of Damocles. In reality, this concern is absolutely unnecessary and completely unfounded.

The combined width of the Taiwan Strait (averaging 200 km) and the island of Taiwan (less than 150 km) is approximately 350 km. This means that the sea lanes for Japanese oil tankers on the east of Taiwan are about 400 km away from the south-eastern coastline of mainland China — within the effective range of short-range missiles.

If China wanted to target these Japanese oil tankers, it would not need a cross-strait reunification to fire from eastern Taiwan; its short-range missiles could already do the job.

Since Japan is currently not worried about China’s short-range missiles, concerns that cross-strait reunification will threaten the security of Japan’s sea lanes are likewise unfounded.

More importantly, the reality is that despite China having greater energy self-sufficiency and a far larger domestic market than Japan, China’s increasing demand for energy and resource imports due to its rapid development, as well as its export volumes, have clearly surpassed that of Japan.

Restricted by Article 9 of its constitution, which renounces war as a sovereign right of the nation and the threat or use of force as means of settling international disputes, Japan is unable to ensure the security of its sea lanes beyond 1,000 nautical miles.

Although China has enhanced its defence capabilities in recent years, it is still unable to ensure the security of its sea lanes beyond the South China Sea. While China imports about 15% of its oil from Russia and small amounts from Central Asia and Mongolia by rail, oil imports from other countries are still transported by sea.

Therefore, even if China was to sever Japan’s maritime oil routes, it must also consider the security of its own sea lanes.

Therefore, even if China was to sever Japan’s maritime oil routes, it must also consider the security of its own sea lanes.

Simply put, this is common sense, so Japan’s worries are completely unfounded. Evidently, there is little reason to support or encourage Taiwan’s independence and oppose cross-strait reunification from this perspective alone. Of course, it will be an entirely different matter if the motivation stems from the aversion to a more powerful China if cross-strait reunification materialises.

For over half a century after World War II, Japan’s development and prosperity have largely benefited from global peace and stability. Similarly, China’s rapid development over the 40 years since its reform and opening up have also benefited from sustained global stability.

As long as Japan does not join hands with the US to directly engage in hostility against China by intervening or brazenly using force to thwart cross-strait reunification, then China will not injudiciously adopt the reckless policy of severing Japan’s oil transportation routes. This will absolutely damage China’s sustainable economic development and its participation in the global economy.

Due to China’s much greater dependence on maritime transport compared with Japan, China will never adopt a lose-lose policy. The pro-Taiwan politicians in Japan who have deliberately turned a blind eye to this fact will continue to choose to be ignorant. Understanding the basic facts in the above discussion should help the previously anxious individuals to stay calm, and alleviate the concern that cross-strait reunification will threaten Japan’s maritime security.