Shenzhen has grown rapidly over the past 40 years, such that its GDP reached a massive 2.7 trillion RMB in 2019. Just this month, the Chinese government released a five-year plan to make Shenzhen a “pilot demonstration area for socialism with Chinese characteristics”. Amid plans for reforms and new initiatives, EAI academic Yu Hong asks: How much autonomy will Shenzhen have, and what challenges will it face? 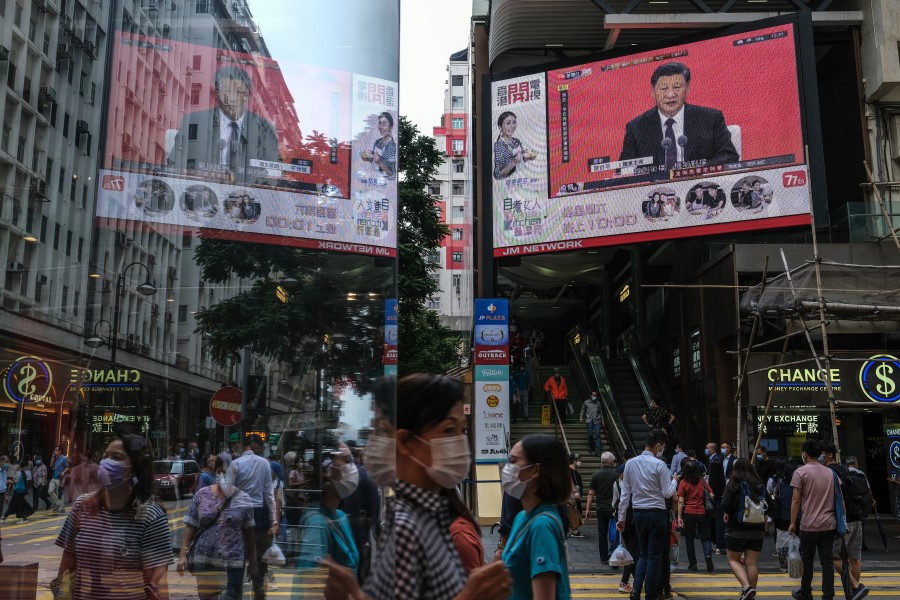 A news report on Chinese President Xi Jinping's speech in the city of Shenzhen is shown on a public screen in Hong Kong, 14 October 2020. (Roy Liu/Bloomberg) Candice Chan - 30 September 2019
In the second part of his series on the BRI, Professor Gu Qingyang explains why the US should consider working with China on the BRI.
Read more Candice Chan - 26 September 2019
At present, there are about 12,000 American students studying at Chinese universities, while the number of Chinese students studying in the US is 30 times as many. Prof Zhu Zhiqun who teaches in an American University says this will impact China-US relations in the long run.
Read more 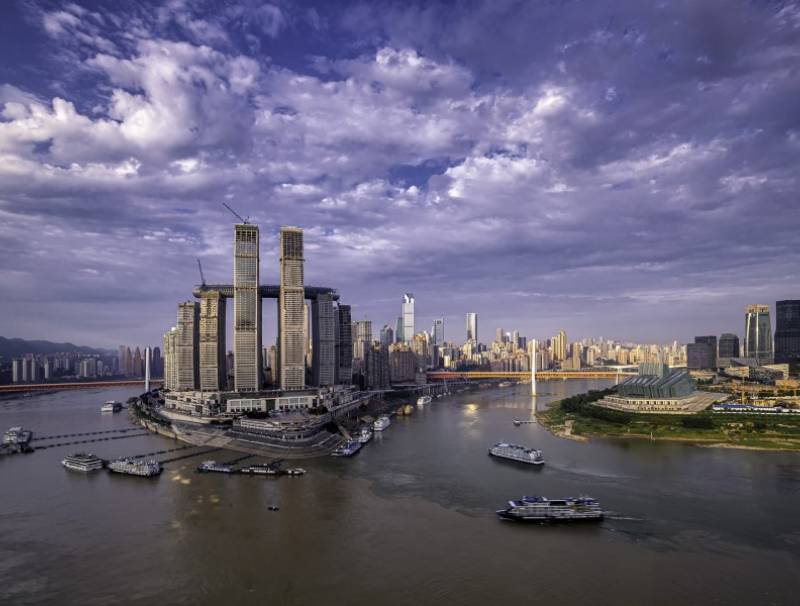 Trade war? There are always business opportunities to be found 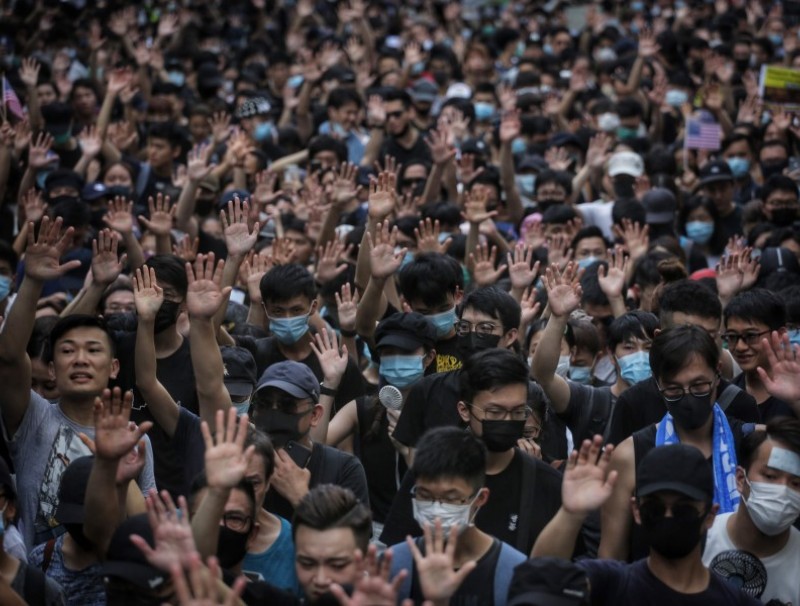 Candice Chan - 24 September 2019
With the ongoing unrest in Hong Kong, what can its government do to soothe the anger?
Read more
Translated by Candice Chan on 16 October 2020

This year marks the 40th anniversary of the Shenzhen special economic zone (SEZ). Since its establishment in August 1980 as a testbed for China’s reform and opening up, Shenzhen has carried out the mission of being a pathfinder for China’s development. Shenzhen is the best window through which to observe China’s growth and opening up, and to understand China’s domestic economic reform.

The epitome of China’s rapid development

Shenzhen is a microcosm of China’s reform and opening up. It took just 40 years to go from a little fishing village on the periphery, to one of the most innovative and vibrant modern cities in China. In 1988, following a visit to Shenzhen, Singapore’s founding Prime Minister Lee Kuan Yew said that if Shenzhen could make it in the following 10-15 years, there was no reason China could not make it. The keen-eyed Lee was correct in his assessment of Shenzhen. Between 1979 and 2019, Shenzhen saw an average annual economic growth of over 20%, and its gross domestic product (GDP) in 2019 was 2.7 trillion RMB (about S$534 billion). Its economy surpassed that of Hong Kong across the river, and is also bigger than that of Singapore, Denmark, Chile, and South Africa.

Shenzhen has the advantage of being on the coast, and is connected to China’s domestic hinterland through a three-dimensional (sea, land, air) transportation network. It holds an important strategic position in China’s regional development blueprint, and has a prominent ripple effect in stimulating China’s economy, particularly in the Guangdong-Hong Kong-Macao Greater Bay Area, where it accounts for at least 20% of economic volume, making it a key driver of the area. Conversely, the Greater Bay Area also provides a hinterland and market for Shenzhen.

Shenzhen accounts for 2.7% of China’s total economy, and 9.4% of its external trade. In 2019, Shenzhen’s per capita GDP was US$29,400, nearly three times that of China’s, and its container throughput was more than 25.7 million TEUs, making it the third largest container port in the world.

A diversified market economy and open commercial environment, innovative companies and a strong manufacturing sector are highlights of Shenzhen’s attractiveness and competitiveness. Many of China’s top tech companies, from Huawei and Tencent, BYD and DJI, to BGI Group, have converged in Shenzhen. The city also has the edge in developing sectors in China, such as electronic communication, digital economy, biotechnology, and new materials — in 2019, the added value of the high-tech industry accounted for 34% of its GDP.

In indicators of openness pertaining to external trade and attracting foreign investments, Shenzhen is a leader among China’s major cities. As an outward-facing economy, its external trade is 110% of its GDP. Its growth over the past 40 years has been due to its close ties with the global economy. Shenzhen draws on external resources and its deep involvement in the global supply chain to achieve rapid economic growth.

According to the timeline, Shenzhen has to complete its reforms within five years...

In October 2020, the Chinese government announced a five-year plan to develop Shenzhen into a “pilot demonstration area for socialism with Chinese characteristics”, once again bringing the city into the spotlight. According to the plan, the Chinese government will give Shenzhen the authority to carry out test reforms in multiple areas rather than individual areas. According to the timeline, Shenzhen has to complete its reforms within five years, showing the ambitions of China’s leaders in developing Shenzhen into a model for China’s development.

Based on China’s negative lists for foreign investment, the Chinese government will come up with a similar list for Shenzhen, but seek to lower the threshold for entry into the Shenzhen market, in order to build a more equal market environment and allow fair competition between domestic and foreign companies. Shenzhen will be allowed to further open up key sectors such as energy, finance, communications, transport, and education. However, the document was short on details, such as how exactly these sectors would lower their thresholds and further open up to foreign investments.

Due to the limitations of the current system, local governments do not have sufficient authority to push independent reforms, and do not have sufficient regulatory authority. And while the five-year plan does mention giving Shenzhen more provincial-level autonomy for reform, because their hands are tied by local stakeholders, it remains to be seen how much autonomy the central government and Guangdong government give Shenzhen to carry out reforms.

China needs to support Shenzhen’s reform and opening up and make it a model city for China’s future development so as to solve these internal conflicts and problems and build China into a high-income economy.

Testbed to create the next model for reform

Western countries are facing high unemployment rates, ageing populations, and economic challenges brought about by the hollowing out of the domestic industrial economy. At the same time, economic growth rates in emerging markets are also declining. Amid the waves of anti-globalisation and trade protectionism sweeping across Western countries, economic globalisation is under tremendous pressure.

In addition, the internal conflicts and accumulated problems arising from China's economic development, which include environmental degradation, the inability to improve people’s livelihoods, uneven regional development, and a widening gap between the rich and the poor, are also hindering China’s further development. China needs to support Shenzhen’s reform and opening up and make it a model city for China’s future development so as to solve these internal conflicts and problems and build China into a high-income economy.

Viewed through the larger perspective of China’s reform and opening up, further reform and opening up will boost Shenzhen's growth capacity as an innovation-driven economy, and speed up the reform of institutional functions and the innovation of management systems at the local government level. Not only that, it will be the testbed to help create a model for a higher level of opening up that can be replicated in other cities. At a grand gathering celebrating the 40th anniversary of the establishment of the Shenzhen SEZ, Chinese President Xi Jinping stated that China’s special economic zones must not only continue to run but do so at a better and higher level.

In short, the Chinese government hopes to develop Shenzhen into a region that is the most open and which enjoys the best business environment in China. One of Shenzhen’s most important goals is to become an important node in China’s large domestic cycle and be the country’s fulcrum in its “dual circulation” growth model strategy, as it leverages on being embedded in the international cycle. Through institutionalising a system that aligns with internationally accepted rules, Shenzhen plans to continue to embrace market-oriented economic reforms.

The five-year plan did not mention how Shenzhen can cushion itself from the impact of a changing international environment and intense China-US competition, especially in terms of tech decoupling.

Problems and challenges ahead

Shenzhen’s opening up must be a two-way street and cannot be its own wishful thinking. It is still too early to tell if Shenzhen’s new reform policies will be attractive enough to foreign investors. A hard road lies ahead for Shenzhen in its efforts to lead China in a new round of opening up. Externally speaking, Shenzhen faces the tough challenge of maintaining and deepening its foreign relations amid an increasingly complex international environment due to major shifts in the geopolitical environment, intense China-US competition, and a badly hit economy as a result of the Covid-19 pandemic.

Moreover, Shenzhen bore the brunt of the China-US trade war. Shenzhen’s key strengths are in the high-tech industries of electronic communication and so on. These are the exact industries that have been affected by the US’s restrictions on exports of related technologies and products. Tech companies in Shenzhen such as Huawei, Tencent, BGI Group, and DJI have also been sanctioned and listed under the US Department of Commerce’s Entity List. The five-year plan did not mention how Shenzhen can cushion itself from the impact of a changing international environment and intense China-US competition, especially in terms of tech decoupling.

Looking at internal factors, while Shenzhen enjoys great economic development, the same cannot be said of its social development in areas such as education, healthcare, and so on. Shenzhen lacks quality medical resources in its healthcare industry. Not only are there less than two doctors per 1,000 Shenzhen residents, the number of hospitals and hospital beds is also insufficient to cater to the needs of over ten million residents. In the educational realm, Shenzhen lacks a top university and is a long way behind foreign universities in research. Essentially, the lack of a top university limits Shenzhen’s ability to conduct basic research and improve research innovation. Local Shenzhen universities are also unable to cope with the important task of cultivating talents and building a research innovation platform.

While Shenzhen is a paradise for the powerful and wealthy, the majority of the working class live difficult lives and may never be able to afford a house due to exorbitant housing prices.

While Shenzhen is a paradise for the powerful and wealthy, the majority of the working class live difficult lives and may never be able to afford a house due to exorbitant housing prices. Shenzhen’s income inequality is also more apparent than other Chinese cities. Here again, the five-year plan did not address Shenzhen’s challenges of high housing prices, a large income gap, and weaknesses in its educational and healthcare development.

In terms of port development, while Shenzhen’s container throughput is among the top in the world, it still cannot be called an international shipping centre in the true sense of the term. It is still some distance away from matching the standards of the world’s top ports in terms of transport facilitation, cargo clearance efficiency, and the development of port and shipping services. In particular, it is lacking in the industries of highly value-added shipping insurance, shipbroking, and shipping transactions.

Related: Greater Bay Area: Ambitions, realities and the position of Hong Kong | Connecting the world: Role of China and Singapore | Cut-throat competition for world-class chips: The end of Huawei? | China's turn towards domestic market amid global uncertainties — good for the world?

Economy
Is it possible to decouple from the world's biggest market and factory?

Economy
Are the Czechs alarmed by China's buying power?

Despite US efforts to reduce reliance on China and decouple from it, the process... Despite US efforts to reduce reliance on China and decouple from it, the process will not be easy, given China’s...