AI stars in China and the US lose their shine

Technology expert Yin Ruizhi looks at artificial intelligence (AI) companies and the development of strong and weak AI, and notes that instead of chasing after strong AI for general use, perhaps weak AI for specialised use is the way to go. 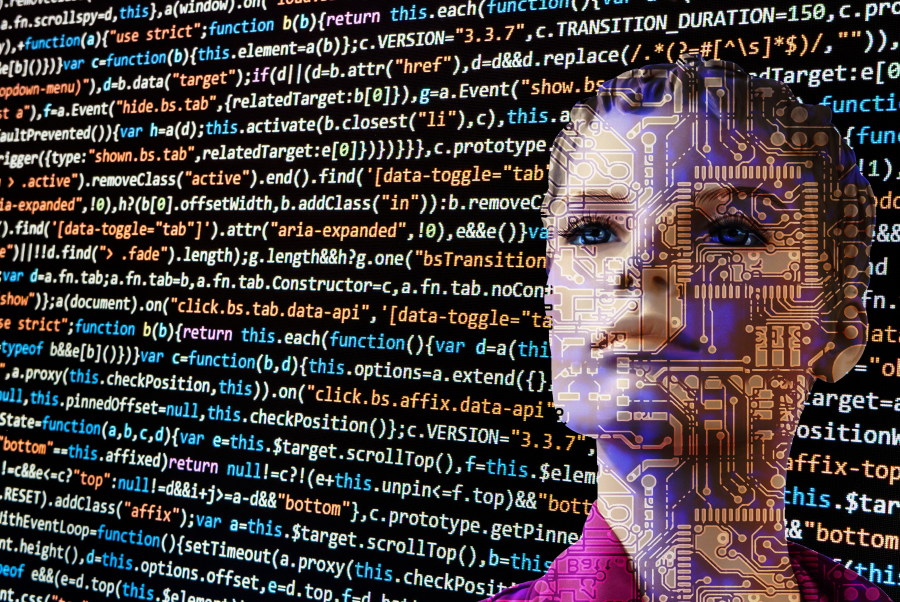 Instead of chasing after strong or general AI, perhaps companies would do better to focus on weak or specialised AI. (Pixabay)

Candice Chan - 28 November 2022
Often referred to as the world’s economic “canary in the coal mine”, South Korea has seen its economy tumble over the past year, impacted by external factors such as US interest rate hikes and signs of recession in key trade partners. The accumulation of domestic factors — currency crisis, tumbling stock market and rising inflation — is also hitting the South Korean economy hard. However, this industrial powerhouse has the domestic means to climb out of the doldrums.
Read more
Translated by Candice Chan on 19 October 2022

Recently, shares of Chinese artificial intelligence (AI) star SenseTime Group plunged by nearly 50% after its lock-up period expired. Prices fell below its IPO price and the company recorded a loss of nearly 200 billion RMB (US$28 billion) from its peak price.

Meanwhile, IBM, a traditional US AI giant familiar to the Chinese, is also flailing. As of September 2022, its market value was only around US$120 billion, about a tenth of the value of tech giants such as Google and Amazon.

The foundering AI stars of China and the US — a newcomer and an established name respectively — show the core problem whereby any company that tries to come up with a corporate strategy around generic AI without a grasp of application scenarios is destined to fail.

Despite its heavy promotion of AI, the media generally overlook the basic concept that there are two types of AI in terms of applications: strong (or general) AI and weak (or narrow) AI.

Strong AI is used for a wide range of general applications — for example, a system that can resolve issues in medical diagnostics while also resolving driving or chess problems. To use a somewhat inappropriate but common narrative, the end result of strong AI is a high-level intelligence that is self-aware and capable of controlling humans, like what we see in the movies.

Weak AI is only trained to solve specific problems. For example, the once highly touted AI AlphaGo is the champion of Go in various countries. But as a weak AI, AlphaGo can only solve Go problems and cannot be used in other areas such as medicine or product recommendations.

Currently, humans’ mathematical ability can only support weak AI; no strong AI has yet been developed. However, industry leaders are split into optimists and realists on that matter.

The optimists claim that with continued research in the AI sector, strong AI will soon be realised. But the realists believe that there has been no clear progress in mathematical knowledge towards strong AI, and so it will remain elusive in the foreseeable future.

But once these clients discover that AI is a boon for their commercial operations, they can easily build their own team and use their own data to develop a suitable weak AI.

I do not intend to discuss here whether strong AI will be developed, but it is evident that among the AI stars in China and the US, companies operating on the optimist model have all failed. Such companies generally do not specialise in a particular area, but try to tweak their own AI and take on outsourced operations in various areas. The model would work with strong AI, as the companies could focus on their own core AI and quickly adapt to various sectors.

If strong AI cannot be developed in the short term, AI companies will not have one universal product to meet the needs of multiple clients, but can only build individual AI tailored to each client. The unique feature of weak AI is that it needs massive, varied and relevant data to train the AI system. In its application, the companies that have the most varied, most complete data are usually the sector giants themselves.

Tech companies such as Google, Amazon, Alibaba, Hikvision and ByteDance eventually developed their own AI in line with their operations.

So, companies such as SenseTime can initially only take on some outsourced work for clients. But once these clients discover that AI is a boon for their commercial operations, they can easily build their own team and use their own data to develop a suitable weak AI.

This has been happening over the past decade. Tech companies such as Google, Amazon, Alibaba, Hikvision and ByteDance eventually developed their own AI in line with their operations. AI is used by Google for enhanced search engine results, Amazon and Alibaba for product recommendations, Hikvision for facial recognition, and ByteDance for content recommendations. These are examples of how weak AI can benefit various companies.

Unfortunately, many governments do not understand this and continue to direct finance and resources to support star companies flying the banner of general AI, leading to an enormous waste of resources.

Related: Kai-Fu Lee: Five ways artificial intelligence will put China ahead | Who is winning the AI race: US or China? | Metaverse: What is it and who's in control? | Public awareness, perception and digital divide: Addressing the effectiveness of provisions on algorithm-generated recommendations in China