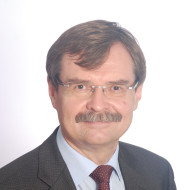 Andrey V. Vinogradov is the head of the Center for Political Studies and Forecasting at the Institute of Far Eastern Studies of the Russian Academy of Sciences and a professor at the Department of History and Theory of International Relations at RUDN University. He is also the editor-in-chief of the journal Far Eastern Studies (Russian)/Far Eastern Affairs (English). His main areas of research include the sociocultural transformation of modernising societies, modern political processes, and the political systems of China and Russia. He is the author of an often-quoted book on contemporary China in Russia titled Chinese Model of Modernisation. Search for a New Identity (2005 1st Ed, 2008 2nd Ed). He is also the chief editor of Reforms and Modernisation (1976-2009) (volume 9) in History of China from Ancient Times to the Beginning of the 21st Century (2016) and of The Modern Chinese State (2022). In addition, he is a commentator and contributor to various Russian and Chinese mass media. The importance of Russia in China's foreign relations

By Andrey V. Vinogradov 14 Mar 2022
Russian academic Andrey Vinogradov surveys Russia-China relations from a historical perspective, concluding that despite past divergences in ideology, their relationship is a longstanding one built on pragmatism and strategic utility. Most significantly, in furthering its own interests, Russia is inadvertently acting as a foil for China amid increasingly tense US-China relations. In the current international milieu, it can even be said that an existential inseparability of Russian and Chinese security is being formed.