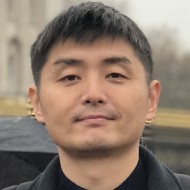 Dr. Chen Gang is the assistant director (policy research) and a senior research fellow at the East Asian Institute (EAI), National University of Singapore. Since he joined the EAI in 2007, he has been tracing China’s politics, foreign policy, environmental and energy policies and publishing extensively on these issues. He is the author of publications such as Politics of Renewable Energy in China; The Politics of Disaster Management in China: Institutions, Interest Groups, and Social Participation; China’s Climate Policy; Politics of China's Environmental Protection: Problems and Progress; and The Kyoto Protocol and International Cooperation against Climate Change (in Chinese). 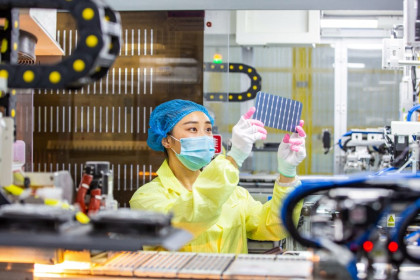 By Chen Gang 13 Apr 2022
China’s coal and electricity shortage last year and the current impact of the Russia-Ukraine war on global energy supply have highlighted China’s energy security concerns and the risks to fulfilling its climate goals. Nevertheless, while EAI academic Chen Gang believes that China is unlikely to significantly reduce its consumption of fossil fuels in the short term, he notes that there remain several drivers that will accelerate China's clean energy transition. By Chen Gang 20 Dec 2021
Chen Gang sees that rather than an end in itself, climate change can be a springboard for China and the US to deepen cooperation in other areas. This is by virtue of the fact that climate change is often intertwined with issues relating to the economy, trade and foreign policy. Facets of climate change cooperation will have spillover effects that could lead to tariff reductions, investments and greater technology collaborations. By Chen Gang 16 Jun 2021
When China’s “dual circulation” strategy was launched last year, some analysts interpreted it to mean that China would be focusing more on its domestic market. Figures show otherwise. Studying trade and investment indicators over the past few months, Chen Gang concludes that China’s economic engagement with the world is increasing as it runs on dual domestic and external engines. By Chen Gang 11 Jan 2021
President Xi Jinping announced at the 75th session of the UNGA last year that China aims to have its CO2 emissions peak before 2030 and to achieve carbon neutrality before 2060. How will its efforts affect China and the world? Ultimately, will taking a bitter pill now help China to leapfrog its constraints and build a sustainable economy? 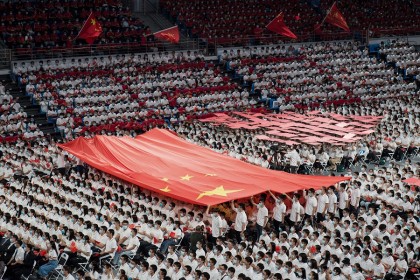 By Chen Gang 01 Oct 2020
Contrary to doomsday predictions, the US-China trade and tech relationship is actually rather sturdy. After all, it was their economic and trade complementarity that brought them finally to agree on a phase one trade deal, and against all odds, US direct investments into China grew by 6% (from a year earlier) in the first half of the year. Geopolitics and volatile brinkmanship in the name of power relations could instead be the greater threat. But between Trump and Biden, which is the lesser evil? By Chen Gang 21 Feb 2020
Senior research fellow Chen Gang says that the Covid-19 outbreak has led the Chinese government to announce that it is facing “wartime conditions” and will be imposing a system of political, economic, social management for extreme circumstances. The world is also taking preventive measures. Such a scenario sees China entering a “pre-decoupling stage” where its resilience and self-reliance will be severely tested.