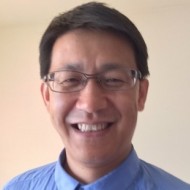 Ma Haiyun is associate professor of Frostburg State University's Department of History. He is also the president of Zhenghe Forum that focuses on China-Muslim world relations. His scholarly work examines the history of Islam in China, as well as China’s relations with the Islamic world. His articles, reviews, and opinion have appeared in Foreign Policy, Late Imperial China, Current Trends in Islamist Ideology, Journal of Muslim Minority Affairs, American Journal of Islamic Social Sciences, China Brief, and others. He is often sought by news outlets for commentaries on China, Asia, or Middle East topics, and has been quoted or interviewed by the New York Times, BBC, The Nation, Deutsche Welle, Associated Press, and The Independent. 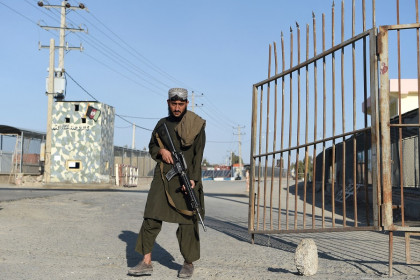 Afghanistan's role in changing the power balance in Eurasia

By Ma Haiyun 08 Mar 2022
Afghanistan has proved to be a quagmire, whether for the British, Russians or Americans. While it seems that the US exit leaves a power vacuum eagerly filled by regional challengers, Afghanistan’s unique set of attributes seems to be running strategic stakeholders ragged. In the event, the Afghan exception could offer lessons for constraining rivals in other spheres such as the Taiwan Strait. The future of China-Afghanistan relations: Lessons from history

By Ma Haiyun 02 Sep 2021
Ma Haiyun asserts that parallels between current events and Afghan geopolitics in the mid to late 18th century reveal the complexity of Afghanistan’s historical relations and the delicacy of contemporary Afghan-China relations. Even if an economy-for-security approach is used, various conditions will need to be met as China and other countries tread lightly. 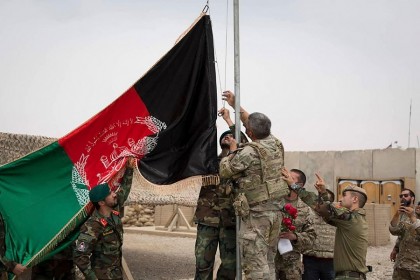 By Ma Haiyun 03 May 2021
The US may implicitly have been targeting China when it indicated its plans to withdraw its troops from Afghanistan completely by 11 September 2021, thereby necessitating regional players to get more involved. If there is a UN peacekeeping mission, China may well join in to guard against spillover security threats to Xinjiang, but its precise involvement may complicate matters. 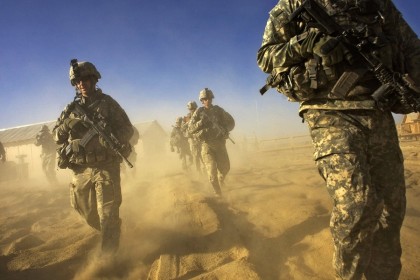 By Ma Haiyun 11 Dec 2020
One solution that ended the Vietnam war may provide some lessons for bringing the Afghan war to an end during Biden’s presidency. Forty years ago, the Nixon administration played the China card, enabling Washington to leave the Vietnam war. In the present, a replica of a Vietnam-inspired exodus — one moderated by China and its ally Pakistan — is worth pursuing. China has built relations with all of Afghanistan’s neighbouring countries and has the capacity to build a regional infrastructure and economic network. US academic Ma Haiyun explores the possibilities. By Ma Haiyun 22 Sep 2020
With an agreement signed recently between Israel and the UAE to normalise relations, Middle East experts detect a shift in focus in the Middle East and North Africa region. Issues in the future will revolve around the divide between the Arabs, Israelis and Americans on one side and Iran on the other. Enter China, who, with its recent upgrade in relations with Iran, as well as interests in the Red Sea, Gulf of Aden, Horn of Africa and the Indian Ocean, could up the ante in the region against the backdrop of US-China tensions. By Ma Haiyun 30 Jul 2020
Following The New York Times’ report that China and Iran are about to conclude a mega investment-for-oil deal, speculations have gone into overdrive about the US sending Iran into the arms of China with its recent hostile policies towards both countries. Ma Haiyun looks at the implications of ever-closer relations between China and Iran and argues that if strategic partnerships weave a web of interconnectivity between countries that are both on the Indo-Pacific rim and Eurasian continent, global geopolitics would be fundamentally changed. By Ma Haiyun 22 Jun 2020
Ma Haiyun says that the US and China’s relations with the Muslim world have been a sticking point — for very different reasons. Yet as the US turns its focus to the Indo-Pacific region, Muslim-majority countries in the Middle East may feel increasingly marginalised by geopolitical shifts and feel even more compelled to use their views on the Palestinian and Uighur issue as a vote of allegiance for the US or China. In Southeast Asia, the Muslim-majority countries face even more pressure as US-China competition intensifies in their own backyard. Whichever side they are on, all parties are gearing up for the next phase of US-China competition to be fought in the arena of global religious freedom. 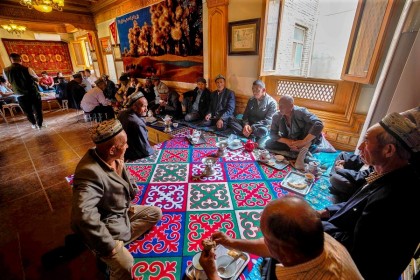 By Ma Haiyun 28 May 2020
US academic Ma Haiyun suggests that the US is making greater efforts to get the Muslim world on its side as its competition and even confrontation with China gets more intense. Internationalising the Xinjiang issue may be one of the ways it plans to do this, which will have implications for Southeast Asian countries.