Only 17 people left in poverty

China’s efforts in alleviating poverty have worked well in Jiangsu, where there are apparently only 17 people left living in poverty. However, there is scepticism on the figures, as well as examples of how poverty alleviation efforts have not worked. Zaobao associate editor Han Yong Hong looks at how China can do better. 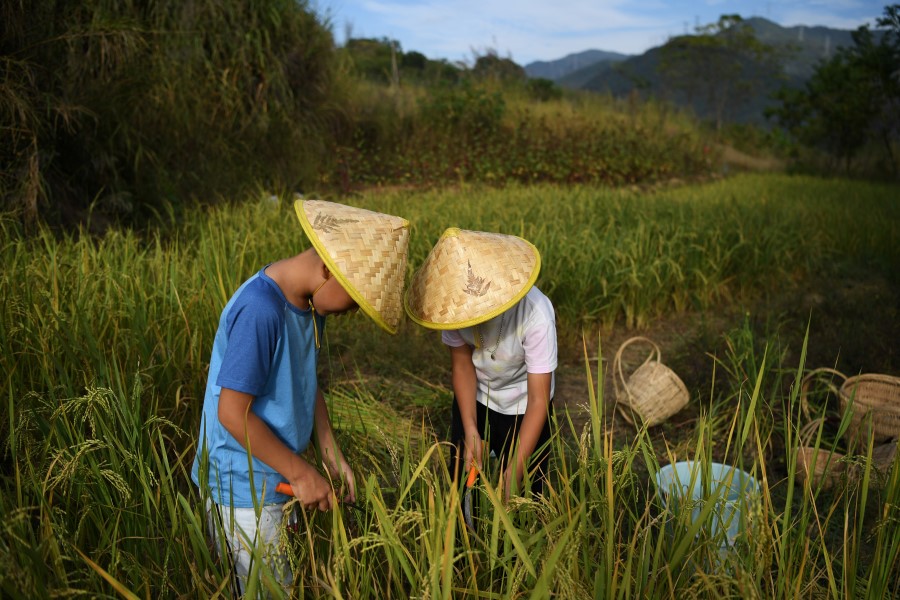 China's goal is to eradicate poverty within 2020, including rural areas. (Tingshu Wang/REUTERS)

Candice Chan - 17 January 2022
China-Russia rivalry in the Central Asian region is intensifying, with the US's departure from Afghanistan and the two countries seeking to fill the power vacuum by working within their Central Asian spheres of dominance. Can the two powers work together to foster greater regional stability or will they let their competitiveness get the better of them?
Read more
Translated by Candice Chan on 10 January 2020

China’s top leadership designated 2020 as the year for achieving its goal of becoming a "moderately affluent society" (小康社会) and eliminating poverty. The Chinese Communist Party (CCP) has promised that as it marks its 100th anniversary, it will be able to declare a moderately affluent society throughout the whole country. One of the criteria is whether absolute poverty can be eradicated. This year, helping the poor is the main focus of local governments.

A Weibo user started a poll asking if users were no longer living in poverty; nearly 70,000 claimed otherwise.

At the moment, the pressure of the China-US trade war remains high, the Hong Kong issue stays unresolved, and the risks in US-China relations keep building up. However, given the CCP’s target and commitment to build a moderately affluent society, even its external issues have to be set aside. And as officials go all out to help the poor, all sorts of mockery and criticism are coming in.

On 7 January 2020, at a meeting of the Jiangsu Provincial People’s Congress Standing Committee, the head of the province’s Poverty Alleviation Office reported that over the past four years, Jiangsu achieved a 99.99% success rate in helping 2.54 million people out of poverty. In the entire province, only six households with 17 people are still in poverty.

This figure immediately exploded on the Internet. Some netizens questioned if the data was fake, and how the authorities could be so precise about the 17 people. A Weibo user started a poll asking if users were no longer living in poverty; nearly 70,000 claimed otherwise.

Some people responded to clarify that the government calculated the number of people in poverty according to whether their annual income fell above the poverty line. The Jiangsu authorities also said the poverty line across China is an annual income of 4,000 RMB (S$777), but being a major economic province, Jiangsu has raised the poverty line to 6,000 RMB. As for being able to calculate down to 17 people, precise definition of poverty alleviation means that figures on those living in poverty are also precise. Furthermore, those 17 people are in transition status, and the figures are changing every day.

Some also asked: “Since there are so few poor people left, why not just give each person 6,000 RMB in cash and be done with it?” Others criticised China’s poverty line for being set unrealistically low just to allow the authorities to flaunt the results of poverty alleviation on paper, adding that China-style poverty alleviation is a so-called “great leap forward” for the sake of political results.

Prior to this, on 2 January 2020, netizens filed reports with the cyberpolice in Yulin city, Guangxi province, that they had received text messages saying they had been identified by the state as living in extreme poverty, and were required to turn themselves in to the local police station to be sentenced to death, so that the target of eradicating poverty in 2020 would be met.

Turn themselves in and be sentenced to death for living in extreme poverty? This was obviously a prank rumour and fake news, which the Yulin cyber police quickly shut down.

... millions of cadres have been stationed in poor areas to alleviate poverty, with 770 cadres literally giving up their lives on the job.

However, the sarcastic online comments about poverty alleviation reflect the people’s many doubts, from scepticism about the poverty line and mistrust of the authorities’ work in alleviating poverty, to doubts about eradicating poverty and feeling that it will lead to more fake figures and lip service.

According to China’s current goods prices, an annual income of 4,000 RMB is hard to live on in the city — it might not be enough for food. Besides, if there are still a lot of people in China’s remote areas with an annual income of less than 4,000 RMB, in terms of social fairness and equality, that is indeed unacceptable.

From what my colleagues and I have observed, with China putting in so much money to alleviate poverty and improve public services and infrastructure in remote areas, and some village government cadres pulling out all the stops, the lives of the people have indeed been changed. Official figures claim that over the past few years, millions of cadres have been stationed in poor areas to alleviate poverty, with 770 cadres literally giving up their lives on the job. China’s efforts and resolve towards the cause is indisputable.

However, the effectiveness of a cadre is limited by their calibre and whether they are able to push industrial development in villages. Hong Kong’s Initium Media recently ran an exposé on a doctor from a Guangxi hospital who was deployed to a village to alleviate poverty. He came up with an idea to get the poor households to rear chickens, only to end up making things worse when the chickens got sick and died due to lack of knowledge and skills.

Such ridiculous stories reflect the flaws of top-down, politically-driven poverty alleviation. In poverty alleviation under orders, some large companies are even asked to share the burden, such as bulk-buying handicrafts with no sales market, which is as good as giving handouts. But how long can the handouts last? That question cannot be ignored.

Some critics feel that a more effective and sustainable way to alleviate poverty is to develop the economy and productivity according to the market system. This makes sense, but given that after decades of China’s reform and opening up there are still 70 million people living where the market does not shine, without special efforts to alleviate poverty, when would these people get out of extreme poverty?

Of course, getting millions of people out of poverty in a certain time while ticking off criteria involves opportunity cost, and concerns about sustainability. But it will not do to just be snarky about China’s efforts. In the end, until a better and more feasible way to alleviate poverty is found, the intentions and effort of China’s government in improving the lives of thousands of people living in extreme poverty are worthy of objective consideration and recognition.