ThinkChina takes you on a pictorial journey tracing the heartwarming deeds by the Japanese people amid the Covid-19 epidemic. These actions have won praise from Chinese society. However, with the Chinese's panic buying of masks in Japan, and Japan's increasing number of confirmed cases, it is uncertain how long these gestures will last. 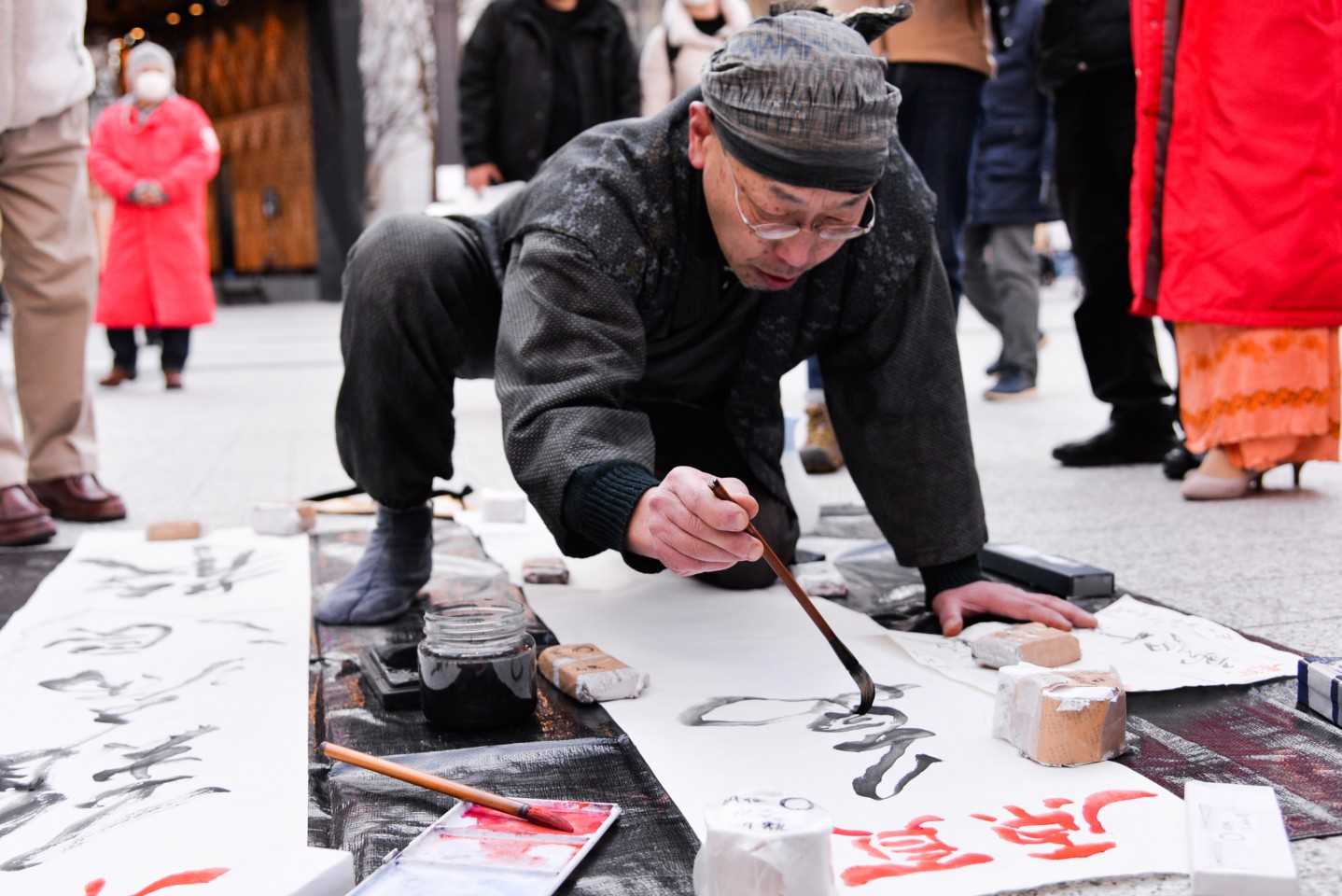 A Japanese calligrapher writes his prayers and blessings (难病退散，万病平愈, roughly, viruses retreat, and illnesses cured) for Wuhan on 9 February 2020, in the streets of Tokyo. (CNS)

Grace Chong - 29 September 2022
China's central bank is scrambling to increase demand for borrowing by using nearly every instrument in its toolbox. But the impact has so far been limited, as Chinese companies and households are trapped in a crisis of confidence in the economy amid slowing growth and the impact of strict anti-Covid measures. What more can China do to save the economy?
Read more
Translated by Grace Chong on 19 February 2020

China is in the thick of battle against Covid-19, a deadly virus that has taken over two thousand lives and infected over 75,000 in China alone. Amid country-wide measures to contain the virus, including unprecedented lockdowns of major cities, countries from around the world have rallied together to lend a helping hand to the world’s second largest economy.

Among them, Japan has recently stood out for signing off donated medical supplies with encouraging Chinese poems. Chinese netizens took to the internet, heaping praises on the Japanese, noting that they seemed more well-versed in Chinese poems than the Chinese themselves.

In the photos below, the lines “山川异域，风月同天” (We are from different lands and are separated by mountains and waters. Yet above us, we share the same sky and the same feelings), and “青山一道同云雨，明月何曾是两乡” (You and I are on different lands, but the same clouds and rain line our sky. Look up, the Moon is the same also) can be seen pasted on boxes of donated supplies:

Its dedicated hashtag, #日本援助物资里的诗词# (#ThePoemsOnDonatedSuppliesFromJapan#), went viral on Weibo and amassed 9.661 million views as of 21 February.

China and Japan share one of the longest time frames for historical contact — more than 1500 years. Chinese influence is clearly seen in Japanese religion, language, and culture. Reading ancient Chinese texts, writing Chinese poems, and practising calligraphy and carving have always been part of Japan’s culture and tradition. Early Japanese historical records such as Kojiki and Nihongi were written in Chinese as well. Japan's longstanding understanding of Chinese culture gave the Japanese an unexpected edge in building relations amid the Covid-19 outbreak.

While the Japanese have been praised for their understanding of the Chinese culture, Chinese netizens also took the opportunity to criticise certain Chinese media that could only come up with slogans like “武汉加油” (Wuhan, you can do it) and “武汉不哭” (Wuhan, don’t cry).

A Japanese girl's touching gesture of bowing on the streets for donations quickly took Weibo by storm. Her dedicated hashtag #日本旗袍女孩为武汉募集50万日元# (#JapaneseGirlInQipaoRaised500000YenForWuhan#) even amassed 150 million views as of 21 February:

Grateful netizens (names have been removed) posted the following comments on Weibo, thanking the Japanese girl for her kind efforts:

Apart from these messages, an outpouring of warmth was seen from Japanese people from all walks of life:

Recent positive vibes from the Chinese towards the Japanese mark a sea change from the mostly negative impressions they have had of the latter due to historical reasons. However, the Chinese’s panic buying of masks in Japan has somewhat negatively affected the sympathy that the Japanese have for them. For example, a Chinese netizen uploaded a post on WeChat about Chinese tourists hoarding face masks in Japanese convenience stores: "The Chinese are panic buying, and the Japanese are following suit. For the two weeks that I was in Japan, the shelves [of masks] went from fully stocked to being imposed with a purchasing limitation of five boxes per person, and then a further restriction to three boxes per person… I guess Japan is supporting China out of goodwill, but bulk purchases of masks in Japan is an exploitation of its resources — the Japanese themselves have no more masks… If the outbreak is causing a toil on Japan, and a mask shortage affects their daily lives, a feeling of detest [for the Chinese] will grow."

With the Covid-19 outbreak worsening in Japan, especially with the high number of infected patients onboard the Princess Diamond cruise ship which have led to two Japanese deaths, Japan is working hard to battle against its domestic cases as well.

According to a report from The Japan Times published on 14 February, Japan’s “rise in confirmed cases domestically suggests Japan’s effort to combat the pneumonia-causing virus has entered the next stage, and that the nation should be bracing for a possible epidemic.” Additionally, on 16 February, news of a confirmed case in Japan involving a driver broke on the internet. It was reported that his vehicle was hired for a period of four days by Kyodo News and had ferried ten of its staff during that period. They have since been quarantined and none of them have shown any symptoms of infection yet. However, one of the reporters was in charge of interviewing top Japanese officials, including Prime Minister Shinzo Abe.

If Japan’s domestic situation worsens and Japan adopts tougher measures, it is unclear if Japan’s friendly attitude towards China will last.