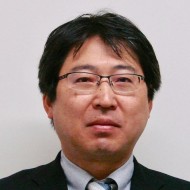 Dr Shin Kawashima is professor of international relations at the Graduate School of Arts & Sciences, University of Tokyo. He was educated at the Tokyo University of Foreign Studies (B.A.1992) and the University of Tokyo (Oriental history, M.A., 1992 and Ph.D, 2000). He taught at Hokkaido University's Department of Politics, Faculty of Law from 1998 to 2006 before moving to the University of Tokyo in 2006. Some of his other roles include senior researcher of Nakasone Peace Institute; senior fellow of National Security Agency; advisory member of the Committee for the Promotion of the Declassification of Diplomatic Records, Ministry of Foreign Affairs; member of The Advisory Panel on Communications Concerning Territorial Integrity, Office of Policy Planning and Coordination on Territory and Sovereignty; and editor of nippon.com. He has studied Chinese/Taiwanese diplomatic history based on Chinese diplomatic archives and recently started a study on contemporary international relations in East Asia. His first book, Formation of Chinese Modern Diplomacy (2004), was awarded the Suntory Academic Prize in 2004. Some of the other books he has written or co-authored include China in the 21st Century (2016), Frontier of China (2017), and Japan-China Relations in the Modern Era (2017). By Shin Kawashima 20 Oct 2021
University of Tokyo's Shin Kawashima notes the significance of the phone conversation between Japan's newly installed Prime Minister Fumio Kishida and Chinese President Xi Jinping. He says that while there are solid reasons why China wants to maintain a good relationship with Japan, many aspects of future Japan-China relations remain unclear. This is especially interesting to watch as the Chinese Communist Party's 20th Party Congress will coincide with the 50th anniversary of the normalisation of relations between the two countries next year. Will the new Japanese PM Kishida do better than his predecessor Suga in foreign relations?

By Shin Kawashima 07 Oct 2021
New Japanese Prime Minister Fumio Kishida has just formed his Cabinet, and it remains to be seen whether and how relations with China will be affected. Japanese academic Shin Kawashima gives an analysis. 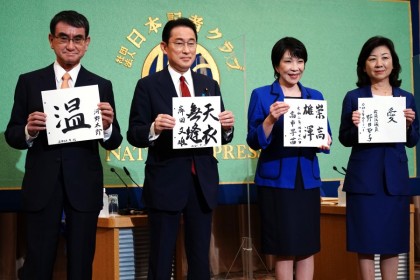 By Shin Kawashima 27 Sep 2021
With Prime Minister Yoshihide Suga stepping down, whoever wins the Liberal Democratic Party leadership race is practically assured of becoming the next prime minister. But with four experienced politicians on the cards, including two women, who will it be? And how will the choice of the next prime minister affect Japan's policy towards China? Japanese academic Shin Kawashima examines the possibilities. 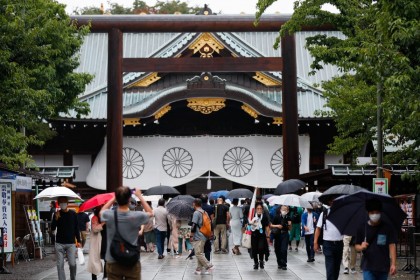 By Shin Kawashima 13 Sep 2021
Some Japanese politicians have the practice of marking the anniversary of the end of WWII for Japan by visiting the Yasukuni Shrine to pay tribute to the war dead. Even after more than 75 years, emotions run deep especially in China, which has registered its unhappiness at these visits. Japanese academic Shin Kawashima examines how Yasukuni Shrine visits can be used to gauge the state of Japan-China relations. Japanese academic: The politics behind the name 'Taiwanese Representative Office in Lithuania'

By Shin Kawashima 30 Aug 2021
While Beijing has objected strongly to the Lithuanian government's move of allowing Taiwan to open a representative office under the name “Taiwan” rather than “Taipei”, Taiwan has lashed out at “autocratic” Beijing, saying that its ties with Lithuania are based on the shared values of freedom, democracy, respect for human rights and the rule of law. Japanese academic Shin Kawashima examines the names of Taiwan's overseas offices and of various countries' offices in Taiwan, analysing the subtleties behind the different naming conventions. By Shin Kawashima 17 Aug 2021
The Japan-US-Taiwan Trilateral Strategic Dialogue was held recently, much to the chagrin of China. It was also the first time that all three parties had met directly to hold a lawmaker exchange. Japanese academic Shin Kawashima says China should accept that such discussions about China would become more frequent as its influence continues to rise. China should also make clear what it considers problematic with such meetings. By Shin Kawashima 21 Jul 2021
Japanese academic Shin Kawashima analyses Japanese Deputy Prime Minister Taro Aso's recent comments where he made reference to a possible "Survival Threatening Situation" in Taiwan. How ready is Japan to step in? 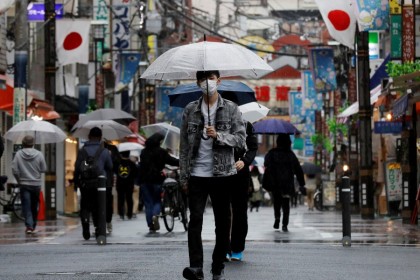 Why Japan is investigating Confucius Institutes in Japanese universities

By Shin Kawashima 16 Jul 2021
Last month, following a question by a Diet member, Japan's education minister announced a fact-finding investigation into the presence of Confucius Institutes in Japanese educational institutions. What influence do these Confucius Institutes have in Japan and should they be allowed to continue being in operation?

By Shin Kawashima 12 May 2021
Relations between Japan and China have been on an uptrend in the past few years. Even after the new Suga administration came to power, the trend of improving relations has been maintained. However, with the Biden administration's emphasis on working with its allies, ostensibly against China, will Japan-China relations suffer?