Anti-intellectualism in US diplomacy: How worried should we be?

Intellectual elites in the US have traditionally played a key role in the way the country conducts international relations, and have guided the US government in shaping is foreign policy. However, the US's words and actions about China-US relations and the coronavirus seem to suggest that it has fallen prey to anti-intellectualism, with rationality and long-term vision thrown away. Japan-based academic Zhang Yun examines the issue and finds out if there is indeed cause for concern. 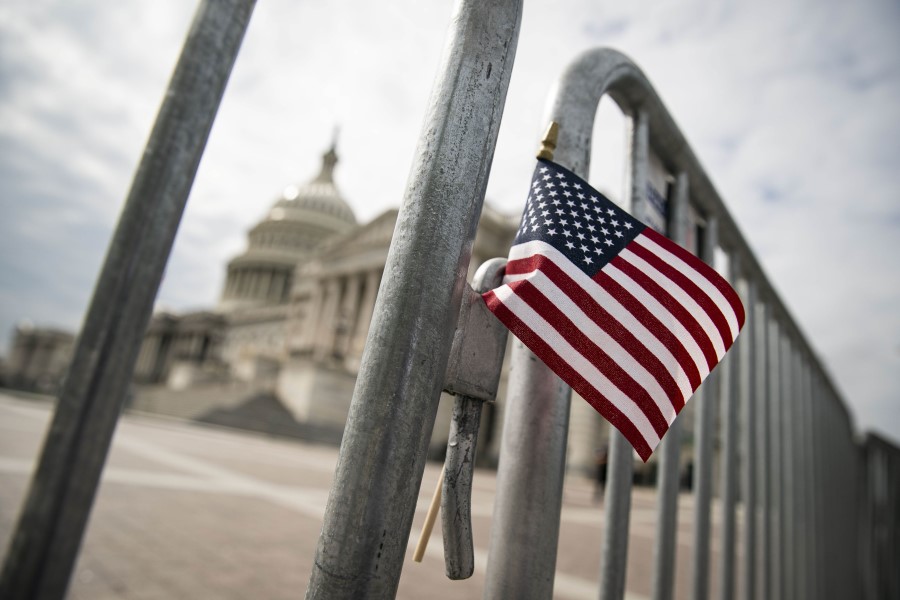 An American flag is placed on a fence outside of the US Capitol building on 28 September 2020 in Washington, DC. (Al Drago/AFP)

Candice Chan - 19 January 2023
The latest announcement of China’s first population drop in six decades has gained much attention, with concerns over the long-term implications for the economy and the community. How will this affect China’s GDP and its aim to overtake the US as the world’s biggest economy? Can China reverse the population trend?
Read more
Translated by Candice Chan on 29 September 2020

The furore continues over the US’s move to block TikTok and WeChat downloads. In fact, since last year, whether in China-US relations or the coronavirus, the US’s words and actions have sparked much international discussion and domestic criticism about anti-intellectualism in US diplomacy.

In 1963, Columbia University professor Richard Hofstadter released his book Anti-Intellectualism in American Life, a systematic analysis of the great negative impact of McCarthyism (the vilification of those with a pro-Communist stance) on the academic, scientific, and journalistic fields in the US during the 1950s.

Hofstadter provided a keen dissection of the roots of US anti-intellectualism, which he attributed to factors such as election campaigning, religious influence and commercial pragmatism. No doubt, as the world's only superpower, US domestic politics would directly affect international relations. That is to say, if anti-intellectualism was rife in US politics, there would be a major impact on international relations.

US anti-intellectualism is temporary; external and internal efforts can overcome it and normalise the situation.

The US will self-reflect and self-correct

First, knowledge building and intellectual support have always been an important part of US diplomacy. The US is possibly the country with the largest proportion of decision-makers in foreign policy who have undergone systematic academic training, and who have the highest number of intellectual elites who are PhD holders. The US President and the Department of State have always leveraged on universities and think tanks. People like Henry Kissinger, former National Security Adviser Zbigniew Brzezinski, and political scientist Joseph Nye were all PhD holders who became foreign policymakers. Behind this fusion of the political and intellectual elite, is the belief that US diplomacy cannot just be about short-term results and pragmatism, but calls for theoretical support and strategic vision.

One important reason why the US has so many world-class universities is because it has taken in generation after generation of ambitious immigrants.

Historically, US intellectual elites have played a key role in the way the country conducts international relations, and have guided the government in shaping is foreign policy. For example, the mission of the Policy Planning Staff at the Department of State — established in 1947 — is to “take a longer-term, strategic view of global trends”. Former directors such as George Kennan and Richard Haass were well-known strategists, and the organisation has been a blueprint for many other countries. If foreign policy and analysis is too bureaucratic and pragmatic, that might lead to short-term effectiveness, but at the expense of strategic vision and imagination.

Second, the many immigrants to the US provide a strong intellectual foundation for America’s foreign policy. One important reason why the US has so many world-class universities is because it has taken in generation after generation of ambitious immigrants. Their arrival has brought firsthand information and knowledge about various countries and regions in the world, and allowed thoughts and ideas formed under different cultural and historical backgrounds to meet and be reconstructed in the large melting pot that is America.

And the openness of America’s knowledge market has also led to a general openness of policy when it comes to such external knowledge contributions, which is why first-generation European immigrants to the US, like Kissinger and Brzezinski, were able to go from university professors to top-level makers and implementers of foreign policy in the 1970s. At the same time, the “revolving door” system among America’s universities, think tanks, and officials have provided unprecedented opportunities for the integration of knowledge and policy, and for knowledge creators to participate in policy making.

... discussions of multipolarity already started in the US some 40 years ago. So, at least from the perspective of knowledge, the US is not mentally unprepared to give up on unilateralism.

America has thought about the post-hegemonic period

Third, this is not the first time that US anti-intellectualism is rearing its head. Its inherent ability to implement self-rectification, coupled with external structural stress of a globalised era, will form a new consensus on diplomacy. Historically, in the 1970s, US academics already raised the topic of a post-hegemonic time, with a theoretical exploration of how international cooperation would work after the end of US hegemony.

Looking at it today, this means that discussions of multipolarity already started in the US some 40 years ago. So, at least from the perspective of knowledge, the US is not mentally unprepared to give up on unilateralism. Former US Defence Secretary Robert Gates recently wrote an essay in Foreign Policy where he reflected on the over-militarisation of US diplomacy in the post-Cold War period. He was also an academic — his doctoral dissertation to Georgetown University was on the Soviet Union’s policy towards China.

After the war, the US did make many mistakes in its foreign policy, but we also have to see the enormous potential of intellectualism in US society, which is also the source of America’s ability to self-reflect and self-correct.

History tells us that in the end, intellectual rationalism will win out.

At the same time, the global political awakening brought about by economic globalisation means that knowledge creation in international relations is also becoming increasingly diverse, which in itself is an external limitation to anti-intellectualism in the US. For example, following the Iraq War, the combination of anti-war sentiment in the US and anti-US sentiment in the international community due to US unilateralism led to a clear adjustment of foreign policy by the Bush administration during his second term.

Even as the world is perplexed and uneasy with anti-intellectualism in US foreign policy, we should not be completely taken over by pessimism, disappointment, and emotions; this would only feed anti-intellectualism and escalate it. History tells us that in the end, intellectual rationalism will win out.