With the recent visit to Japan by Chinese Foreign Minister Wang Yi, how are China-Japan relations likely to develop? Are concerns that Japan will be "passed over" by the US valid? Japanese academic Shin Kawashima examines the signs. 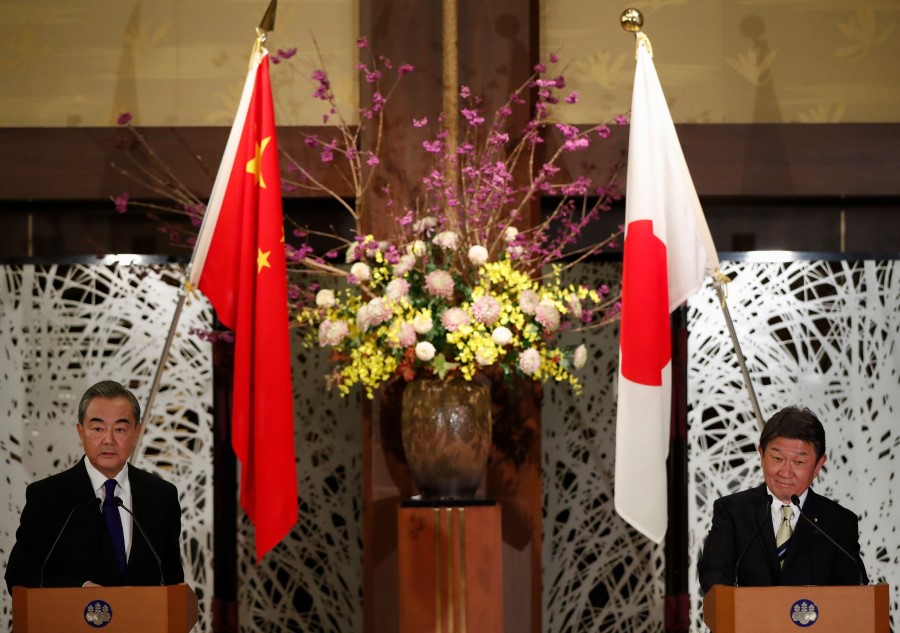 Candice Chan - 28 June 2022
US-based young comic artist Bei Yi reflects on China's gaokao (university entrance exams), which took place in early June. Every year, Chinese students cross this narrow log bridge of national exams, hoping to find a clearing on the other side. Students from regions across China, rich and poor, see this as a possible ticket to a better life and maybe even a passport to the West. When the stakes are so high, studying becomes a moral obligation to one's family. Some make it out, but on that journey, many things are left behind.
Read more
Translated by Candice Chan on 30 November 2020

Chinese Foreign Minister Wang Yi visited Japan on 24 November. Originally planned for October, the visit was postponed by a month because of the fifth plenary session of the 19th Central Committee of the Communist Party of China (CPC). A prospective date from the end of November to early December was reportedly proposed. In the event, the visit has finally taken place. The visit was billed as one to “to broaden exchanges”, but the actual objective was likely something else.

It is assumed that the main objective was to get a feel of the Yoshihide Suga administration's policies toward China. Other likely objectives were to communicate requests from the Chinese side and to explore the possibilities for a visit to Japan by President Xi Jinping. This is understood from the fact that Wang also made a stop in South Korea where there are plans for a visit by Xi. Even though Xi's visit was not on the list of agenda items discussed by Wang in Japan, it does not mean that it has been abandoned; both parties are probably biding their time.

Anticipating a visit to Japan by Xi, the Chinese side would have been keen to suss out how different the Suga administration's policies towards China would be from that of the Abe administration's. Their focus can be summed up in the following three points.

This means Japan does not view the Xi regime as a “new era” and compromise on this is a tricky issue.

Firstly, the Chinese would have tried to find out how Japan perceives the ongoing US-China conflict and what is the Japanese position on this issue. In fact, some Chinese are of the opinion that the conflict between China and the US will be eased by Biden’s victory, and that Japan and some other countries are anxious over this possible change, as Japan is worried that it will once again be disregarded and passed over by the US.

If you are in Japan, you will know that this view is untrue, but when you read the news and discussions inside China, this appears to be the perception. In short, it seems that the Chinese side is envisioning the possibility that Japan will move closer to China under a Biden presidency. The discussions in Japan about Biden’s statements on the Free and Open Indo-Pacific (FOIP) may indeed convey the sentiments that the Japanese fear being passed over, but the majority view in Japan is that the US-China conflict is complex and that it will be protracted.

Secondly, anticipating Xi’s visit to Japan, there would likely have been interest from the Chinese side to learn about how Japan envisions this “new era” of Japan-China relationship. The Chinese stresses the importance of the four basic documents between Japan and China, built up between 1972 and 2008, but at the same time, China also hopes to establish a fifth and new document. They regard such a document as the embodiment of Xi's “new era”. However, the Japanese side tends to perceive the changing circumstances since 2008 as the “new era” where, in terms of economic scale, China’s GDP has grown to be three times that of Japan. This means Japan does not view the Xi regime as a “new era” and compromise on this is a tricky issue.

Thirdly, in terms of the economy, the Chinese side would have likely demanded that the Japanese side maintains the supply chains. This point was also discussed during a telephone conversation between Xi and Suga in September. As the US continues its policy of decoupling advanced technologies one after another, the Chinese side has created the Export Control Law, which will take effect in December, putting pressure on Japanese companies with investments in China. In short, the Chinese side is asking Japan to consider China's position when dealing with issues in the US-China dispute over the decoupling of cutting-edge technology. It is a fact that the Japanese economy places great emphasis on the Chinese market, but in terms of Japan’s security needs, Japan-US security cooperation is fundamental and difficult to break.

While some people believe that Japan and China enjoy a good relationship, there are many contradictions between the two countries. These contradictions have not diminished with the spread of the coronavirus. In fact, I would say that they have become more widespread. The movements of the Chinese in the East China Sea and the fact that the coronavirus originated in China has definitely not made a good impression on Japanese society. According to a Genron NPO opinion survey published in October 2019, the Japanese public has extremely negative feelings toward China. The Chinese side claims that this is the result of “anti-Chinese” reports in the Japanese media, but is that really the case?

In the post-coronavirus era, the Japan-China relationship may not get back on its original trajectory if both sides are not able to calmly realign and readjust to each other, and engage in tenacious dialogue and negotiations. If China attempts to apply its own interpretation of the “new era” on Japan as it stands, and if the Chinese criticise and make judgments about the Japanese interpretation of the “new era”, it will be relatively difficult to improve the relationship between China and Japan.