The gutsy, confident 90s generation are carving out a niche for themselves in a new economy where the ability to engage an online audience and grow a fan base is highly prized. 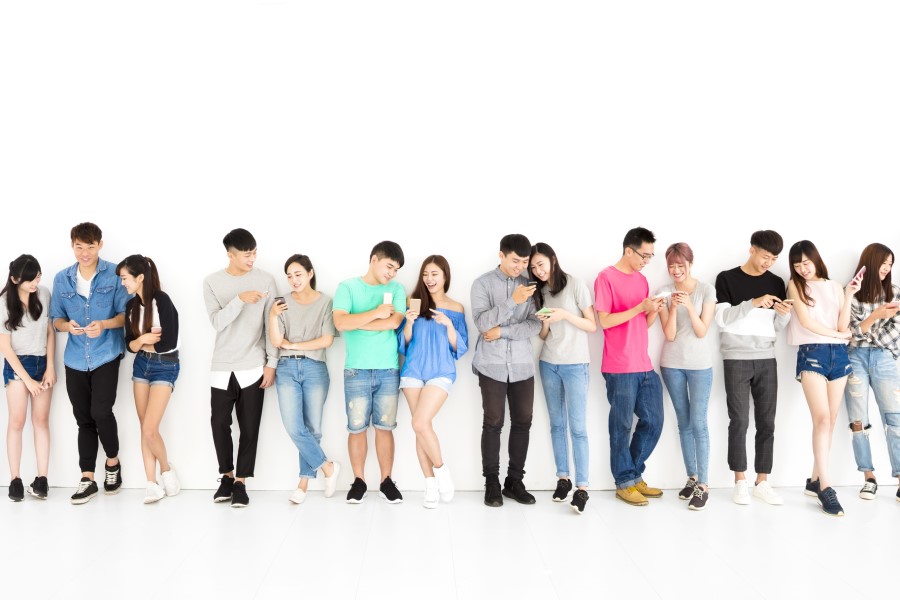 The 90s generation is charting their own path, including through social media. (iStock)

Candice Chan - 18 May 2022
The Chinese government has recently announced plans to establish a unified national market that is highly efficient, standardised, open and competitive. It would break down walls, raise the standards of the business environment within China and act as a buffer against external pressures. While the intention is good, NUS academic Lu Xi points to possible drawbacks and challenges.
Read more
Translated by Candice Chan on 18 November 2019

She turned down a job with a state-owned enterprise, got bored after joining the company of a well-known industry veteran, and decided to start her own business just six months after graduating from university. She managed to quickly form a team soon after moving to Beijing to run her own social media channel, and does not need to rely on her parents for money. The freedom, ease, and confidence of this young lady from the 90s generation had us from the 70s and 80s generation feeling quite inadequate.

She is someone I met at a recent dinner. A friend in the group invited his cousin, a young lady about ten years younger than us, who was introduced as an internet celebrity (网红, wang hong). We picked her out immediately in the crowded restaurant — the young lady busy on her mobile and wearing a hat (while indoors at night), a baggy yellow hoodie and bright red lipstick.

She said she was wearing light makeup, perhaps out of consideration for the feelings of us middle-aged white-collar workers in our boring clothes. But she meant what she said. Later on, I saw some photos in our chat group of her in full makeup, looking completely different.

She hails originally from northeast China and has a Masters in Philosophy from quite a decent university in southern China. She found the nine-to-five job too tedious, plus the company profits were not great. So, when a social media platform said it could pay her for publicity, she resigned from the stability of an established enterprise, gathered some young friends to form a team and start her career earning money by writing movie reviews on Weibo and promoting products on Douyin. Even now, her father is still fervently hoping that she will join a state-owned enterprise, but it is simply not for her.

... the 90s generation knows what they want and are not hesitating to seize the day and throw themselves into getting it.

Over twenty years ago, when I was choosing a career, I also had all sorts of ideas. My father advised me: a young person’s first step into society has to be on firm ground, so it would be best to join the government (which will never go bankrupt), or a reputable large company. I obediently dropped any other ideas.

However, good jobs in the traditional sense do not always stay “good”. Taking things step by step does not guarantee that one will never fall behind. The new economy keeps throwing up business opportunities that were not there before. Even as our incomplete understanding of the new economy holds us back and limits us to watching from the sidelines or just testing the water, the 90s generation knows what they want and are not hesitant to seize the day and throw themselves into getting it.

Back to the young lady above. In her short career, she has managed to do two things that her seniors have not. First: provide resources. Apparently, the company that she previously joined hired her because of the resources she had gathered through running her own social media since school days, and they wanted to attract different clients through her. The boss is a big name in the literary scene and is on the Forbes China Celebrity 100 list, but because different people have different strengths, or because the internet economy is fragmented, flat in hierarchy, and constantly changing, even a fresh graduate can have resources that the boss does not immediately possess.

Second: engage an online audience. Her psychology professor at university saw that she had many fans from sharing her thoughts on Weibo and got her to share a psychology essay of theirs, but it was just not popular. She ruefully said there was nothing wrong with the essay, except for the lack of a sense of how to write for the online community.

I was curious about how her parents viewed her current job. She said she does not allow her parents to have Weibo accounts; if they did, she would rather give up writing on Weibo. Growing one’s fan base involves writing emotive material, and she does not want her mother to read it and worry over nothing. My friend nodded and agreed that only fans and parents take personas seriously.

... those born in the 90s and 2000s seem to be more comfortable with themselves.

However, this young lady has kept her mother in her Wechat group, where the latter leaves likes and comments on her daughter’s posts. And from how the daughter shares recent happenings from home, it is apparent that even after moving to Beijing, she is still very close to her family.

A friend lamented that compared to our generation — we who felt in our youth that nothing we did was good enough for our parents, we who could not wait to leave home soon enough to find ourselves, and who were rebellious and angry to various degrees — those born in the 90s and 2000s seem to be more comfortable with themselves. Perhaps because their parents from the 60s and 70s generation are more nurturing and encouraging in educating their children, so the children feel that all’s good in the family and in society, and their own views and emotions are valued.

After the meal, we were about to pay the bill when we found that this young lady had already paid. We were all her seniors who had been working for over ten years in reputable big companies. How could we let this young lady who had graduated just six months ago and was just starting her career foot the bill? This was not a business meal, plus she was the youngest in the group, which meant she was not expected to pay.

Clearly, she does not see herself as a junior who had to be taken care of. And it is just this practised way of handling various social relationships that has allowed her to so easily establish her career. In my own old-fashioned way, I would like to say very sincerely: good on you, 90s generation!