Internet: The whistleblower is dead, but we have to take care of that whistle

Dr Li Wenliang was the first to raise the alarm on the Wuhan coronavirus. However, he met with resistance and threats, in efforts to keep him quiet, until eventually he fell ill himself and did not recover. The outpouring of emotion from the internet community says volumes about this people's hero. 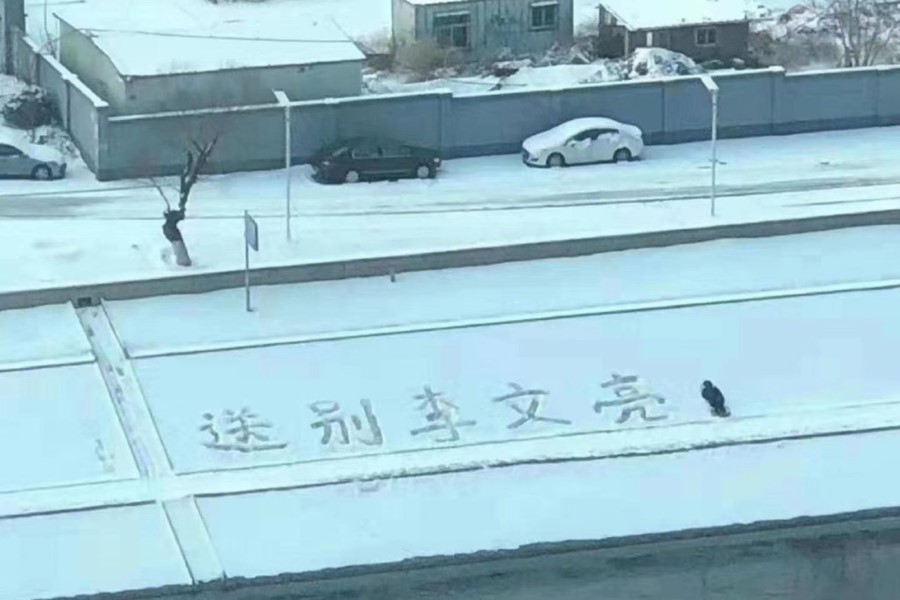 A message written in the snow of Beijing, along Tonghui River: "Goodbye, Li Wenliang." A person lies in the snow as an exclamation mark. (Weibo)

Candice Chan - 23 November 2020
Even as some dismiss the US and say it is set on a downward trajectory, commentator Deng Qingbo says its powers of recovery are too strong for it to be ruled out. As a superpower, it has the means to make adjustments and move forward. China has much of that resilience too, given that is the only country in the world with an unbroken civilisation of 5,000 years. Deng examines the strengths and weaknesses of both nations in terms of their abilities to recover from setbacks, and their nimbleness in correcting mistakes.
Read more Candice Chan - 19 November 2020
There is a term that every young student in China knows well and probably dreads: the gaokao, or university entrance exam. The intense competition and pressure is enough to strain any person to breaking point, given the high stakes — real or perceived. Comic artist Bai Yi presents the all-too-familiar struggle to meet expectations.
Read more

Candice Chan - 18 November 2020
RCEP, the largest free trade agreement signed thus far, includes China, Japan and South Korea — the largest, second, and fourth largest economies in Asia. This heralds a new Asian era, says Zheng Weibin. Apart from the pure economic benefits that this will bring, the fact that the US is not a part of the grouping gives China some leverage against moves from the US such as its military presence in East Asia and attempts to reforge alliances against China. In this game of move and countermove, who will be the first to say "checkmate"?
Read more
Translated by Candice Chan on 7 February 2020

For a few hours, from the night of 6 February to the early morning of 7 February, the fate of Dr Li Wenliang was uncertain.

At 3:48am on 7 February, a Weibo post in Chinese from the Wuhan Central Hospital read: "Our hospital's ophthalmologist Li Wenliang was unfortunately infected with coronavirus during his work in the fight against the coronavirus epidemic. He died at 2:58 am on Feb 7 after attempts to resuscitate were unsuccessful."

This short announcement confirmed the passing of the man who tried to raise the alarm about the Wuhan coronavirus, but fell victim to it in more ways than one. 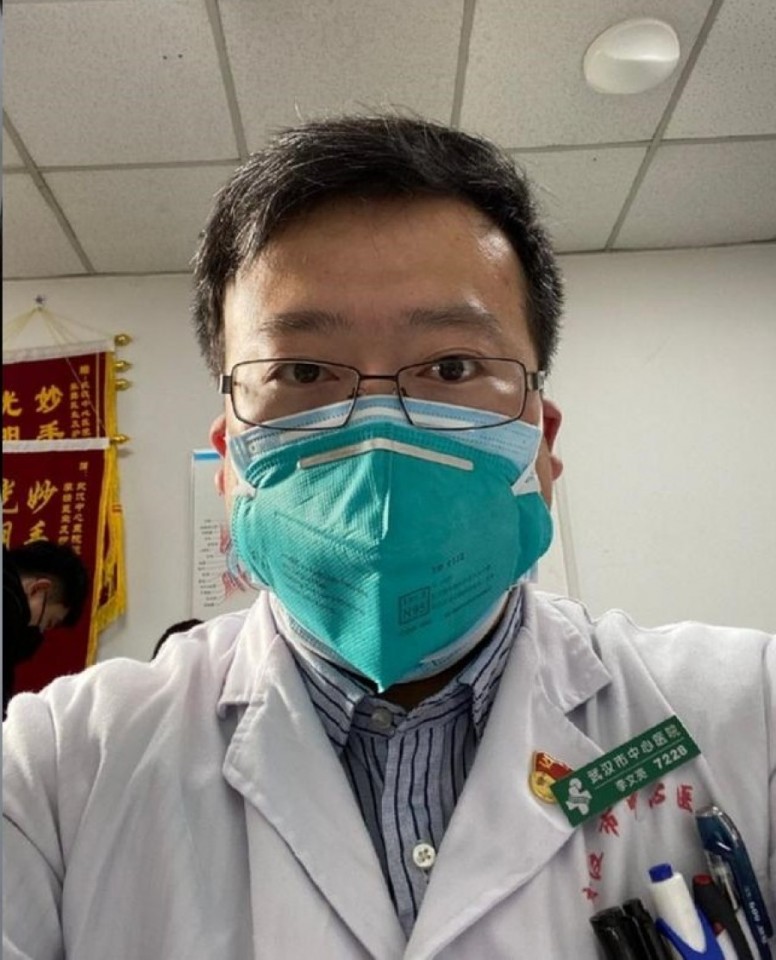 On 30 December 2019, Li shared in his medical school alumni Wechat group that seven patients who had links with Huanan Seafood Market in Wuhan had been diagnosed with a SARS-like virus, and were quarantined in Wuhan Central Hospital.

A screenshot of the message was leaked, and Li was summoned by the hospital's inspection unit for questioning. On 3 January 2020, he was called in and reprimanded by local police for allegedly spreading rumours online and disrupting social order. He was made to sign a declaration that he would stop spreading falsehoods before being released.

A few days after the police summons, Li treated a patient who was later diagnosed with the Wuhan coronavirus. Li himself was hospitalised on 12 January and tested positive for the coronavirus on 1 February.

On the afternoon of 5 February, Li told Caixin over WeChat that he was not doing as well as before, and it was "getting harder to breathe". Caixin's final interview with Li opens with a description of how its journalists reached the hospital and asked about Li's condition, only for the medical staff to lower his head and silently walk away.

Li Wenliang understood. And after he understood, he closed his eyes for the last time to 'reflect' in Heaven whether this people is cursed by God, where those who deserve to die do not die, but others like him who should not die are dying in droves.--- Hong Kong columnist and commentator Chip Tsao

However, what happened before the final announcement of Li's passing was anything but straightforward. An Initium Media article sets out a timeline.

Then at 12:38am on 7 February, the Wuhan Central Hospital posted on Weibo that Li was still undergoing resuscitation, sparking another round of prayers that there would be a "miracle". It was not until 3:48am that the hospital confirmed Li's death.

He would want his child to grow up in the fresh air of openness and honesty.--- Taiwan writer Lung Yingtai

Through the confusion and fog, there was a general outpouring of grief and anger from the internet community, including many well-known Chinese language writers and commentators on Facebook.

Taiwan writer Lung Yingtai (龙应台) posted: "If grief is just a one-off mass release of emotion, his death would carry the weight of a feather. But if the sadness and anger is a deep social awakening that becomes a huge force of change, his death would carry the weight of Mount Tai. He would want his child to grow up in the fresh air of openness and honesty."

That nothing walks with aimless feet;
That not one life shall be destroy'd,
Or cast as rubbish to the void,
When God hath made the pile complete;

That not a worm is cloven in vain;
That not a moth with vain desire
Is shrivell'd in a fruitless fire,
Or but subserves another's gain.

She wrote: "Tonight, let us light a candle for the brave Dr Li... let us cry, and then quickly dry our tears. For tomorrow, we continue to fight this virus."

Hong Kong commentator Simon Shen said this incident showed why Hong Kong has been protesting over the past eight months.

Hong Kong columnist and commentator Chip Tsao (陶杰) cited the lines of the declaration that Li signed, including the question about whether he understood that he had to stop his unlawful behaviour and "do some serious self-reflection", or face legal action. "Li Wenliang understood. And after he understood, he closed his eyes for the last time to 'reflect' in Heaven whether this people is cursed by God, where those who deserve to die do not die, but others like him who should not die are dying in droves."

Hong Kong commentator Simon Shen said this incident showed why Hong Kong has been protesting over the past eight months. Among the points he raised was how experts can be accused of releasing fake information due to political reasons, and how law enforcement personnel can go up to anyone and use any law to "legally" threaten good citizens with punishment if they stubbornly hold to their own views and continue with unlawful activities.

Social media also exploded with posts on the topic, only to be heavily censored.

Netizens found that only verified official Weibo accounts, such as government and media accounts, were able to post on Li's passing, while many other posts from ordinary users were deleted.

Initium noted that when news of Li's death broke the first time, at around 11 pm on 6 February, the hashtag #李文亮医生去世 (#DrLiWenliangDead) was the hottest topic on the Global Times' Weibo account, with over 20 million searches, 540 million views, and 730,000 comments. But within the next 15 minutes, the number of searches dropped to 1.9 million, and then disappeared.

CNN also noted that the topics "Wuhan government owes Dr. Li Wenliang an apology" and "We want freedom of speech" gained tens of thousands of views before disappearing from Weibo.

Another topic "I want freedom of speech" drew over 2 million views and 8,000 posts as of 1am on 7 February, before being removed.

One netizen said, "I don't want to use acronyms or homonyms in place of sensitive terms. I want to talk normally." Another added: "I hope that one day I will be able to go on the streets and hold up a photo of Dr Li."

Other netizens expressed their lack of trust.

CNN quoted the top comments under the Wuhan Central Hospital's statement about Li's death - "I've learned two words: political rescue & performative rescue" and "Countless young people will mature overnight after today: the world is not as beautiful as we imagined. Are you angry? If any of us here is fortunate enough to speak up for the public in the future, please make sure you remember tonight's anger."

Chinese are really angry about the death of Dr. Li Wenliang but they can’t even post with the tag #Liwenliang on weibo. pic.twitter.com/sSpKT4P6DM

One Weibo user wrote: "The whistleblower is dead, but we have to take care of that whistle. We will remember him, and the whistle that he blew, which disappeared... I still believe that the next time it needs to be blown, someone ordinary - whether they are struggling with alcoholism or even unconsciously - will blow it. I just hope the whistle is heard."

This article was put together by Candice Chan, ThinkChina.