Wuhan "rumour-monger" netizens are heroes after all

Amidst intensifying public opinion and discussion on the rapidly escalating Wuhan coronavirus, the Supreme People’s Court has broken the silence and stepped out in defence of alleged rumour-mongers, openly questioning Wuhan officials’ mishandling of the outbreak in its initial stages. Zaobao correspondent Yang Danxu finds out from academics how Wuhan officials could have better dealt with public opinion in the Internet era. 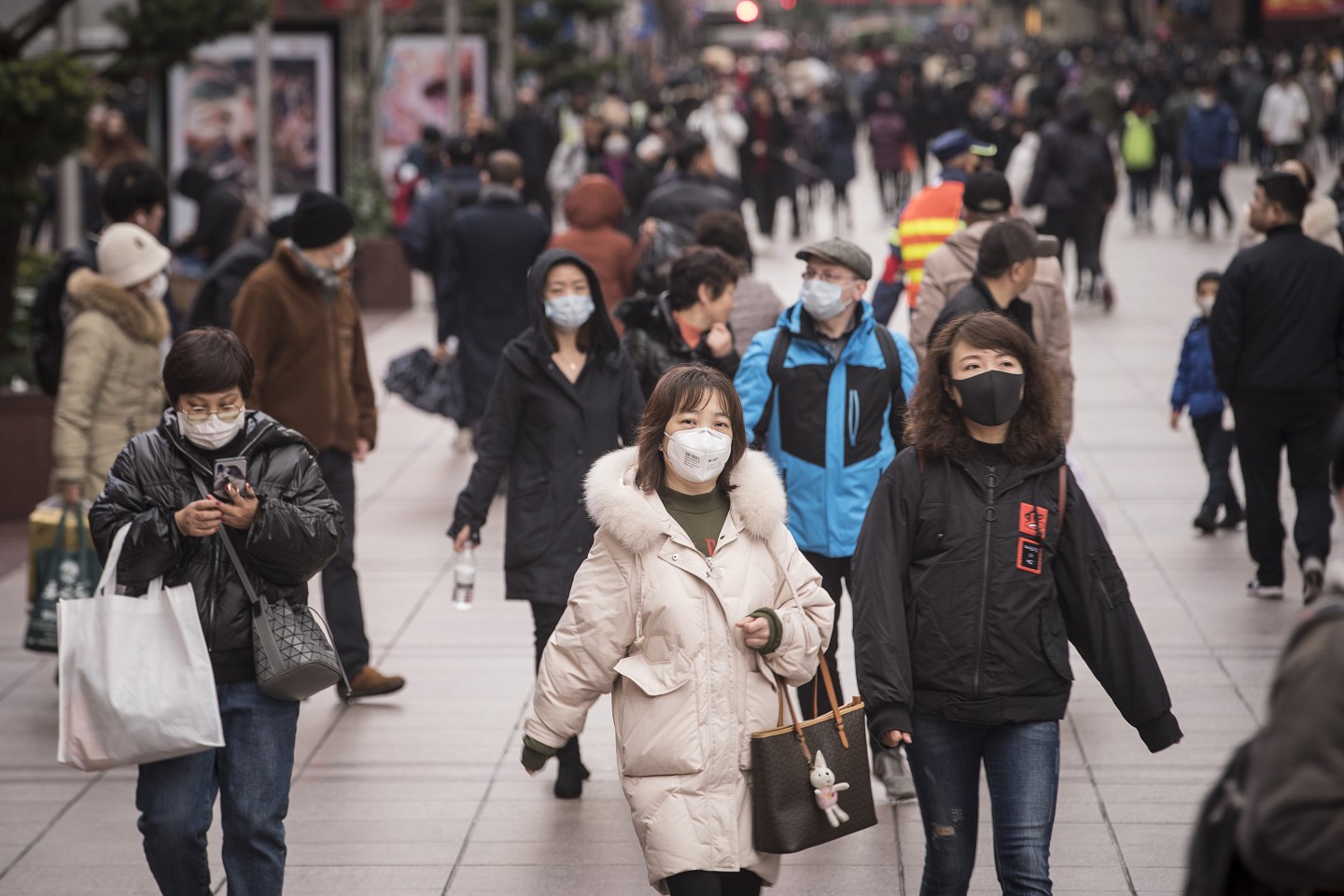 How should public opinion be handled amidst the escalation of the Wuhan coronavirus? (Qilai Shen/Bloomberg) 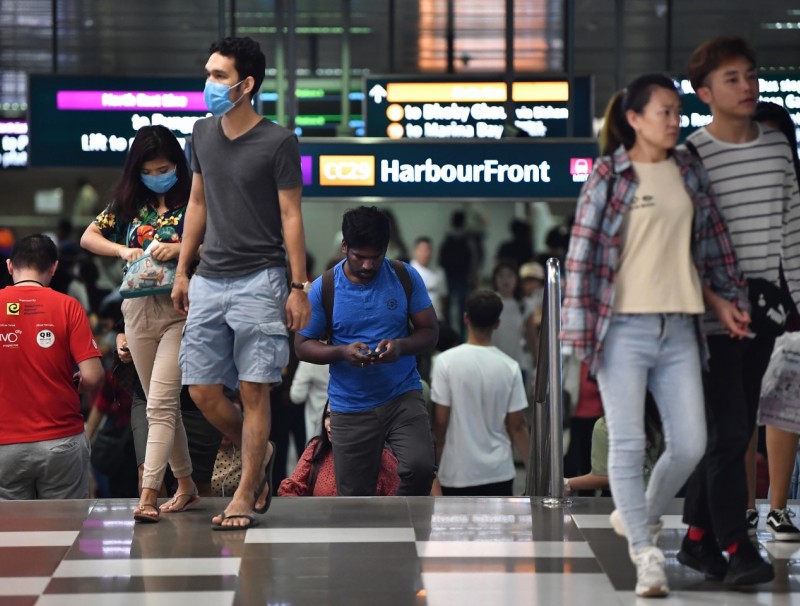 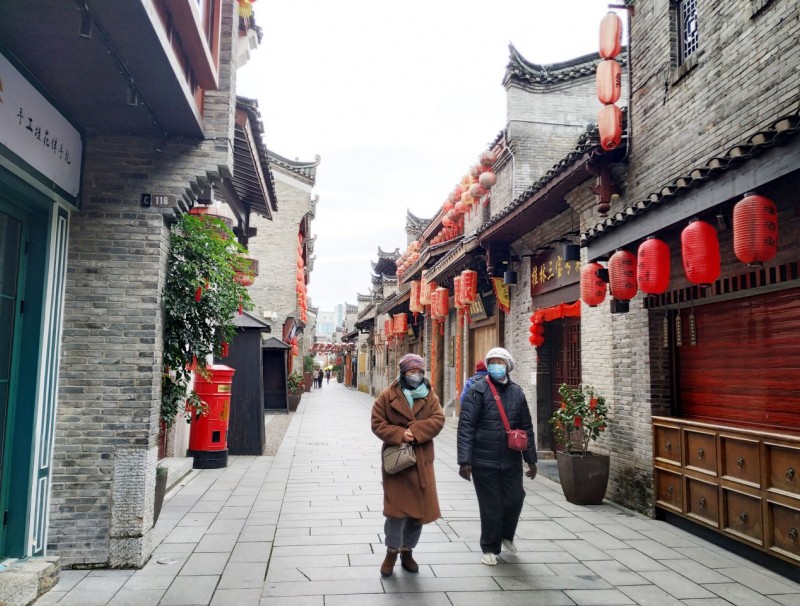 Grace Chong - 13 February 2020
Political scientist Ang Yuen Yuen concludes that given time and circumstance, there is a much higher political price to pay for Covid-19 in the 2020s compared to SARs in the 2000s.
Read more
Translated by Grace Chong on 30 January 2020

Immense outpourings of public opinion and online discussion have compelled China's Supreme People’s Court to step out in defence of a group of netizens charged with “spreading rumours” about the Wuhan coronavirus. This rare move by the Court on Tuesday (28 January) is seen as an indirect but open criticism directed at Wuhan officials.

According to analysts, the Supreme People’s Court’s support for the rumour-mongers shows their dissatisfaction with how Wuhan and Hubei officials had handled the coronavirus outbreak. It could mean that local officials would be held accountable soon for their mishandling of the viral disease.

On the day after the Wuhan coronavirus was made public on 31 December 2019, Wuhan police punished a group of eight people who spread a rumour that “a confirmed case of SARS has been found in Huanan Seafood Wholesale Market”. Police charged this group of people for “publishing or forwarding false information on the internet without verification”, bringing about bad repercussions for the society.

Wuhan police even issued a warning on their official Weibo account, “Anyone posting information and comments online should abide by [China’s] laws and regulations. The police will investigate and punish anyone fabricating and spreading rumours and disrupting social order.”

A WeChat official account 北青深一度 (bqshenyidu) conducted an interview with one of the rumour-mongers and posted it on 28 January 2020. In the interview, this rumour-monger who is actually a doctor, said that he had disclosed the “confirmation of seven SARS cases” in a group chat. The hospital where he worked, demanded him to submit a reflection report, and he was also summoned by the police to sign an agreement to shut up.

The Chinese public was upset that Wuhan police had blocked online discussions in the name of curbing rumour-mongering, and they suspected that this had led to the loss of 20 critical days in virus containment. They questioned the police’s motives and accused them of teaming up with the local government in concealing the outbreak.

...with the current information explosion, any attempt to hide the truth will be futile, while old ways to control information will be difficult as well.

The Supreme People’s Court asserted on their official Weibo on Tuesday (28 January) that “in resolving rumours, legal punishment treats the symptoms, while transparency in information dissemination cures the disease".

The report continues in harsh tones, “Officials must not think that information dissemination is their own territory only. They must consider the full picture from the perspective of the Party, and the country’s duty.”

To punish any information not totally accurate is neither legally necessary nor technically possible. It … undermines the credibility of the government and chips away at public support for the Communist Party.

The report also compares the current media environment with the 2003 SARS epidemic and points out that with the current information explosion, any attempt to hide the truth will be futile, while old ways to control information will be difficult as well.

The report stands in favour of the eight netizens and said that while the 2019 Novel Coronavirus is not SARS, what they posted online is not entirely fabricated either, “It might have been a fortunate thing if the public had believed the ‘rumour’ then and started to wear masks and carry out sanitisation measures, and avoid the wild animal market.”

The report also called for law enforcers to maintain a tolerant attitude, pointing out that, “To punish any information not totally accurate is neither legally necessary nor technically possible. It … undermines the credibility of the government and chips away at public support for the Communist Party. It could even be used by hostile overseas forces as an excuse to criticise us.”

The Supreme People’s Court open defence of the eight “rumour-mongers” is regarded as bearing down on the Wuhan officials who had punished the group of eight. The court is forcing Wuhan officials to issue a response or apologise for its wrongdoings. Various Chinese experts and opinion leaders have also shown support for these eight people recently.

Following the widespread dissemination of the Supreme People’s Court report by various Chinese media, Wuhan police have announced on Weibo that the eight people have published “information without verification” and that the information published “was not especially serious and the accused should be subjected to "education" and "criticism" rather than fines or detention.”

“In matters pertaining to public opinion supervision, it is inappropriate for officials to silence every piece of ‘rumour’ in the name of maintaining social order.” - Professor Tang Renwu

This clarification invited even more criticism, with numerous netizens demanding an open apology from the Wuhan officials. A netizen even commented that, “Especially to that person who said the virus was “SARS-like”. If the Wuhan officials had brought up such a suspicion, the whole country could have had a joyful Chinese New Year.”

In an interview with Zaobao, Professor Tang Renwu, dean of Beijing Normal University’s School of Government, called for officials to handle public opinion in an Internet era head-on. He says, “Slamming rumours if they are purely rumours is totally fine. However, the situation in Wuhan at that time was already hinting at a virus outbreak. In matters pertaining to public opinion supervision, it is inappropriate for officials to silence every piece of ‘rumour’ in the name of maintaining social order… This goes to show that the governing capabilities of Wuhan officials have not kept up with the times in the present information society.”

Peking University political scientist Yang Zhaohui told us in an interview that the officials have habitually adopted a strict control on public opinion, and the lesson that can be learnt from this incident is, “Public opinion that will not cause significant social impact and upheaval should be handled with more tolerance and less stringent control.”

China's anti-corruption watchdog said on Thursday it will severely punish officials who slack off on the job in fighting a new virus that is spreading across the country. The Central Commission for Discipline Inspection (CCDI) said on its website that anyone who doesn't effectively carry out President Xi Jinping's instructions in the fight against the virus would be punished. CCDI also said it would punish those who are derelict in their duty and misappropriate rescue funds and materials. (Reuters, 30 January 2020)

Society
Wuhan doctor Cai Yi: 'We are the Little Folk — we!'