The only way out for the Taiwan issue

While the current situation in the Taiwan Strait seems to be tense, how likely is it to boil over? Both sides are fully aware that if fighting does break out, other countries are likely to get involved, and the implications are enormous. That is why it is critical first and foremost, to work on finding an enduring political solution. Researcher and commentator Wei Da takes a closer look at the issue. 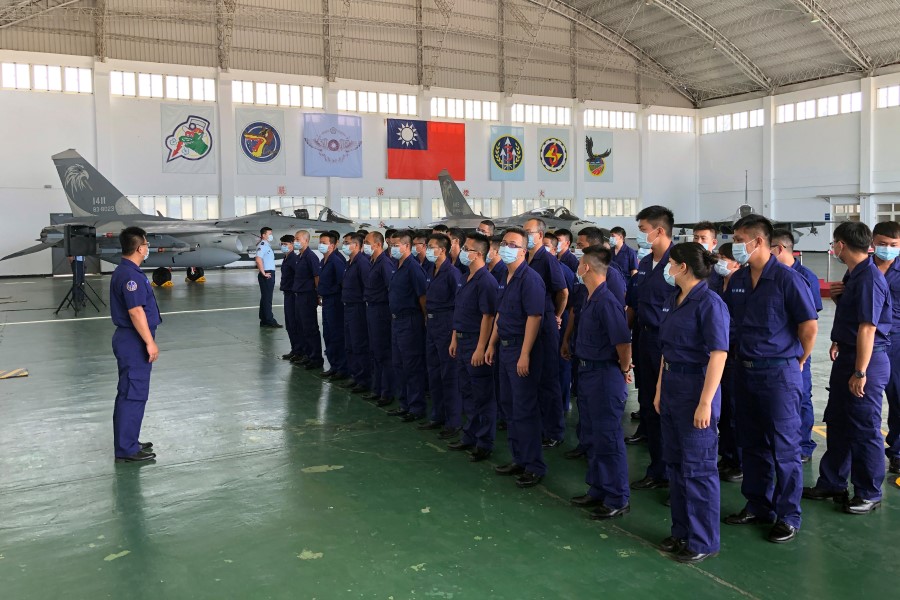 Candice Chan - 19 January 2023
The latest announcement of China’s first population drop in six decades has gained much attention, with concerns over the long-term implications for the economy and the community. How will this affect China’s GDP and its aim to overtake the US as the world’s biggest economy? Can China reverse the population trend?
Read more
Translated by Candice Chan on 6 October 2020

The current precarious situation in the Taiwan Strait is due to a series of evolving and escalating political and military confrontations, with military consequences an aftereffect of the politics. Cross-strait tensions have now gone beyond localised geopolitics and are mushrooming to a level that could deeply impact Indo-Pacific and even global politics. The various parties involved probably did not expect the Taiwan Strait to cause such waves.

For mainland China, the Taiwan issue has always been painted as a tussle between unification and separation. For Taiwan, its differences with the mainland are more to do with social systems and values. Ancient Chinese teachings have it that “people of different opinions cannot work together” (道不同，不相为谋); but there is also the saying that “gentlemen can get along despite differences” (君子和而不同). Which is more applicable to mainland China and Taiwan? It is actually quite simple: in order to get along despite differences, first of all everyone has to be a gentleman, otherwise they cannot work together.

Not only did foreign countries participate and intervene with Taiwan affairs, but Taiwan itself also morphed and evolved with the tide of the times and with every encounter with different civilisations.

Based on China’s traditional thinking of the “Middle Kingdom”, Taiwan has always been seen as a “solitary and orphaned” island. But from the time of Zheng Chenggong (or Koxinga) — a Chinese Ming loyalist who resisted the Qing conquest of China in the 17th century — Taiwan has always been involved in the manoeuvrings and confrontations among international parties and forces. Not only did foreign countries participate and intervene with Taiwan affairs, but Taiwan itself also morphed and evolved with the tide of the times and with every encounter with different civilisations.

Some major events are as follows: for close to 40 years from 1624 to 1662, the Dutch claimed control of the island as Dutch Formosa; French troops attacked and occupied parts of Taiwan from 1884 to 1885; for about 50 years between 1894 and 1945, Taiwan was a Japanese colony; after World War II, between 1949 and 1979, the US had close diplomatic ties with Taiwan and even stationed troops on the island. Taiwan also began to open up to Western influences. In 1987, Chiang Ching-kuo lifted martial law and removed restrictions on political parties as well as newspapers, returning power to the people and creating a new Taiwan with democracy and rule of law. In 1996, Taiwan saw its first popularly elected president, and in 2000, had its first democratic change in political party.

The lesson from history is that when a culture or a people calls for self-government and liberation, it cannot be constrained. It must be bold enough to be open to change and transformation, and take in what is good about foreign cultures and civilisations to overcome their own flaws and bad habits, to keep pushing for the democratic rule of law in society. This is the way to break out of the vicious circle of history, and move towards a healthy and progressive civilisation.

The Taiwan issue is not simply about independence or unification or geopolitics; it is also about the desires of its people and the fate of civilisation.

Taiwan issue not simply about independence or unification

Hence, contemporary thinking positions Taiwan as a member of our modern civilised society. The Taiwan issue is not simply about independence or unification or geopolitics; it is also about the desires of its people and the fate of civilisation. Without this awareness and vision, there can be no proper resolution to the so-called Taiwan issue; on the contrary, the Taiwan issue might get the better of everyone.

It is worth noting that since modern times, military affairs are no longer a simple extension of politics. That is, if one does not win through politics, military action is unlikely to work either. Brute force might have been effective in the old days because civilised politics was not widespread or well-developed. The rule of thumb is that in today’s world, any true military victory first requires political victory. Otherwise even if a temporary military victory is won, it will be difficult to sustain.

Once conflict breaks out in the Taiwan Strait, each side will have practically no choice or recourse other than to fight it out.

From a military angle, apart from high tensions in the Taiwan Strait, China is facing border conflicts with India in the southwest, a tussle over the Senkaku/Diaoyu islands with Japan in the East China Sea, and sovereignty claims with neighbours in the South China Sea, as well as maritime rights disputes with the US. But on closer inspection, there is room to manoeuvre on most of these points — only the Taiwan Strait situation is highly sensitive, and will be difficult to control once it breaks.

Once conflict breaks out in the Taiwan Strait, each side will have practically no choice or recourse other than to fight it out. For mainland China, it has been preparing for 70 years for unification. If the fighting starts, it will be a fight to the end, or else the consequences will be unimaginable. For Taiwan, it has only two choices: to fight, or to surrender. There is no option to retreat to another location or an outlying island. And under the current Democratic Progressive Party government and with the mainstream general sentiment, it is very likely that Taiwan will choose to resist or even to fight back.

...the US and Japan will join in, while the naval forces of India, Australia, and Britain may block the Strait of Malacca and cut off China’s maritime oil transport route, or launch an attack in the South China Sea...

Accidental war in Taiwan Strait could spark off larger conflict

Internationally, in the current climate, what used to be theory has become the real expectation. In the name of maintaining security and unity in the Indo-Pacific, once fighting breaks out in the Taiwan Strait, the US and Japan will join in, while the naval forces of India, Australia, and Britain may block the Strait of Malacca and cut off China’s maritime oil transport route, or launch an attack in the South China Sea in response to the situation in the Taiwan Strait.

When that happens, the fighting will expand from both sides of the Taiwan Strait to a regional war involving multiple countries. And if there is a deadlock, it is also possible that it will escalate from a conventional war to a nuclear war. So, a war in the Taiwan Strait may result in mutual destruction. Would this be in line with the original intention of starting the war? Probably not. But it seems that neither side will accept being on the losing end, and so there is no other choice.

The conclusion is that in the current circumstances, once fighting breaks out in the Taiwan Strait, the situation will very likely spin out of control and lead to catastrophic consequences that will not shift according to what the various parties want. So it is not a question of who dares to start it, but of how it will end. Reliance on military might alone will not help, nor is it wise to fight in the seas along one’s own coast.

In summary, looking at the strength on either side of the Taiwan Strait, there is no chance that Taiwan will launch a preemptive first strike against the mainland. In terms of diplomacy, Taiwan will not break away from the current framework of the “Republic of China”, which means a continuation of the so-called “one China, different interpretations” principle.

The Taiwan issue calls for a reasonable political solution. And not just Taiwan — the entire Indo-Pacific region needs to seek political negotiation and resolution with a general consensus. This is the only feasible solution and hope.

Related: The median line of the Taiwan Strait: No longer a boundary for mainland China | Chinese academic: A ‘reunification by force’ would be Taiwan's last | The PLA’s game of deterrence in the Taiwan Strait | Failed 'coercive diplomacy'? Beijing might harden its stance on Taiwan after Czech delegation's visit