Widening perception gap between Japan and China since Covid-19 outbreak

Japanese academic Shin Kawashima says despite the appearance of warmer China-Japan relations after the Covid-19 outbreak, judging from Japanese sentiments at least, the picture is not that rosy. While there does not appear to have been any public opinion survey, the frustration from Japanese people is discernible. 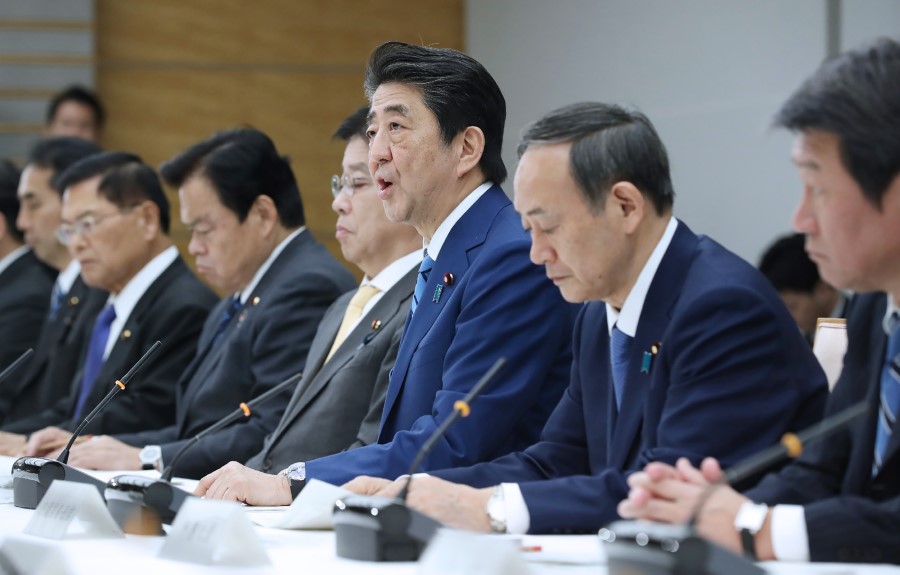 Candice Chan - 6 December 2022
Commentator Chen Kuohsiang notes that even after the 20th Party Congress and talks between Chinese and US Presidents Xi Jinping and Joe Biden during the G20 summit, the Chinese economy is not facing an easy time, not least because of Covid-19 controls, the US's trade restrictions and China's stringent policy on private enterprises.
Read more
Translated by Candice Chan on 28 February 2020

With the Covid-19 outbreak now affecting not only China but other countries including Japan, President Xi Jinping’s visit to Japan, previously scheduled for the beginning of April, may now be postponed. The governments of the two countries are, of course, insisting that they are preparing for the visit as planned. However, given that Beijing has already decided to delay the annual National People’s Congress and that Japan is unsure when the outbreak will reach its peak, surely it would be difficult to actually go ahead with President Xi Jinping’s visit to Japan as planned.

...the main item on the agenda must surely be infectious diseases.

It should be noted that, regardless of when President Xi Jinping visits Japan, the Covid-19 outbreak is turning out to be powerful enough to significantly alter the context of Japan-China relations. Issues such as a fifth political document governing China-Japan relations* were previously on the agenda for the visit. However, given that diseases such as Covid-19 strongly impact the daily lives of people in Japan and China, South Asia and the rest of the world and that Japan, China and South Korea — three countries which are supposed to drive the global economy — are among the most infected countries, Japan and China need to implement measures against such infection to prevent another mess-up in the future. In addition, with the Tokyo 2020 Summer Olympics in July and the Beijing 2022 Winter Olympics just around the corner, the Chinese must also share Japan’s understanding of the threats and risks that infectious disease outbreaks pose to the Olympic Games. In other words, the main item on the agenda must surely be infectious diseases.

However, I believe that the question that this novel coronavirus raises for Japan-China relations lies elsewhere. Namely, whether the perception gap in how Japan and China view each other has grown wider since the outbreak of this disease. As everyone knows, Japan donated millions of masks to China in response to the spread of the novel coronavirus in China such that by the time cases started increasing in Japan, there was a shortage of masks in Japan. Given the reluctance of some countries and regions to donate masks to China, Chinese state media and social media were full of praise for Japan.

It was remarked that, recently, with growing numbers of Chinese tourists visiting Japan, Chinese attitudes toward Japan had improved slightly. While the number of Chinese tourists to Japan dropped dramatically with the spread of the novel coronavirus, Japan’s donation of masks had an unexpected effect. Chinese media pointed out signs of an “unprecedented improvement” in attitudes toward Japan and reported that some regions had stopped broadcasting anti-Japan dramas.

Whilst there does not appear to have been any public opinion survey, Japanese no doubt feel that they have been engulfed by yet another problem from China like the previous SARS outbreak...

Similarly, in 2019, when the Japanese government took the lead in improving relations with China in response to overtures from China’s government and private sectors, voices calling for an improvement in relations with China were not necessarily as strong in Japan’s private sector. China’s arrest of a Japanese professor on suspicion of spying and the activities of Chinese government vessels in the waters surrounding the Senkaku Islands (Diaoyu Islands), which have, if anything, increased since the spread of the novel coronavirus, continue to create a negative impression of China in Japanese society.

Both Japan and China must make an effort to calmly observe each other’s social situation and engage in direct dialogue with each other.

If, due to the widening perception gap between Japan and China, Japan fails to live up to China’s expectations or shows indifference towards China, China may ultimately feel betrayed. Both Japan and China must make an effort to calmly observe each other’s social situation and engage in direct dialogue with each other. Failure to do this will lead to a never-ending cycle in which both sides depict the other as they want to see them and then despair when this depiction becomes a reality.

*President Xi Jinping and Prime Minister Shinzo Abe agreed to create the fifth political document during a meeting in Beijing last December. China and Japan have signed four documents since the two countries normalised their diplomatic relations in 1972.

The first political document, a joint communique signed in 1972 between Chinese Premier Zhou Enlai and Japanese Prime Minister Kakuei Tanaka, ended the “abnormal state of affairs” between the countries following the end of World War II. Since then, the two countries have signed three more documents in 1978, 1998 and 2008.

Related readings: In sickness and in health: Honeymoon period for China-Japan relations? | [Photo story] We share the same sky and moon: China touched by Japan's friendship