04 May 2020
By Zhu Zhiqun
Political Scientist

Taking an aggressive stance will do Chinese diplomats little good in their efforts to control the narrative, says Zhu Zhiqun. In fact, such behaviour offends the very people they hope to persuade. However, is wolf warrior diplomacy becoming the new normal? 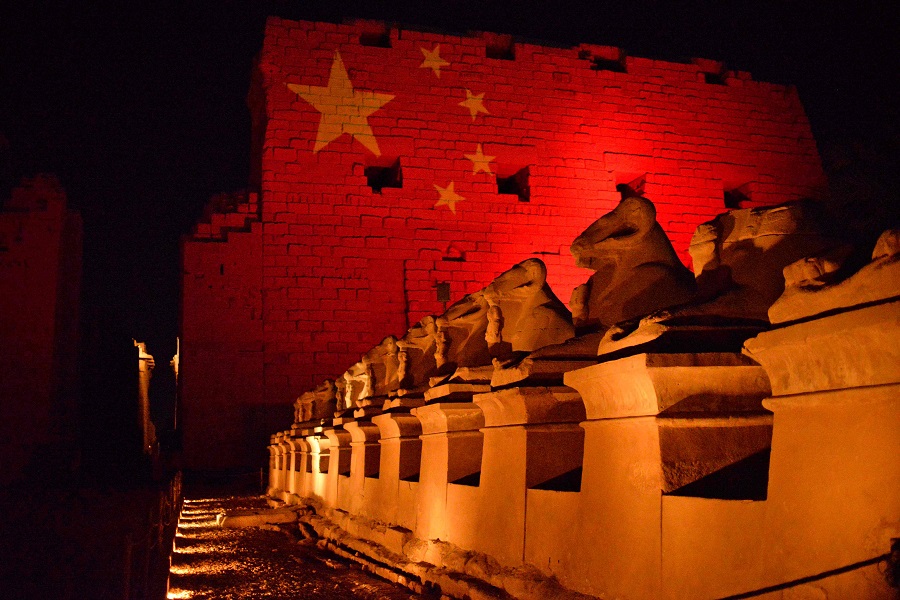 Grace Chong - 2 December 2022
Caixin notes that China is poised to roll out more policies to assist developers in an increasingly desperate attempt to arrest a protracted downturn of the multi-trillion-dollar property sector. However, amid the perform storm of changing demographics, Covid-19 disruptions, weakening demand and Beijing’s campaign of deleveraging, industry practitioners are bracing for a tough battle.
Read more
Translated by Grace Chong on 4 May 2020

Recently the Chinese foreign ministry has taken an increasingly strident tone against the US, Australia, and a few other countries. Dubbed “wolf warrior diplomacy”, this new approach seems to enjoy some popularity inside China and reinforces a presumed transition of Chinese diplomacy from being conservative, passive, low-key to assertive, proactive, and high-profile.

Wolf warrior diplomacy, named after the popular movies, describes how Chinese diplomats are launching an offensive to defend China’s national interests in a high-handed and often confrontational way. For example, China's foreign ministry spokespersons Hua Chunying and Zhao Lijian have taken to Twitter to hit back against external criticisms of China’s handling of the coronavirus outbreak and poor quality of exported Chinese medical equipment. Zhao said in a tweet on 20 March that “if someone claims that China’s exports are toxic, then stop wearing China-made masks and protective gowns”. He suggested in another tweet on 12 March that “[i]t might be (the) US army who brought the epidemic to Wuhan”.

Why is China resorting to wolf warrior diplomacy? How does it affect the current global combat against Covid-19 and China’s relations with other countries? Has the aggressive style become the norm of Chinese diplomacy?

Soaring nationalism the other side of coin

First, this change in China’s diplomatic approach did not occur all of a sudden. Since 2010 when China's GDP overtook Japan's to be the world's second largest, the Chinese have become more proud and confident, and China’s foreign policy has become more assertive, gradually departing from, but not completely abandoning, former leader Deng Xiaoping's taoguang yanghui (韬光养晦, keeping a low profile) dictum. As the Communist Party continues to promote “four confidences” — confidence in our chosen path, confidence in our political system, confidence in our guiding theories, and confidence in our culture —  nationalism has been on the rise among the Chinese public. Wolf warrior diplomacy is an extension and reflection of soaring nationalism at home.

Then on 19 April, Chinese Ministry of Natural Resources and Ministry of Civil Affairs jointly announced the naming of 80 islands, reefs, seamounts, shoals and ridges in the South China Sea...

In recent years, President Xi Jinping has advocated “a fighting spirit” on several occasions, whether speaking to PLA soldiers or to party officials at the Central Party School. This gung-ho call has apparently raised the morale of Chinese officials and diplomats and has encouraged a more assertive diplomatic style.

Wolf warrior diplomacy is evidenced not only in combative words but also in aggressive actions. For example, in early April, a China Coast Guard ship allegedly sank a Vietnamese fishing trawler near the controversial Paracel Islands. When Vietnam protested, the Chinese foreign ministry responded by saying Vietnam’s claims of the controversial area are “illegal”. Then on 19 April, Chinese Ministry of Natural Resources and Ministry of Civil Affairs jointly announced the naming of 80 islands, reefs, seamounts, shoals and ridges in the South China Sea, triggering angry protests from other claimants of the South China Sea. The last time China named islands and other geographical features in the South China Sea was in 1983.

Second, as China becomes more powerful, some of its neighbours and Western countries especially the US increasingly view China's development as a threat to their national interests. These countries are generally unprepared or unwilling to accept China’s rise. Western narratives about China's rise are overwhelmingly negative. Many Chinese believe that Western media portrayal of China is highly biased, often with ideological and racist tinges. The wolf warrior diplomacy is part of the Chinese government’s endeavour to “tell the China story” to counter Western narratives. The latest diplomatic offensive is also part of the official effort to project China as a great power leading the global fight against the Covid-19 pandemic.

China’s image has suffered during the Covid-19 crisis due to its bungled handling of the outbreak at the early stage. Many countries blame China for initially covering up the human-to-human transmission of the virus and for not sharing complete information with the international community. Some have even sued China in their courts. There has been a reported surge of cases of sinophobia or anti-Chinese and anti-Asian racism in some countries.

...just as Chinese society has become more diverse, Chinese diplomats are not monolithic.

From China’s perspective, the current wolf warrior diplomacy is a direct response to “unfair” approaches of other countries, especially the US, toward China and the Chinese people. For example, earlier this year, the US and China were engaged in a race to expel journalists, which started with the publication of an op-ed titled “China is the Real Sick Man of Asia” by The Wall Street Journal. When the Journal refused to apologise, China expelled three of its journalists. Shortly afterwards, the US State Department declared five Chinese news media to be “foreign missions”, requiring them to register their personnel and property with the US government and cutting the number of Chinese nationals working at the five media. In retaliation, the Chinese Foreign Ministry expelled more American journalists.

In the view of foreign ministry spokesman Zhao, his claim that the coronavirus might have been brought to Wuhan by the US military athletes was a response to US politicians’ calling it “Chinese virus”. Hawks in the US government, notably Secretary of State Mike Pompeo, have continued to use the derogatory term “Wuhan virus” in violation of the World Health Organisation guidelines.

Diplomacy is not the priority of Chinese leaders, whose focus is inevitably on daunting domestic challenges.

Traditional-minded Chinese diplomats, including the long-serving ambassador to Washington, Cui Tiankai, have sought to tamp down the combative impulse among some Chinese diplomats and dismissed Zhao’s conspiracy theory about the US military as “crazy”. Another veteran diplomat, former vice foreign minister Fu Ying, said Chinese diplomats should uphold “the spirit of humility and tolerance, and adhere to communication, learning, and openness” in a recent article.

Wolf diplomacy soon to fizzle out?

Diplomacy cannot and should not be hijacked by populism and nationalism at home. Whether wolf warrior diplomacy represents the culmination of the transition of Chinese diplomacy to a combative and hawkish style is too early to tell. Diplomacy is not the priority of Chinese leaders, whose focus is inevitably on daunting domestic challenges. As China faces growing external criticisms and demands for reparations over the coronavirus, it is not inconceivable that Chinese leaders will soon rein in the confrontational-style diplomacy in order to create an environment conducive to domestic reconstruction. In other words, with internal and external challenges, wolf warrior diplomacy may not last long.

In fact, wolf warrior diplomacy is already hurting China’s foreign policy since it has generated some pushback against China, such as Australia’s calls for an independent probe into the origins of the coronavirus. China’s soft power is weak globally; a belligerent approach will further damage China’s global image. According to the latest polls released by Pew on 21 April, 2020, 66% of American surveyed during 3-29 March say they have an unfavourable view of China, the most negative rating for the country since Pew began asking the question in 2005, and up nearly 20 percentage points since the start of the Trump administration. Confidence level in President Xi dropped to 22%, the lowest since the question was asked in 2014.

The distrust between the two countries is reaching the highest level since 1979 when the diplomatic relations were established.

As the American public opinion of China and Xi turns more negative, so does Chinese public view of America. Professor Wang Jisi of Peking University noted in a recent speech that the attitude of the Chinese government, think tanks, media, and public opinion toward the US have greatly changed during the Covid-19 period. The distrust between the two countries is reaching the highest level since 1979 when the diplomatic relations were established. Yet, one sees no end in the information war and diplomatic battle between the two countries. America’s naming and shaming of China, and China’s tit-for-tat response have made much-needed cooperation in combating the coronavirus very difficult.

Finally, diplomacy is supposed to help solve problems and bring nations together, not push them apart. It is truly unfortunate that China and the US are engaged in a diplomatic tussle and blame each other when they should work together. It's imperative that they play down their differences and focus on containing the coronavirus now.

As a nation proud of its glorious ancient civilisation, China should remain humble and magnanimous. It should also be courageous enough to admit its botched handling of the coronavirus at the outset and hold relevant officials accountable. The Chinese government should improve the mechanism that encourages, not impedes, local officials to report such public health alerts instantly and effectively.

A more powerful China should be more confident and be receptive to constructive criticisms.

Due to political, ideological, and cultural differences, Western suspicions about the Chinese government and anxiety about China’s rise will not disappear any time soon, and the Covid-19 pandemic has exacerbated such distrust and apprehensions. A more powerful China should be more confident and be receptive to constructive criticisms. Striking a balance between firmly defending its national interests and enhancing its soft power is a great challenge in Chinese diplomacy today.

Related: Is China’s pandemic diplomacy working? | From ‘yellow peril’ to sinophobia | [Photo story] When Chinese are not welcome | US journalists expelled: Diplomatic clash or press freedom in downward spiral? | From ‘sick man’ to ‘sleeping lion’: Have the Chinese overreacted?