Alibaba’s name is said to be inspired by the song that goes: “Ali Baba is a happy youth!” But after the halting of Ant Group’s listing and being slapped with a 18.228 billion RMB fine, Alibaba faces headwinds. In their anti-monopoly efforts, the authorities seem to have no qualms about making an example of companies like Alibaba. Zaobao correspondent Yu Zeyuan analyses the situation. 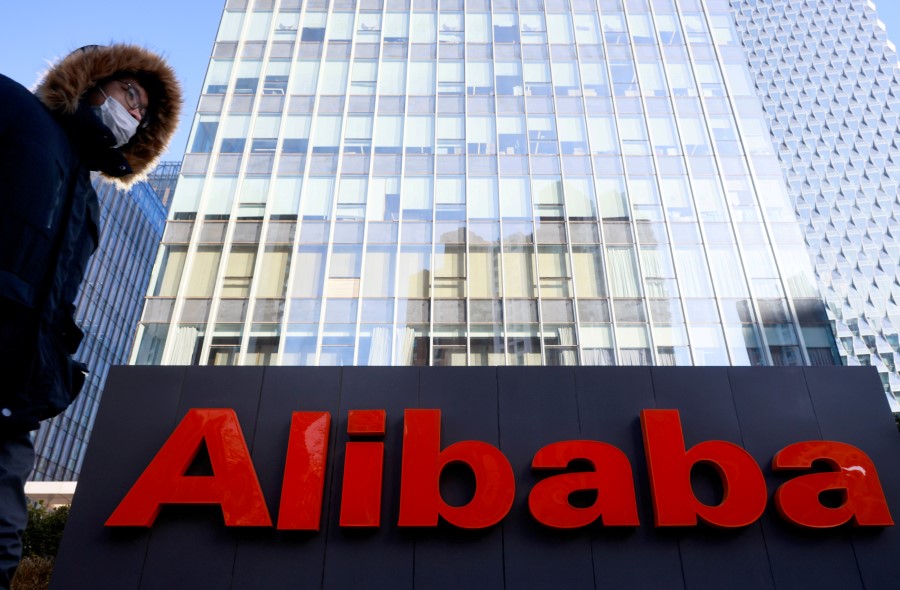 The logo of Alibaba Group is seen at its office in Beijing, China, 5 January 2021. (Thomas Peter/Reuters)

Candice Chan - 25 January 2023
While the Americans have made noticeable progress in their “pivot” to Asia, the crux of successful regional engagement rests on Washington’s ability to work with and around China’s indisputable links and influence in this part of the world, while managing its own relationship with Beijing.
Read more
Translated by Candice Chan on 12 April 2021

​“Ali Baba is a happy youth!” goes a line from Ali Baba by Taiwanese singer Peter Chen. A 1980s hit, the song is said to be Jack Ma’s inspiration for naming his company Alibaba.

Since its inception in September 1999, the Alibaba Group has ridden the wave of the internet economy and grown into a major company with a global following. With juggernauts under its stable including Taobao, Tmall, AliExpress, Alibaba Cloud, and Ant Group, the company’s reach has long extended beyond the commercial sector.

It can be said that in its growing up years, Alibaba was indeed a "happy youth”. However, Ant Group’s listing was halted in November 2020; on 10 April, the Alibaba Group was fined 18.228 billion RMB (about S$3.6 billion) for abusing its market dominance. These events present unprecedented setbacks for Jack Ma and the Alibaba Group.

People are wondering: is there a link between the fine and the suspension of Ant Group’s listing? Can Alibaba and Jack Ma be as successful and happy as they once were?

On the surface, it looks like Ant Group’s listing was scuttled because Ma did not hold his tongue. But in fact, the suspension stems from the authorities’ anti-monopoly efforts and their resolve to stop the “disorderly expansion of capital”.

The listing of Ant Group was touted as a “feast” for capitalism that would create billionaires. Behind it was a host of private capitalists who were close to Ma, as well as social security funds, China-invested companies, and state-level investors such as China Life Insurance Company, and even official state media such as CCTV. In other words, Ant Group deftly tied itself to state-owned funds, and successfully cleared the various stages of getting listed, and once it was listed, it would pose a greater challenge to official regulation and policymaking. To China’s leaders, that would be a classic case of disorderly expansion of capital.

Soon after the suspension of Ant Group’s listing, the Chinese Communist Party Politburo meeting in December 2020 raised the intention of strengthening efforts against monopoly and preventing “disorderly expansion of capital”, meaning that Alibaba and other monopolistic industry giants will face stricter regulations.

On 24 December 2020, Alibaba came under investigation by the State Administration for Market Regulation — prior to that, Alibaba claimed the investigation was just a rumour. Obviously, the "happy youth" was made an example of by the authorities.

This reminds me of Alibaba’s dispute with China’s State Administration for Industry and Commerce (SAIC) in 2015. Back then, the SAIC alleged that Taobao, an e-commerce platform under Alibaba, had five inadequacies including poor access control, inadequate review of product information and chaotic sales management.

Taobao strongly refuted the allegations, claiming that Liu Hongliang, deputy head of SAIC’s e-commerce trading supervision department, was guilty of using improper supervision procedures and was “emotional” while executing his duties. Surprisingly, during that dispute involving government officials and a business, the SAIC made concessions and settled the dispute with Taobao amicably.

But this time, Alibaba was not only up against a certain regulatory department but high-level policy decisions regarding anti-monopoly rules and the prevention of disorderly expansion of capital.

But this time, Alibaba was not only up against a certain regulatory department but high-level policy decisions regarding anti-monopoly rules and the prevention of disorderly expansion of capital. Alibaba was doomed to fail.

Alibaba was fined 18.228 billion RMB — 4% of its total 2019 domestic sales of 455.712 billion RMB and 22% of its 2019 net profit. It certainly suffered a great loss. At the same time, the authorities also requested that Alibaba make “thorough rectifications” such as strengthening internal compliance, ensuring fair competition, and protecting businesses on the platform and consumers’ rights. The company must also submit self-regulation reports to the State Administration for Market Regulation for three consecutive years.

Taking the penalty ‘with sincerity'

Compared with its strong counterattack on the SAIC over five years ago, Alibaba swiftly accepted the penalty with “sincerity”, stating that it would ensure its compliance “with determination”. Having learnt its lesson during the suspension of Ant Group’s IPO, it seems that Alibaba is well aware that the tables have turned and that it now needs to readjust itself and adapt to the new situation.

Punishing such a giant would undoubtedly have a strong deterrent effect.

Officials have heavily punished Alibaba primarily because this industry leader has indeed engaged in monopolistic practices. Punishing such a giant would undoubtedly have a strong deterrent effect. Also, Alibaba’s earlier use of strong-arm tactics against the SAIC and Ma’s recent improper remarks may have sown the seeds of its punishment today.

Ma and Alibaba have suffered several major blows after Ant Group’s failed IPO last year and Alibaba’s severe punishment this time round. But this does not mean that Ma and Alibaba will not get back on their feet. The authorities want to rectify the economic chaos on the platform and prevent the disorderly expansion of capital giants, but not at the expense of destroying Alibaba or Ma completely.

In fact, Alibaba Group is still one of China’s strongest internet companies. Its businesses in e-commerce, logistics, financial services, and so on will not be taken away. While Ma rarely made an appearance over the past six months, the halo above his head has not disappeared and he remains a role model for many people who are struggling to succeed.

But in the climate of anti-monopoly regulation being the norm going forward, Alibaba Group or Ma himself will never again be the carefree and courageous “happy youth” that they once were.