Biden or Trump? Southeast Asia’s stakes in the US election

A checklist of the differences Southeast Asia can expect if Joe Biden wins the US presidential election or Donald Trump is returned to the White House. 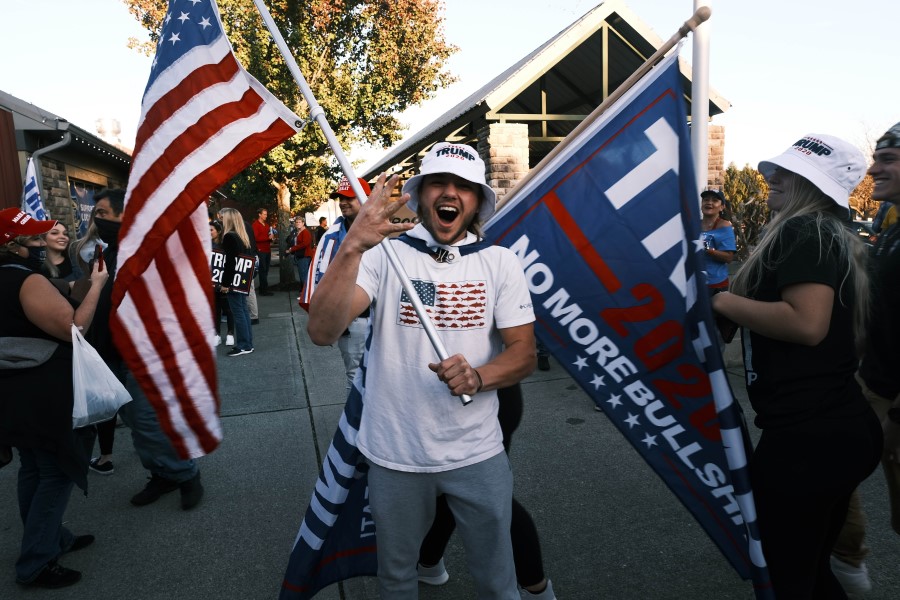 Candice Chan - 28 November 2022
Often referred to as the world’s economic “canary in the coal mine”, South Korea has seen its economy tumble over the past year, impacted by external factors such as US interest rate hikes and signs of recession in key trade partners. The accumulation of domestic factors — currency crisis, tumbling stock market and rising inflation — is also hitting the South Korean economy hard. However, this industrial powerhouse has the domestic means to climb out of the doldrums.
Read more
Translated by Candice Chan on 14 October 2020

Who sits in the White House matters a lot for Southeast Asia. The change from President Obama to President Trump is testament to this structural reality. A Biden administration could see seven important changes. A second Trump term promises more of, but not all of the same as, the first.

1. A Biden administration’s foreign and security policies, like those of any US administration at this point in history, will be constrained by the realities of US strategic over-reach and the country’s deep socio-economic problems.

The importance of Southeast Asia to American interests has increased.

2. However, there will be some positives for this region. A Biden administration will help restore, even if partially, US standing in much of Southeast Asia. President Trump has damaged this with his divisive and erratic leadership at home, and unilateral and transactional America First policy abroad.

There will be more support for multilateralism and international organisations like the UN that are particularly important for the security and economic interests of smaller countries. A Biden administration will appreciate better the importance of these organisations in America’s contest with China for influence.

3. There will likely be more attention paid to Southeast Asia and ASEAN and a more appropriate-level attendance at ASEAN summit meetings compared to the Trump administration. The importance of Southeast Asia to American interests has increased. Mostly, as in the past, this is due to reasons beyond Southeast Asia per se — this time the strategic importance of this region for countering China.

4. There could be more demands on regional countries to help America counter China. These could include more access for the US military, participation in US military activities, restrictions on certain types of cooperation with China and stronger statements from ASEAN and individual countries in support of at least the principles underlying the Free and Open Indo-Pacific strategy. In these respects, a Biden administration will not be too different from a Trump administration.

Nobody wants a return to the Obama administration when China’s forward momentum in this region seemed unstoppable in the absence of any counter-force.

5. A Biden administration is widely expected to continue with the fundamentals of the Trump administration’s tough policy towards China, as outlined in the 2017 National Security Strategy document, though there could be softening of the rhetoric and some variations in method and style. However a realistic measure of the direction of China policy will have to await the appointment of officials to key foreign policy and security positions.

While there are advocates of a tough policy among his advisers, there are also idealists from the former Obama administration and some commercial and financial interests motivated by the lure of profits who may seek increased cooperation with China. However, Congress and public opinion will be opposed to any significant softening.

6. In much of Southeast Asia and the broader Indo-Pacific, continuity, consistency and predictability would be valued and sudden lurches of policy unwelcome. The pushback against China under the Trump administration has been quietly welcomed in many countries irrespective of what they say publicly — on the simple logic that it is in the regional interest to have a balance of great power interests. Nobody wants a return to the Obama administration when China’s forward momentum in this region seemed unstoppable in the absence of any counterforce.

7. The Biden foreign policy platform pays greater attention to human rights and democracy than the Trump administration. Since shortcomings in human rights and democratic governance are not uncommon in Southeast Asia, an un-nuanced push for these values without a good understanding of the political dynamics in each country could undermine US strategic objectives in a keenly

Yet, many will not forget that one of Trump’s historic contributions has been his push-back against China.

1. A second Trump administration’s foreign policy will likely be more like that of the first term, possibly a more intensified version of it, as the president will have fewer restraints on him. The continuation of a transactional America First foreign policy, retreat from multilateralism as well as Trump’s erratic behaviour will further undermine US international prestige.

2. It is possible that its China policy will become slightly softer, at least in tone, as the envisaged political dividends from China-bashing will no longer be as large after Trump’s re-election. If so, some ambivalence may return in its China policy as Trump personally seeks to reach out to Chinese leaders while administration officials continue to implement a hardline policy.

Trump’s conceit for historic accomplishments may tempt him to strike deals with protagonists, but officials and Congress will oppose them if they are seen to be against national interests. Overall, given his unpredictability, there will be uncertainty about the kind of strategic environment Trump will leave behind at the end of his second term.

3. Yet, many will not forget that one of Trump’s historic contributions has been his pushback against China.

This article was first published as ISEAS Commentary 2020/157 "Biden or Trump? Southeast Asia’s Stakes in the US Election" by Daljit Singh.