In the aftermath of the 2008 Global Financial Crisis, China trotted out a mega stimulus package that some analysts say did more harm than good. Months into the coronavirus pandemic and China’s support measures have still been measured. How much further will it go in the coming weeks to alleviate the economic strain on enterprises and individuals? 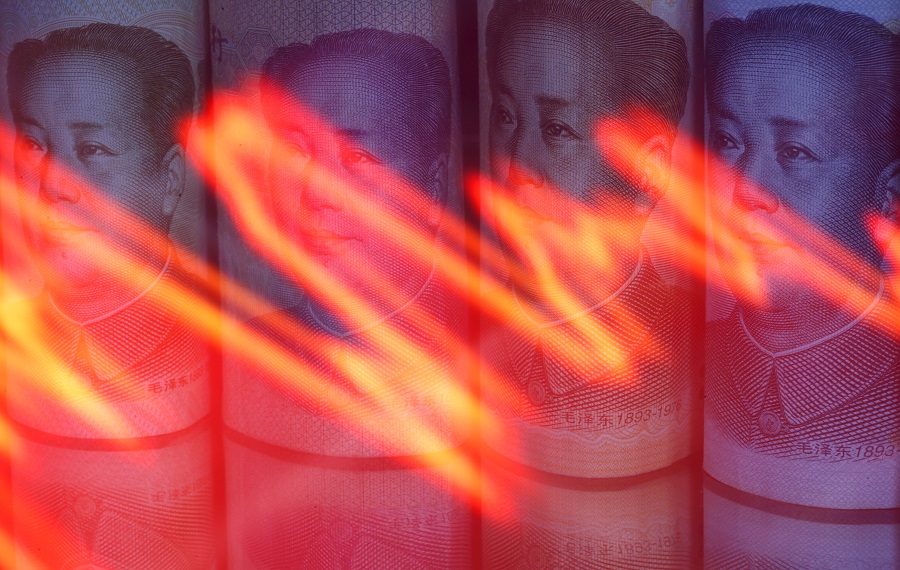 Chinese RMB banknotes are seen behind an illuminated stock graph in this illustration taken on 10 February 2020. (Dado Ruvic/Illustration/File Photo/Reuters) 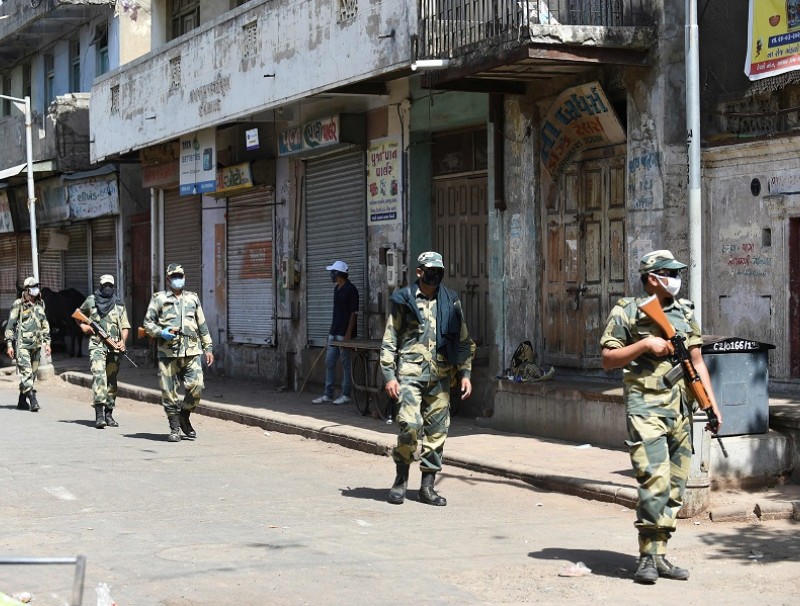 Grace Chong - 3 June 2020
Zaobao's Beijing correspondent Yang Danxu often marvels at the spending power of Chinese white-collar workers around her, and she too was surprised when Chinese Premier Li Keqiang remarked that China has 600 million people with a monthly income of 1,000 RMB. That is more than 40% of the Chinese population, and the figures portray a reality that is starkly different from common perception. Are Chinese people moving up the income ladder and are their lives becoming better as is the common refrain? Yang examines the facts.
Read more
Translated by Grace Chong on 24 April 2020

US interest rates have hit historic lows in the last two weeks, Japan hands out ¥100,000 (S$1323) to every citizen, while Germany implements an unprecedented  €800 billion (S$1.2 trillion) stimulus package. In the face of a recession brought about by the Covid-19 pandemic, various countries have given it their all to protect their economies — except China, the country where the virus was first discovered.

Experts and academics interviewed believe that for China to hold off giving a stimulus package up until now, demonstrates the resilience of the world’s second-largest economic system.

As the first country to be hit by the pandemic, China has implemented various relief packages since early February, including increasing the scale of special bonds for local governments, giving tax and financial support to enterprises, handing citizens digital vouchers, and so on. Following the global spread of the outbreak, however, these minor remedies can no longer mend the large gap caused by a great plunge in global trade. A month ago, policymakers in China proposed an increment of its fiscal deficit ratio, and an issue of special treasury bonds, greatly exciting the world with its upcoming macro policy package. However, as of now, these policies have not come to pass.

Experts and academics interviewed believe that for China to hold off giving a stimulus package up until now, demonstrates the resilience of the world’s second-largest economic system. It shows that the country has room to manoeuvre and that the central government remains very cautious about the extent of the package and its policy direction, and strives for precision and accuracy. Additionally, it is possible that measures such as the increment of its fiscal deficit ratio and special treasury bonds have to be first approved by the legislation. Thus, it is expected that the details of the package would be revealed next week at the earliest when the Standing Committee of the National People's Congress meets.

Tommy Xie, head of Greater China Research at OCBC Bank, told Lianhe Zaobao that the policies implemented thus far are mainly targeted at the supply side that was affected by the earlier halting of work and production. China’s massive economic volume has, on the other hand, provided some cushion for the demand side.

He also observed that since the outbreak started, the central banks of various countries have used the softer approach of window guidance to offer advice and guidelines to commercial banks on loan-specific issues, and the US Federal Reserve even issued loans to enterprises directly. “Such centralised planning is actually China’s strong suit. Such measures would be operationalised effortlessly in China as compared to other countries,” Xie said.

“Cash handouts issued through the local governments may get intercepted as well. I believe the central government is still deciding on how much to give, and how to give." - Professor Chen Bo, Huazhong University of Science and Technology

Apart from adopting milder monetary policies, China has yet to announce cash handouts to citizens like the majority of advanced economies, making its fiscal expenditure far less than other countries.

Professor Chen Bo of the Huazhong University of Science and Technology told us that the personal savings rate of Chinese citizens are higher than European and American countries and they are thus able to cope better. However, the livelihoods of a large number of Chinese families are still badly hit by the effects of the pandemic and it is only a matter of time before the government offers cash handouts to its citizens.

“Unlike the US, China is unable to directly hand money to its citizens based on their social security numbers. Cash handouts issued through the local governments may get intercepted as well. I believe the central government is still deciding on how much to give, and how to give,” Prof Chen said.

However, time is running out for Chinese policymakers as the economic fallout of the pandemic worsens. Xie predicts that following the cancellation of orders from various countries, export enterprises will face its toughest period yet next month. If enterprises fail to survive, society will risk going through a period of great uncertainty with huge waves of large-scale shutdowns and unemployment.

In the meeting of the Central Politburo of the Communist Party of China on 17 April, the protection of the health and safety of its people was first mentioned with six key areas of protection, including jobs, livelihoods, and so on. This demonstrates that the higher-ups are already aware of the urgent need to implement macro stimulus policies.

The Standing Committee of the National People's Congress will be meeting for a period of four days starting 26 April. The committee is expected to confirm the exact date that the “lianghui” (两会, annual meetings of the National People's Congress, and the Chinese People's Political Consultative Conference) — having been postponed for quite some time — would be held. Prof Chen believes that important issues such as the increment of its fiscal deficit ratio and special treasury bonds would also be discussed then.

"Benchmarking against the US and taking 10% of the GDP as a reference, the scale of this current stimulus package should be around eight trillion RMB, with at least six trillion of it coming from the central government." - Professor Chen Bo

He said, “As the stimulus package affects the government budget, it is possible that it would have to go through a legislative process before it can be implemented. Hence, the meeting of the Standing Committee of the National People's Congress next week would be an opportunity to announce the stimulus package.”

Can the stimulus package not go overboard?

The highly anticipated stimulus package would undoubtedly be one in the trillion RMB (one trillion RMB is approximately S$200 billion) category. There are public concerns that the situation might mirror the events of the 2008 Global Financial Crisis when China rolled out a “four trillion RMB package”. The 2008 package precipitated overcapacity and the risks that come with leveraged finance (borrowed capital).

Prof Chen pointed out that during the 2008 financial crisis, the economic impact was concentrated on the demand side only. Hence, a four trillion RMB package from the central government and a leveraged finance package worth ten trillion RMB available through the local governments, was a true case of providing too large a stimulus package. Presently, however, both supply and demand are impacted, challenges faced are way more severe and complex than they were then, and leverage capacity of the local governments has also declined. Even if the central government allocates more funds, it is unlikely that the “four trillion RMB” effect would occur.

He said, “With prior experience, the government will try its best to avoid going to the extremes and strive to stimulate its economy with precision. Benchmarking against the US and taking 10% of the GDP as a reference, the scale of this current stimulus package should be around eight trillion RMB, with at least six trillion of it coming from the central government.”

...the central government will no longer loosen up its property market regulations and rely on real estate to revive its economy. - Tommy Xie, OCBC Bank

According to an article by Zhang Ming, director of the Department of International Investment of the Chinese Academy of Social Science’s Institute of World Economics and Politics, the scale of the current stimulus package could reach five trillion RMB, including 1.5 trillion RMB of special treasury bonds. Special bonds for local governments could be between 3.5 and four trillion RMB, mainly channelled towards supporting 5G technology and other new infrastructure investments.

Xie thinks that the asymmetric interest rate cut implemented last week by China’s central bank clearly indicates that the central government will no longer loosen up its property market regulations and rely on real estate to revive its economy. He explained, “During the meeting of the Central Politburo of the Communist Party of China last week, the emphasis was placed on not hyping up the property market again, highlighting that the central government has always been wary about the side effects caused by loosening property market controls then. China at present has not reached the stage of needing to protect its economy at all costs like the Western countries and can save some ammunition until it is more needed.”

However, he added that since subsequent impacts of the pandemic on the global economy is unpredictable, it is possible that China would further stimulate its economy in the future. “Under the background of a globalising economy, no country can dissociate itself from the rest of the world.”

Related: China's 2020 National People’s Congress and challenges ahead | The Great Lockdown: How to ensure a speedy recovery? | From supply chain to BRI, a super-connected China impacts the world 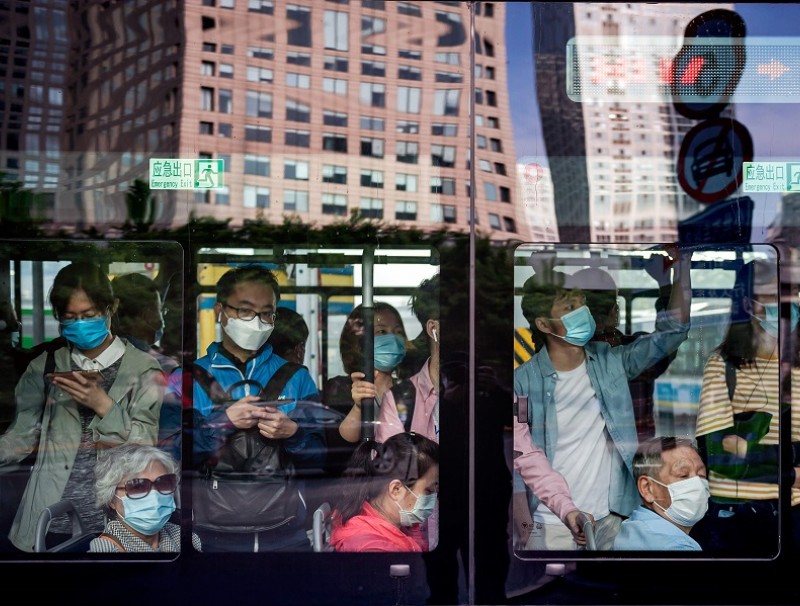 Economy
China's turn towards domestic market amid global uncertainties — good for the world?

Economy
As China's digital currency moves ahead, can Facebook's Libra match up?