A congratulatory letter by Peng Liyuan, spouse of Chinese President Xi Jinping, on the inauguration of the new Tianjin Juilliard School may have been viewed as a warm gesture if it was allowed to stay as such. Instead, Tianjin officials organised a two-day seminar and forum urging participants to “learn from the Peng Liyuan spirit”, which ended up drawing flak. A case of less is more? 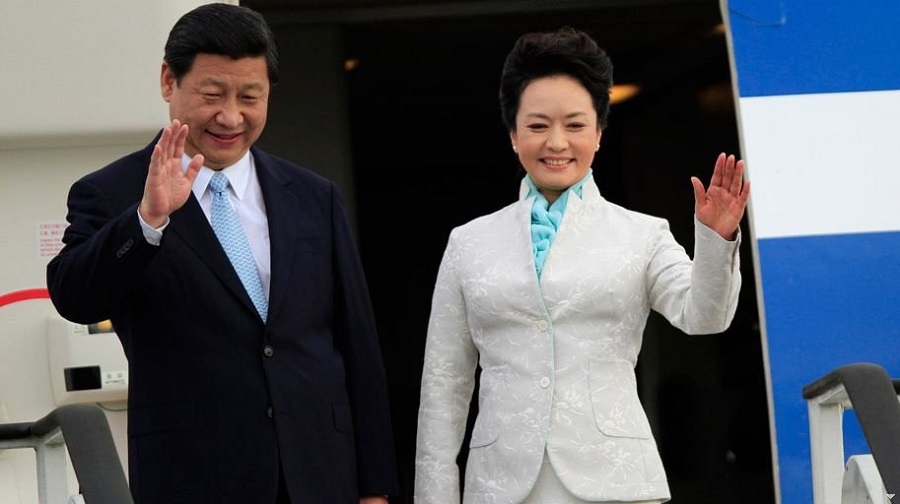 Grace Chong - 5 December 2022
Through the eyes of her cat Pudding, Beijinger Lorna Wei gives a snapshot of her daily life when her residential building went under lockdown last week.
Read more
Translated by Grace Chong on 17 November 2021

The Tianjin authorities then convened a two-day seminar and forum on "learning from the spirit of Professor Peng’s congratulatory letter". It claimed that the letter exemplified people-to-people exchanges between China and the US under new development trends, and showed that China was ramping up efforts in its “first lady diplomacy”.

However, scholars we interviewed pointed out that to outsiders, Tianjin’s high-profile two-day seminar and forum seemed like an attempt to create hype which could result in “low-level mistakes and high-level embarrassments” (低级红, 高级黑).

At present, the post about the two-day event released by the Tianjin authorities on its official WeChat account can no longer be shared or forwarded. On a certain level, this shows the level of dissatisfaction amongst the central government and netizens.

It said that participants had studied the “spirit of Peng’s congratulatory letter” closely to learn ways of innovating and properly handling Tianjin’s relations with the US. This is believed to be the first time that the expression “learning from the Peng Liyuan spirit” has appeared in a local government’s lexicon.

According to a Xinhua News Agency report, Peng’s congratulatory letter mentioned that “strengthening education cooperation between China and the United States is conducive to nurturing more talents, deepening cultural exchanges, and promoting art and friendship”. She urged both countries to conduct extensive cultural and people-to-people exchanges, and to promote mutual understanding between the peoples of the two countries, so as to give impetus to links of friendship between the Chinese and American people.

The official WeChat account of the Foreign Affairs Office of Tianjin Municipal People’s Government “Tian Xia Zhi Jin” (天下之津) had put up a post on 13 November about the people-to-people exchange seminar and forum organised on 11 and 12 November respectively. It said that participants had studied the “spirit of Peng’s congratulatory letter” closely to learn ways of innovating and properly handling Tianjin’s relations with the US. This is believed to be the first time that the expression “learning from the Peng Liyuan spirit” has appeared in a local government’s lexicon.

Tianjin Foreign Affairs Office director Luan Jianzhang emphasised that in the face of new situations, new tasks and new requirements, there was a need to integrate the learning of the “spirit of Peng’s congratulatory letter” and “Xi’s Thinking on Diplomacy” with the spirit of the sixth plenary session of the 19th Central Committee of the Communist Party of China to complement the country’s overall framework of diplomacy and the high-quality development plans of Tianjin.

The post quoted participants saying that learning the spirit of writing congratulatory letters and starting in-depth exchanges with the US on a local level would help to build up mutual understanding and trust, and get China-US relations back on track towards stable growth.

Peng, who has kept a low profile for a period of time, has returned to the public eye in the past couple of months, including appearing with Xi Jinping in Xi’an at the All-China Games in September, as well as addressing the online award ceremony of the 2021 UNESCO Prize for Girls’ and Women’s Education via videolink from Beijing in mid-October.

“Taking a couple of days to learn the Peng Liyuan spirit was really a little uncalled for… it does smack a bit of going from low-level mistakes to high-level embarrassments (低级红，高级黑).” - Beijing observer

Tang Renwu, who heads the School of Public Administration at Beijing Normal University, told Zaobao that to the Chinese, Peng carries a lot of weight. Amid the current conflict in China-US relations, her letter works as “first lady diplomacy”, showing to some extent her personal charm and China’s openness.

Prof Tang pointed out that Peng accompanied Xi to the US in September 2015 and visited Juilliard in New York, and has also witnessed the establishment of TJS. “To start this cooperation after her visit and for her to send the letter is significant and valuable,” he said.

On the other hand, the sharing function of the WeChat article by the Tianjin Foreign Affairs Office has been disabled, and a pop-up message says that the article has violated platform regulations.

A Beijing observer who declined to be named criticised the Tianjin authorities: “Taking a couple of days to learn the Peng Liyuan spirit was really a little uncalled for… it does smack a bit of going from low-level mistakes to high-level embarrassments (低级红，高级黑).”

This person added that it is possible that this move by the Tianjin authorities was intended to test the waters and create buzz, but it might backfire. “Tianjin sometimes gets it wrong, and people are put off instead… not being down to earth and trying to stand out by doing such things might end up having the opposite effect.”

Related: Chinese pundits question Trump's diagnosis: Is it the biggest show on earth? | From ‘wolf warrior diplomacy’ to ‘lovable China’ | Informal diplomacy: The way to solidarity in a global crisis