The Soviet Union and China have both previously tried and failed to overtake the US in various aspects. However, China's rise in the past few decades and the new Cold War has given China renewed impetus to duel the US for supremacy. Have they got enough firepower now with a government-led economic model that has a fair component of a market economy? Economics professor Zhu Ying looks at who might win. 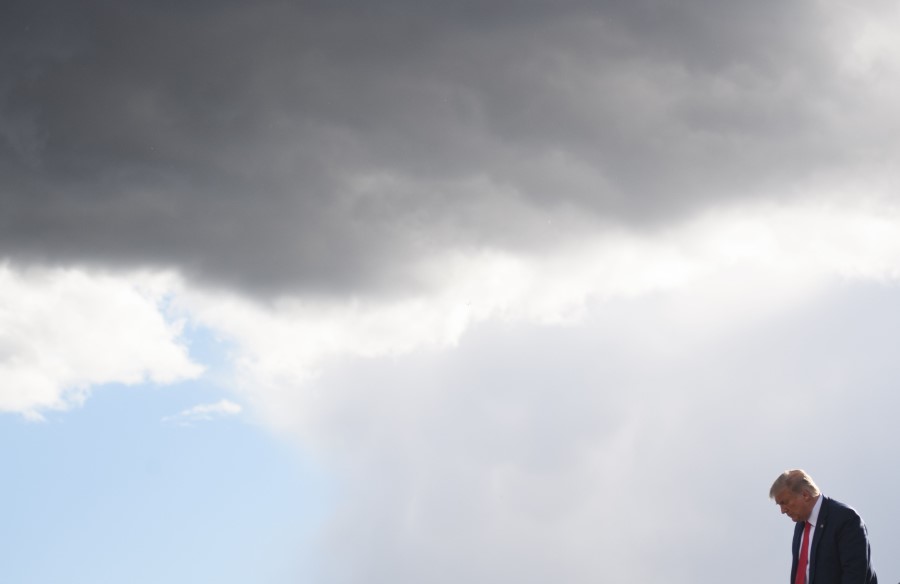 Candice Chan - 2 March 2021
The Hong Kong national security law was implemented in June last year, not least to quell the wave of protests that had taken hold of the city. And indeed, it is clear that the new law has worked to restore order. But Zaobao journalist Tai Hing Shing notes that the peaceful situation may not extend below the surface and more needs to be done to tackle deep-seated issues.
Read more
Translated by Candice Chan on 1 October 2020

Marxist-guided socialist countries all harbour the dream of overtaking the US. Socialism was born as an antithesis to capitalism, and to prove the unassailable superiority of their system, socialist countries naturally have a target of overtaking their nemesis, capitalism. When capitalism does better than socialism in economics, technology, and standard of living, it brings insecurity to socialism and threatens its legitimacy.

After World War II, the US was the world’s number one capitalist country, and naturally became the target for socialist countries; overtake the US, and the legitimacy of socialism would be affirmed. The Soviet Union dreamt of overtaking the US, as did Mao Zedong. China’s rise fired the people’s imagination for a national renaissance, which embodies the dream to overtake the US. Fulfilling the dream of national renaissance naturally means that one would be able to overtake the US.

First, in its attempt to overtake the US, the Soviet Union ended up dissolving. The Soviet Union had a “Soviet first” strategy, and came up with detailed tactics that permeated Soviet politics, economy, society, and diplomacy. The Soviets were “first” in everything: its social system and growth direction; economic growth; science and technology; innovation; lack of unemployment, crises, and poverty; culture and ideology.

... the Soviet Union only had two choices: to overtake developed countries, or meet its end.

For Soviet leaders, “Soviet first” began with a fundamental belief that the social system built up after the October Revolution of 1917 was the most sophisticated in the world, and that the capitalist system could never match its superiority; that it was an evergreen political system that would be passed down from generation to generation. In September 1917, Lenin said: “The revolution has resulted in Russia catching up with the advanced countries in a few months, as far as her political system is concerned. But that is not enough. The war is inexorable; it puts the alternative with ruthless severity: either perish or overtake and outstrip the advanced countries economically as well.” That is, the Soviet Union only had two choices: to overtake developed countries, or meet its end.

In November 1928, Stalin started to make the five-year economic plan the approach to overtake the US. In May 1957, Nikita Khrushchev issued a call to overtake the US in all economic indicators, and to make the Soviet Union the shining light of communism by the 1980s. Leonid Brezhnev later identified two aspects of “Soviet first”: an unending and escalating arms and military race, and an open competition with the US in dominance over other countries and peoples. In the end, the “Soviet first” dream became a part of history, along with the Soviet Union.

In March 1955, Mao raised for the first time China’s strategic aim of overtaking the US.

Mao did not specify how many years exactly “a few decades” would be, which meant that his target was certain, but the timeline was uncertain. He did not know how large the gap was between China and the US, or what it meant to overtake the US, or in what aspects, or how to do it. Where would the motivation come from? Would a government initiative get the whole nation moving?

By the end of the Cultural Revolution, the Chinese economy was on the brink of collapse. Neither the Soviet Union nor China became the world's number one.

Then on 21 January 1956, Mao raised for the first time the "China first" strategy. He said China was big with a large population and a good geographical location including a long coastline, and should be able to become the number one country in culture, science, technology, and industry. With its socialist system coupled with hard work, this was possible, otherwise what would be the use of having 600 million brave and hardworking people? If China was not the number one country in the world after a few decades, that would be a travesty.

But Mao's socialism was basically Stalin's model reproduced. Under the "communal meal" system (大锅饭), the workers and farmers lacked motivation to produce, much less overtake the US. By the end of the Cultural Revolution, the Chinese economy was on the brink of collapse. Neither the Soviet Union nor China became the world's number one.

In 2017, following decades of tracking, a professor from Tsinghua University concluded that China has already “overtaken” the US

However, the rise of China reignited its dream of overtaking the US. China saw enormous achievements over 40 years of reform and opening up, and became the world's second largest economy. With China's rise, there have been calls within China to overtake the US. In 2017, following decades of tracking, a professor from Tsinghua University concluded that China has already “overtaken” the US to become the world number one in terms of its economy, technology, and overall strength. And in China, such a conclusion is much more appealing than saying China will never overtake the US.

Now, the Cold War between China and the US has started a strategic tussle between the two; all this will determine whether China can overtake the US. It is now a showdown between the systems of these two countries, which will show their superiority or otherwise, and who is strong enough to overcome the other.

The new Cold War has also sparked China’s ambition to chase down the US. On 16 September, president of the Chinese Academy of Sciences (CAS) Bai Chunli told the media that they would turn “bottlenecks” (卡脖子) into scientific research missions. The term “bottleneck” came from Chinese President Xi Jinping, who said that many of China’s technical bottlenecks came about because basic theoretical research is lagging behind, and fundamentals are lacking.

China’s leaders believe that an improved China-style economic model gives it the advantages of a market economy and of the government — especially the latter.

Previously, the planned economies of the Soviet Union and China did not allow them to fulfil their dream of overtaking the US. Now, China’s government-led economic model has a fair component of a market economy. China’s leaders believe that an improved China-style economic model gives it the advantages of a market economy and of the government — especially the latter.

History has proven that a market economy is better than a planned economy, and the future will have to prove that China has a better economic model and government than America. The China-US Cold War provides a prime opportunity to prove the superiority of each system, and history will provide a final assessment. And after this Cold War ends, we will see if China is able to overtake the US, which will prove the superiority of its system.

Related: From a Marxist perspective, the China-US Cold War is inevitable | Escaping the new Cold War: Fostering understanding between China and the West | A divided America is losing its footing in the Cold War with China

Hong Kong’s electoral reform is set to be a hot topic at this year’s Two Sessions, the...

Hong Kong’s electoral reform is set to be a hot topic at this year’s Two Sessions, the annual meetings of the National...