Recent incidents in France’s academic and cultural arenas are making the French take notice of what they perceive as China’s attempts to exert its influence, and there are growing calls for institutions and individuals to maintain independence. France-based journalist Justin Zhang explores the issue. 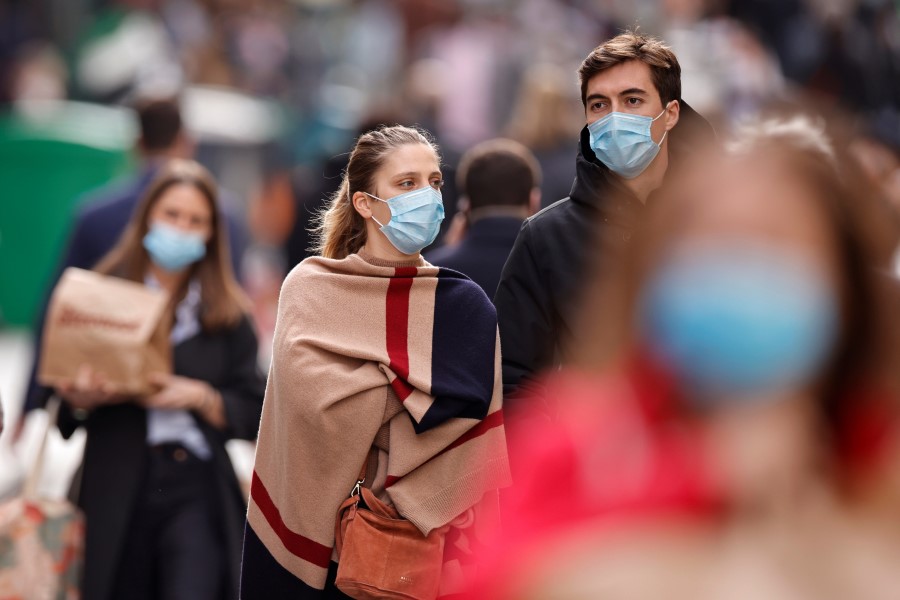 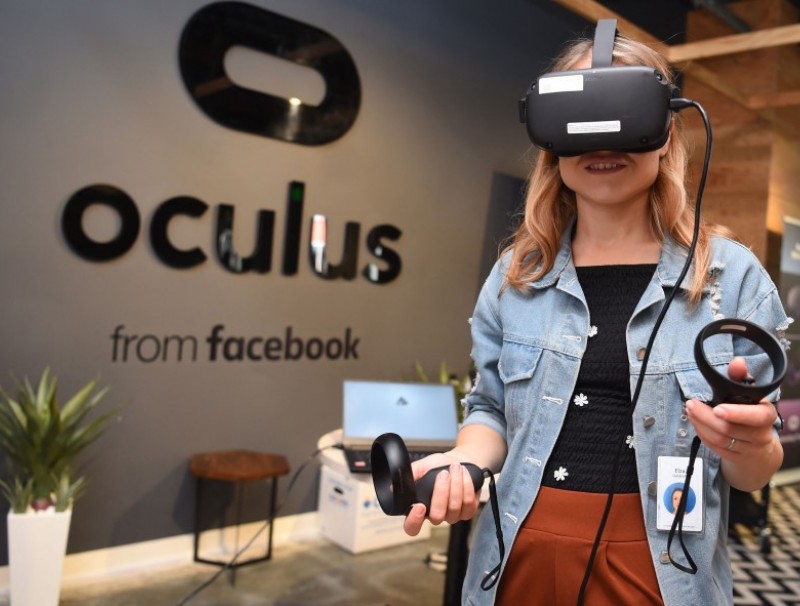 Candice Chan - 20 September 2021
Even as the Chinese government tries to ease property prices, some local governments are worried that prices might fall too much, triggering social effects. As a stop-gap measure, they are rolling out regulations to “limit the drop”, frustrating those who are waiting to buy a house. Zaobao correspondent Yang Danxu looks at how the authorities plan to manage a property bubble that mustn’t burst.
Read more
Translated by Candice Chan on 11 March 2021

A series of events has made French academics uneasy about Beijing’s influence.

The latest incident happened in late February, when Jérémy André Florès, Le Point’s correspondent in Asia, wrote an article titled “How China Pushes Its Pawns Into Universities” (Comment la Chine pousse ses pions à l’université). He also tweeted in French: “At a conference in Xinjiang in 2019, Christian Mestre, honorary dean of the faculty of law at Strasbourg University, defended the mass internment of Uighurs…”

Just a few hours later, Mestre, a decorated French professor, stepped down as ethics officer of the Eurometropolis of Strasbourg, a post he had held for just four months. In his letter to Pia Imbs, the president of the Eurometropolis, he reiterated his firm belief in human rights, saying he never made the remarks that were attributed to him and that he never agreed with China’s policies.

However, Mestre was indeed invited to take part in an international conference on counter-terrorism, de-radicalisation and human rights protection organised by China and held in Urumqi in September 2019, where he said, “I hope France and other European countries can accept the answers given by Xinjiang.”

According to Chinese media, Mestre visited what China calls “vocational education and training centres” in Kashgar, and said the Uighurs “are not in prison, but sent for compulsory training”.

While these quotes in the media have been denied by this eminent professor, he admitted that in an interview with Chinese media during that conference, he might have asked: “Is it better to put the radicalised in jail, as in France, or to put them in institutions of education and deradicalisation, as in China?”

However, Mestre also accused the Chinese journalists of fabricating some comments he never made. Florès shot back in his article: “In that case, over 18 months, why did he not refute those false claims?” Mestre responded: “I don’t see why I should apologise. I was just there as an academic!” However, in the end, he said: “I realise I was made use of.”

As for the question raised by Florès about how China pushes its pawns into (French) universities, the French already have an answer — the pull of economic benefits and not being treated as expected in their own country are seen as the biggest reasons for the infiltration.

The incident rapidly gained traction in France, and given Mestre’s prominence, the vice-president of the Eurometropolis of Strasbourg and first deputy mayor of Strasbourg also called for an explanation.

Chinese think tank Charhar Institute also has Mestre’s name on its list. The Charhar website says this: “He has been President of the National Europe Centre since 2010, and he has been Honorary Headmaster and Dean of School of Law of University of Strasburg from 2011.” Included in his impressive resume are honours from the French government: the L'ordre national du Mérite au grade de Chevalier in 2002, and the Légion d’honneur in 2013, the top two orders of merit awarded by the French government.

The larger question of Chinese influence in French universities

As for the question raised by Florès about how China pushes its pawns into (French) universities, the French already have an answer — the pull of economic benefits and not being treated as expected in their own country are seen as the biggest reasons for the infiltration.

In an interview with France 3 Alsace, Antoine Bondaz of the Foundation for Strategic Research (Fondation pour la recherche stratégique, FRS) said: “For years, Beijing has been trying to influence intellectuals in civil society all over the world. Christian Mestre is one example in France, but there are others.”

But even as French academia is sounding the alarm, Bondaz added: “Of course, this is not about no longer cooperating with China, or distrusting Chinese students…but we have to be more attentive, and evaluate the risks of French-Chinese cooperation in universities and research institutions.”

China has tried to interfere with the teaching materials in French academic institutions, and blocked invitations to people that China sees as its adversary...

The Chinese Consulate-General in Strasbourg quickly released a statement in French, questioning Florès’s intentions: “This act aims to provoke relations between China and France, with the support of anti-China forces, through a supposed investigation report… It aims to intimidate, and put a stop to normal cultural exchange between China and France.”

This “normal cultural exchange between China and France” as defined by Beijing is precisely what French academia, which prides itself on a free and independent academic spirit, sees as so wrong. On how China has tried to interfere with the teaching materials in French academic institutions, and blocked invitations to people that China sees as its adversary — which has happened in exchanges between institutions of both countries — Florès asked: “What would China say if France made it a condition for a dean of Tsinghua University to participate in a conference of democratic politics, for an exchange between universities?”

In recent years, some French academics studying China affairs have observed that Beijing has been using its strong economic power to influence French academic, cultural as well as many other fields, and trying to use benefits to attract some practitioners to serve its political ideology. In partnership with China’s Sun Yat-sen University, the University of Lyon ran a Confucius Institute (Lyon Confucius Institute, LCI) in partnership with Lumière University Lyon 2 and Jean Moulin University Lyon 3, but this was closed after four years, and it was seen as a classic example of China’s insidious hand.

A Chinese academic essay on Confucius Institutes in France attributed the closure of the LCI to lack of enrolment. However, Gregory B. Lee, the academic from the University of Lyon in charge of the LCI, confirmed with this writer that this is “fake news”, and that the LCI was closed because its independence was threatened. He countered that Beijing’s Office of Chinese Language Council International (or Confucius Institute Headquarters, Hanban) engaged in harsh attempts to interfere with academic content, and asked France to integrate the LCI into Jean Moulin University Lyon 3, and to be allowed to participate in the teaching and research of Chinese faculty degree courses at the university.

Another aborted project between China and France that was revealed in October 2020 added to France’s worries about China’s interference in the independence of France’s cultural institutions, and its intentions to impose its will on them. Bertrand Guillet, director of the Château des ducs de Bretagne history museum in Nantes, said he refused to submit to pressure from the Chinese government, and ended the cooperation with the Inner Mongolia Museum in Hohhot, China, to hold an exhibition on Genghis Khan and the Mongol empire.

And China proposed new text, “including some biased rewritten content, with the intent of completely washing out Mongolia’s history and culture, to support a new national narrative.”

Guillet felt China cited reasons that were hard to accept whether morally or intellectually, noting, “We can no longer talk about the Mongols, they have been eliminated. The exhibition on Genghis Khan and his sons became one on ‘The World’s China Grassland Culture From the 21st century to Where We Are Now’.”

According to Guillet, the Chinese authorities first asked the French partners to omit certain terms in the exhibition, such as “Genghis Khan” and “Mongolia”; then asked to “inspect” all content: text, maps, table of contents, and notes. And China proposed new text, “including some biased rewritten content, with the intent of completely washing out Mongolia’s history and culture, to support a new national narrative.”

These repeated incidents have had a wide influence and caused repercussions in France, and an increasing number of people are getting wary of cooperation with China. More and more people feel that given its strong national machinery, China does not have academics who maintain independence; they are subjected to forced political ties, and are completely subservient to the ideology of the Chinese Communist Party. In particular, in exchanges with the West, Chinese academics usually have to defend and whitewash the actions of their government.

Even as the ripples of the Strasbourg incident have yet to fully subside, public opinion is starting to hold that academics have to at least declare their sideline work to their organisations. Some academics are urging the French government to take real action against the infiltration of Chinese influence, but one more thing is also making them anxious: They are not putting their hopes in the apparently pragmatic Macron administration.

Related: Inner Mongolia's new language policy: Will it endanger Mongolian culture and language? | Wary of Sino-Russian influence, Mongolia seeks better ties with the US | Growing China's soft power: Free debate and creative thinking are key | Confucius Institutes accepted in SEA and embraced by Cambodia, unlike in the West | The China story is not just about politics, Confucius and mooncakes 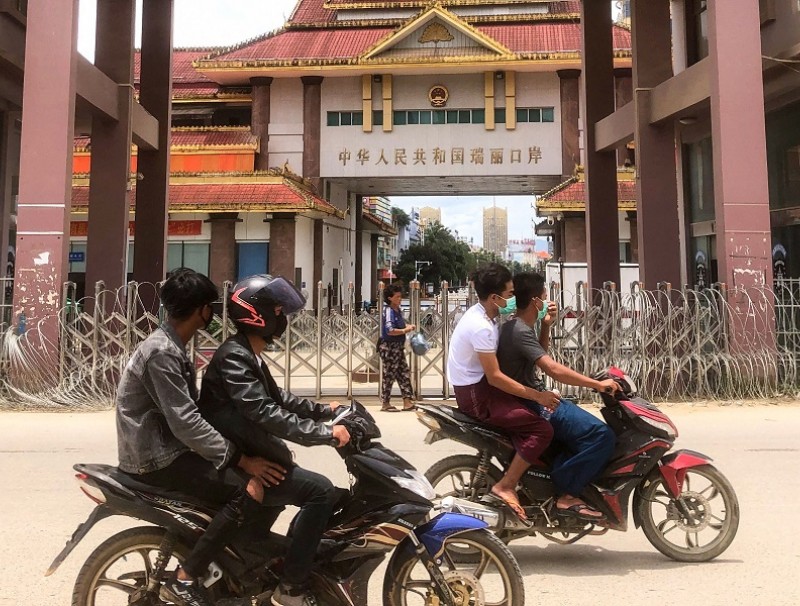 Society
Will the Chinese government's crackdown on cross-border crime in Myanmar work?