Confucius Institutes accepted in SEA and embraced by Cambodia, unlike in the West

China’s Confucius Institutes have been vilified in the West, but they have gained much traction in Cambodia. This is not surprising, given that Cambodia is one of China's closest allies in Southeast Asia. ISEAS visiting fellow Vannarith Chheang explains why. 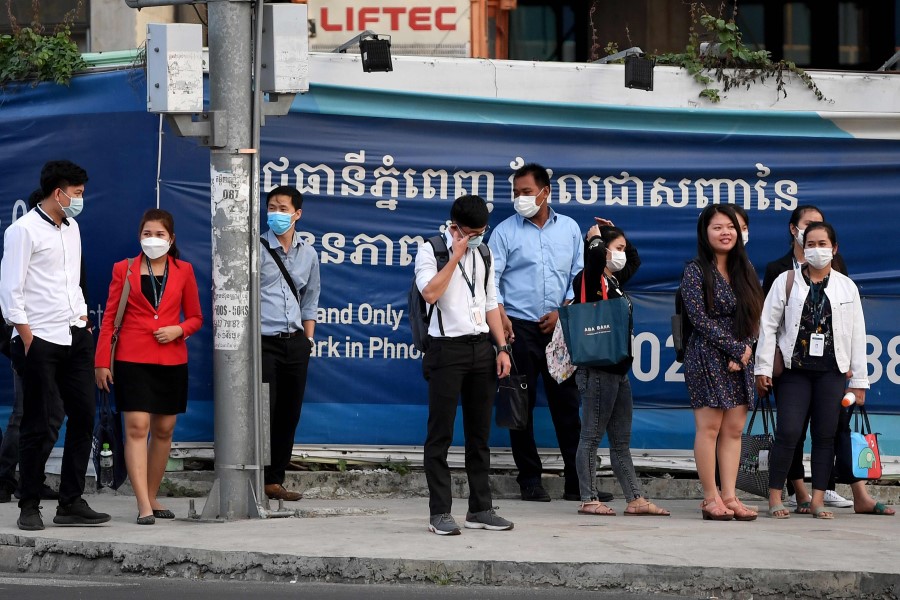 People wait at a traffic light on a street in Phnom Penh on 11 January 2021. (Tang Chhin Sothy/AFP)

Candice Chan - 17 January 2022
China-Russia rivalry in the Central Asian region is intensifying, with the US's departure from Afghanistan and the two countries seeking to fill the power vacuum by working within their Central Asian spheres of dominance. Can the two powers work together to foster greater regional stability or will they let their competitiveness get the better of them?
Read more
Translated by Candice Chan on 7 March 2021

Since the turn of the century, the promotion of Chinese language learning has flourished worldwide. China has ploughed much capital into establishing educational institutions and infrastructure to promote such language learning. Amid a multi-country backlash against China’s Confucius Institutes (CIs), however, one country has embraced them — Cambodia.

In Cambodia, Chinese language learning has made significant headway, driven chiefly by the influx of Chinese tourists and investments. The country, considered to be one of China’s closest Southeast Asian allies, now boasts of two CIs, 23 branches across the country and about 12,000 students. Cambodia’s embrace of such institutes, which have drawn ire and controversy in the West, is worthy of note.

Started in 2004, CIs — which are part of the Chinese government’s global education programme — have been largely well-received as they play a pivotal role in promoting Chinese language training, cultural exchanges, and people-to-people ties. More than 500 CIs have been established worldwide to teach the Chinese language, promote Chinese culture, and increase collaboration with foreign academic institutions. The institutes are affiliated with China’s Ministry of Education.

While CIs have lost momentum in the West over concerns about foreign influence, censorship and academic freedom, they have enjoyed more traction in Southeast Asia.

Due to the heightening geopolitical rivalry between China and the US, however, CIs have become one of the US’s targeted measures against China in recent years. In August 2020, Washington designated CIs as Chinese foreign missions and part of the propaganda apparatus of the Communist Party of China. Several universities in the US have closed their CIs amid concerns over domestic political pressure, alleged censorship, and the Chinese government’s influence on education in America. Other CIs have been shut down in Belgium, Denmark and France. Sweden — the first European country to open such an institute — closed down its last institute in January last year.

But China has not taken this sitting down. In July 2020, the Hanban (Office of Chinese Language Council International) changed its name to the Ministry of Education Centre for Language Education and Cooperation to reduce the political sensitivity surrounding CIs, particularly in the US, Europe, Australia and Canada.

While CIs have lost momentum in the West over concerns about foreign influence, censorship and academic freedom, they have enjoyed more traction in Southeast Asia. The region replaced the EU as China’s top trading partner in the first half of 2020. Southeast Asians see the Chinese language as a trade facilitator, and the region also boasts of a huge number of ethnic Chinese. According to Neo Peng Fu, director of Singapore’s only CI, there are 40 CIs in Southeast Asia — 16 in Thailand, eight in Indonesia, five each in Malaysia and the Philippines and two each in Cambodia and Laos. Singapore and Vietnam have one institute each.

Much enthusiasm for Confucius Institutes in Cambodia

Compared to many Western nations, which are concerned about CIs’ practice of foreign influence, censorship and academic freedom, Cambodia is more sanguine about China and the CIs. The reason is straightforward: China has ploughed much capital and investment into the kingdom, so much so that in some quarters, Cambodia is viewed as a vassal state of China. China is currently Cambodia’s top trading partner and investor. China’s economic and cultural presence in Cambodia has intensified since 2010 when a bilateral comprehensive strategic partnership was signed.

Cambodia’s first CI, which was established in 2009 under a partnership between the Royal Academy of Cambodia, Jiujiang University and the Confucius Institute Headquarters (Hanban), is generally perceived as a cultural bridge connecting the two peoples. Remarkably, the institute’s inauguration ceremony was presided over by the then Chinese Vice-President Xi Jinping and the late Cambodian Deputy Prime Minister Sok An. At the event, Mr Xi said the institute’s founding was “a milestone in the history of the Chinese-Cambodian human exchange”, and it would “build a new bridge further to improve understanding and friendship between Chinese and Cambodian peoples”.

In 2019, another CI was established at the University of Battambang in cooperation with Guilin University. As of December 2020, the institute has sent 260 Cambodian students to pursue their higher education at various universities in China under Chinese government scholarships. This excludes the annual government scholarships provided by China to around 200 Cambodian students.