Over the past couple of years, there has been an influx of migrants from Hong Kong to the UK. Communities have been forming in various cities, such as London and Manchester. And as Hong Kongers find jobs and settle in, the British way of life rubs off on them. But underneath all that, they remain Hong Kongers at heart. 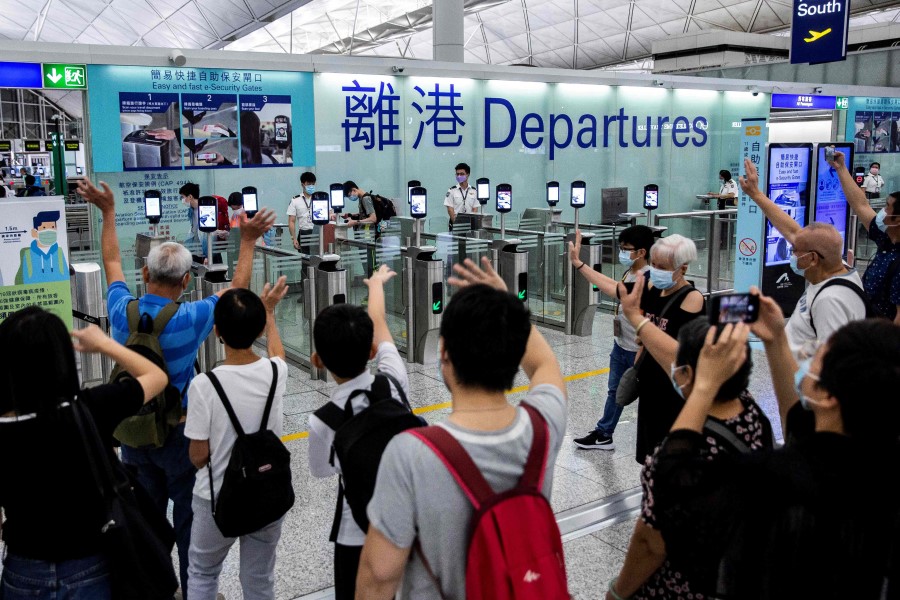 Many Hong Kongers have been migrating to the UK under the British National (Overseas) visa (BNO visa), with London being the top choice, followed by Manchester. Over the past six months, the profile of Hong Kong migrants in these two cities and the UK has emerged.

If you have tertiary qualifications in globalised finance, have work experience in multinational companies in Hong Kong and are aged between 30 and 40, you’d have a better chance of finding a job in London. Of course, the salaries and bonuses cannot be compared to that in Hong Kong.

Since the millennium, American investment banks have offered generous salaries due to the unique advantage of having an influx of hot money backed by mainland China. But the Americans are pragmatic. Their investment banks prefer to hire “second or third generation Reds” — children and grandchildren of the founders of the Chinese Communist Party, empowered politically and economically by their parents and grandparents, with special political connections. Hong Kong elites with their not-so-fluent Mandarin and lack of connections and resources in mainland China stand at a disadvantage.

Given the circumstances, if you can get a job in London’s financial sector, you should consider yourself lucky.

As for doctors, they need an additional licence. And there is a strong market demand for nurses, but nurses from Hong Kong are not friendly or fluent when they speak English, and cannot communicate well with UK patients. The elderly especially, whose temperament can be a little peculiar if they come from the south, need to be spoken to in familiar local English in the hospital so that they will not raise a ruckus. In this aspect, Hong Kongers are not quite up to the mark; after all, over the decades, there has only been one David Tang, born in Hong Kong and educated and knighted in England.

Hong Kongers may take to Manchester

Manchester suits Hong Kongers. It was where the industrial revolution began and hence generations of the population in Manchester have been of the working class. Within the stratified British society, they are not particularly racist, including the high-income vocational unions — refuse collection, butchery, animal farming, and transport. But for generations, all these jobs have been dominated by traditional working families, and breaking into these sectors is as difficult as breaking into the upper classes.

The people in York have a unique local character, like the Teochews in Guangdong; they have more of the tough, hardworking military bearing, without the snobbishness and uneasy friendliness of those from the south, so they tend to get along better with Hong Kongers. And if Hong Kongers do not mind the lower average wages in Manchester as compared to London, Manchester is in fact a good match.

So, migrating to the UK is more suitable for Hong Kongers who can work online or from home, which means they can be physically in the UK but with their minds and spirits remaining in Hong Kong.

As for London, is living there living in the UK? This is an age-old puzzle for even the British themselves.

The current average age in London is 35, which makes it vibrant. However, nearly 40% of Londoners are born outside of the UK. According to a 2018 census, eight out of ten people across England are proud to be English; but in London, that figure is only four out of ten people.

London’s high level of globalisation means that there is a dilution of the UK’s traditional sense of national identity. Like New York, it is a melting pot — the good part is that Hong Kongers do not feel the so-called racism, but the bad part is that there are too many different groups that only take care of themselves. Middle Easterners do not communicate with those of African descent in London, while Japanese and Koreans also keep a distance from the Chinese.

So, migrating to the UK is more suitable for Hong Kongers who can work online or from home, which means they can be physically in the UK but with their minds and spirits remaining in Hong Kong.

Even Ealing and Colindale have seen a growing community of Hong Kongers over the past couple of years — a mahjong group can be gathered within 30 minutes.

There is also no problem if one desires to “seek company and warmth around a fireplace” (围炉取暖), because since London is a huge melting pot, no casseroles are left cold on the stove. Even Ealing and Colindale have seen a growing community of Hong Kongers over the past couple of years — a mahjong group can be gathered within 30 minutes.

But Londoners and the British are used to keeping a distance from other people, and after some time, Hong Kongers who have lived long enough in the UK would unconsciously pick up this habit. Of course, it is hard to differentiate between keeping a distance and having some “autistic” or “depressive” tendencies.

You think the secondary school friend who moved to the UK 20 years before you would be happy to hear from you; but no, you phone him a few times to meet and catch up, but he says no or puts you off for various reasons. He is not being snobbish, nor does he look down on Hong Kongers who have come after him — he has just lived in the UK for too long.

Hong Kong has disappeared, leaving only a bunch of Hong Kongers, each of whom has Victoria Harbour in their heart and Lion Rock in their mind...

So, once Hong Kongers are in the UK, it is easy for the so-called Hong Kong identity to be fragmented and gradually lost. Building a “Hong Kong city” in the UK is easy in terms of acquiring space and property, but difficult culturally and mentally.

You will find that Hong Kong has disappeared, leaving only a bunch of Hong Kongers, each of whom has Victoria Harbour in their heart and Lion Rock in their mind, and shared memories of Hong Kong movies, pop music and culture stowed away between the hills and waters.

Hong Kong is like a shattered mirror; each person has kept a piece. And if fate allows, we will meet again and take out that little piece in our heart, and find that amid the tears, they reflect the same faces and scenery.