Large population no longer an asset to China's long-term growth 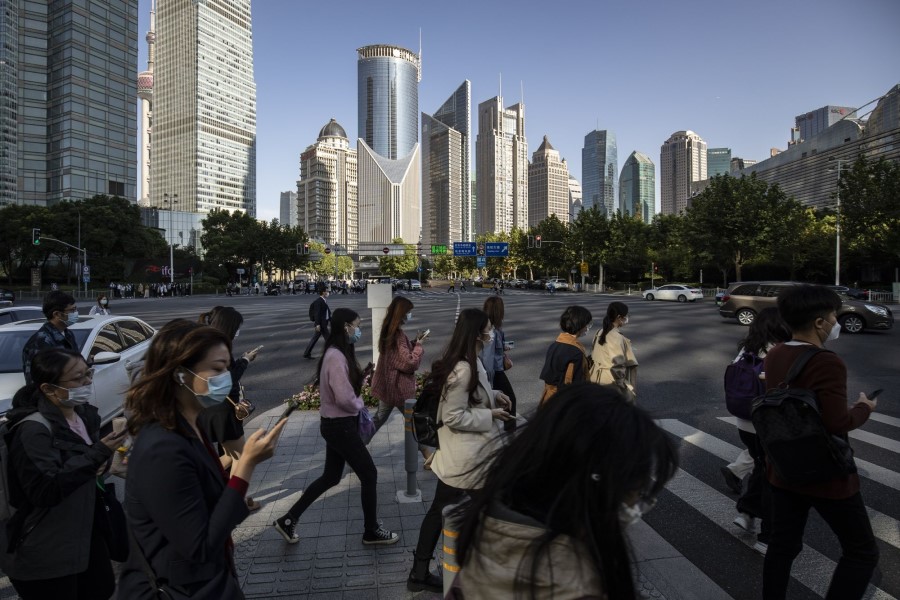 Candice Chan - 30 January 2023
A mall in Shenzhen came under fire for putting up white lanterns with black text as part of its Chinese New Year decorations, while an “ugly” rabbit-shaped light decoration was removed from another mall in Chongqing. Academic Zhang Tiankan muses on tradition and innovation, and the evolution of traditional decorations.
Read more
Translated by Candice Chan on 11 October 2022

The Chinese authorities and its propaganda machine have recently been asserting that the fundamentals for China’s steadily improving economy over the long term remain unchanged, and that the economy has sufficient potential, is resilient and vibrant, and has room to manoeuvre. While people agree on the latter attributes of the economy, opinions differ when it comes to the unchanged fundamentals.

As Samuel P. Huntington wrote in The Clash of Civilizations and the Remaking of World Order: “The economic changes in Asia, particularly East Asia, are one of the most significant developments in the world in the second half of the twentieth century.” Furthermore, economic growth creates “political instability within countries and between countries”, altering the balance of power among countries and regions.

Meanwhile, economic exchange “brings people into contact; it does not bring them into agreement”, and has historically often produced a deeper awareness of the differences between peoples and stimulated mutual fears. Huntington added that trade between countries produces conflict as well as profit.

The conflict between China and the US is no doubt a classic example of what Huntington meant. In this context, the US would naturally see the Chinese economy as a major threat, and trade friction is inevitable.

When a country or region sees demographic dividends, there will almost always be a period of rapid economic growth given the right policies.

Second, the domestic situation has also seen deep and complex changes, the biggest being the population. As Japanese academic Michio Morishima said, people are the foundation of society, and the economy is just a superstructure built upon this foundation. Hence, when we project the future, we first project the people foundation in a specific time period of that future — how would the people foundation change quantitatively and qualitatively? And what kind of superstructure can be built on that foundation, including that of the economy?

When a country or region sees demographic dividends, there will almost always be a period of rapid economic growth given the right policies. This is strongly supported by the experiences of countries all over the world. Japan, for example, saw demographic dividends from 1955 to 1995, coinciding with 40 years of rapid growth, according to economist Hu Angang.

China experienced similar growth. Following the establishment of the Chinese Communist Party (CCP), China’s population saw three baby booms: 1949 to 1957, 1962 to 1971, and 1980 to 1990. Those in the first two waves joined the labour market around 1980, and demographic dividends followed.

The ample volume and low cost of labour provided strong support for China to attract overseas industries. China clearly had a competitive edge given the favourable external environment and stable domestic society and political situation. In this context, China and many developing countries joined the wave of globalisation, and the “China model” seemed outstanding due to these factors.

Amid the lack of a developed domestic consumer market, China is dependent on overseas markets, especially Europe and the US, to resolve its issue of over-production. The export-oriented economy has distributed “Made in China” products to every corner of the world, and China has become the world’s factory, allowing the long-term growth of its economy.

Furthermore, China’s property sector saw a two-decade boom, benefiting from the demands of consumption, investment and speculation of the largest population in China’s history, and policy encouraging the growth of industries with real estate investment, as well as low interest rates and unprecedented freedom in borrowing and lending.

Unfortunately, the positive demographic trend no longer holds, as China’s current situation, similar to its international situation, has gone through deep and complex changes.

Since 1 January 2022, the proportion of the elderly is rapidly increasing as those from the second baby boom transition to old age. Figures in the State Council’s population growth planning report for 2016 to 2030 show that the elderly population will accelerate significantly from 2021 to 2030, reaching about 25% by 2030. The report also said that the population proportion of those aged 0 to 14 years will decline to about 17% by 2030.

This means that for every 100 persons, 55 workers have to support 45 non-workers (elderly and children), or 1.2 workers for every non-worker.

This means that more than 42% of the population will be dependents, for the simple reason that with the advent of the knowledge society, the average age of those who can really join the labour market should be pushed to 18 or 19 years old, or even older.

This means that for every 100 persons, 55 workers have to support 45 non-workers (elderly and children), or 1.2 workers for every non-worker. This is the reality that China will soon face by 2025 or 2030.

Given the labour and capital input and productivity factors in economic growth, if China cannot make revolutionary improvements in technology in the next few years, the significant changes in the labour force alone would mean a grim outlook for the economy.

Since the fundamentals of past economic growth have changed, one can no longer depend on the old path, but a new path has to be forged that fits the new conditions.

To put it simply, the fundamentals of China’s long-term economic improvements have changed, and this has determined that the policies that were effective over the past 20 years or so, such as having an export-oriented economy and letting the property sector support industrialisation, will not work in the new conditions.

Of course, this is not to say that China’s long-term economic growth is over. After all, population is not the only factor in economic growth. Since the fundamentals of past economic growth have changed, one can no longer depend on the old path, but a new path has to be forged that fits the new conditions.

Related: Chinese netizens debate: Should China abandon the market economy for a ‘people-oriented’ economy? | Why China's economists and entrepreneurs are keeping mum about the economy | Socialism and universal basic income: Creating happy societies in the age of the knowledge economy | Japanese researcher: China's zero-Covid policy and prospects for the Chinese economy