26 Dec 2019
By Sahashi Ryo
Associate Professor of International Relations, Institute for Advanced Studies on Asia, The University of Tokyo

By all accounts, the “phase one” deal concluded between the US and China is a small one. Will this token gesture be enough to change US-China relations drastically in 2020? Prof Sahashi Ryo gives his take from Japan. 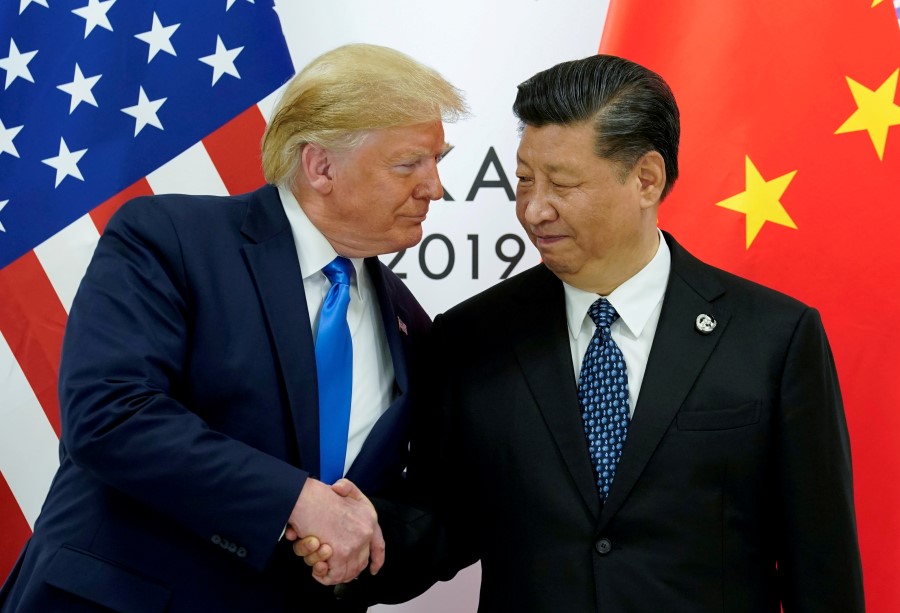 China and the US have reached a "phase one" trade deal. Will it be enough to end the trade war? (Kevin Lamarque/REUTERS)

Candice Chan - 18 May 2022
The Chinese government has recently announced plans to establish a unified national market that is highly efficient, standardised, open and competitive. It would break down walls, raise the standards of the business environment within China and act as a buffer against external pressures. While the intention is good, NUS academic Lu Xi points to possible drawbacks and challenges.
Read more
Translated by Candice Chan on 23 December 2019

The US and China have reached a “phase one” agreement in the trade negotiations. As a result, it is expected that tariffs scheduled to be enforced in December will be avoided and additional existing duties will be relaxed. The agreement also alleviates US-China disputes on tariffs and reduces risk factors of the global economy for the time being. Some predict that “phase two” of the trade negotiations will be delayed until after the US presidential election.

The agreement can appropriately be called a small deal. It only covers the Chinese government’s promise to purchase more US agricultural products and undertake additional measures aimed at protecting intellectual property rights. It does not address the Trump administration’s request for the implementation of corrective measures to address Chinese industrial policies such as the provision of subsidies to state-owned companies and the exploitation of scientific technologies. With these policies directly connected to the implementation of the Chinese political system, such a request was impossible for China to accept from the beginning, this had also been in the background of the negotiations that the two governments broke up in May, just before the conclusion of an agreement. The deal, which has been made without addressing central issues, aims at immediate political achievements and short-term economic effects that President Trump can flaunt. From that perspective, I would say that the Chinese government was lucky.

The US Congress, partly reflecting its interest in issues such as the Uighurs and Hong Kong, has also taken a strong basic stance in its policy toward China from an ideological perspective.

The US is set to maintain a hardline stance

US hardliners on China have a core policy of engaging in a strategic war to ensure that the US maintains its advantages. Tools for policy implementation are chiefly prepared through congressional legislation and according to departmental decrees issued by the respective departments. Therefore, with governmental bureaucrats and military personnel persistently taking a hardline stance on China, it is expected that a steadfast movement will continue to restrict relations with China. In addition, economic nationalists in the US administration, who are not fully supportive of the result, may also act to increase pressure on China.

The US Congress, partly reflecting its interest in issues such as the Uighurs and Hong Kong, has also taken a strong basic stance in its policy toward China from an ideological perspective. The National Defense Authorization Act for Fiscal Year 2020 (NDAA2020), which was passed by Congress, carries on the spirit of NDAA2019, a dramatic law specifying tools for implementing a hardline policy on China.

In 2020, President Trump may emphasise that he has already achieved results in US-China relations through the conclusion of the agreement. He may also temporarily suspend the imposition of duties on Chinese imports, an unpopular measure in the United States, and work on rationalising the share of stationing costs with allies based on his deal-oriented principles. Nevertheless, members of the US government, excluding President Trump and hardliners in Congress, will maintain their multi-layered hardline stance toward China in the areas of the economy, technology, security and ideology.

It also cannot be ruled out that the traditional flash points in US-China relations may be ignited again.

In particular, the US government will enforce economy- and technology-related regulations on a full-scale basis in 2020. The Committee on Foreign Investment in the United States (CFIUS) that has been operating as a pilot programme will launch officially. With a focus on China, a Presidential Order prohibiting the use of communication facilities manufactured in foreign countries, which would be detrimental to US companies, will be enforced as early as the end of the year. Restrictions on the movement of people, such as scientists and students who wish to study in the US, has already been strengthened by shortening the period of stay under visas and making the approval process stricter. Authorities may not only arrest cyber attackers but expose more “non-traditional collectors” of intelligence who facilitate the drain of technologies from universities or corporate research departments. Regulations on emerging technologies and foundation technologies may start to be enforced in certain industries ahead of others based on a decision by the US government.

It also cannot be ruled out that the traditional flash points in US-China relations may be ignited again. There were qualitative improvements in the freedom of navigation operation carried out in November 2019, but some expect China to enhance its countermeasures in the South China Sea and other areas in 2020. Attention should also be paid to what messages Taiwan’s new President will send pertaining to relations with the mainland, including references to the 1992 Consensus.

Significantly, the US presidential race will come to a head in 2020. President Trump will continue to praise himself. Looking at the Democrats, although many candidates criticised the duties imposed on Chinese imports, the party takes human rights issues seriously due to concerns over the Chinese impact on the world order. However, the party is in a slightly puzzling situation because of the participation of Michael Bloomberg, a China-friendly candidate who has been consistently detached from Chinese internal political matters.

Keeping in mind what happened in 2008, there is a tendency to see the year of a US Presidential election as an opportunity. China, which has been on the defensive, may take concrete action with the intent to change the status quo.

US-China relations will remain tumultuous next year. However, I suspect that the instigating party may turn out to be the US government or China, rather than President Trump.