With Luo Huining taking over as the director of mainland China’s liaison office in Hong Kong, will there be a change in Beijing’s handling of Hong Kong? Freelance writer and China think tank analyst Zheng Weibin is cautiously optimistic. He says the Sham Chun River, after all, is not as wide as the Taiwan Strait. 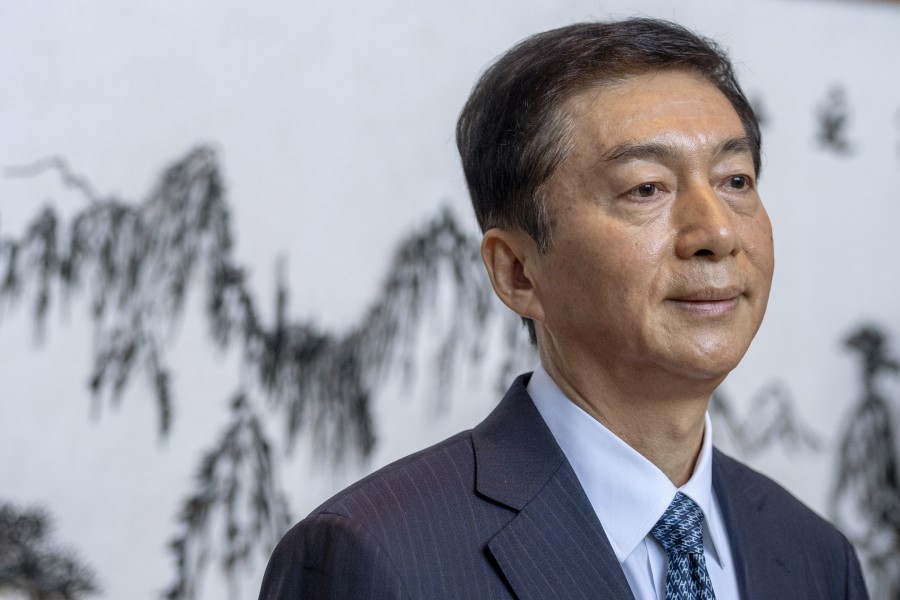 Luo Huining is taking over as the director of mainland China’s liaison office in Hong Kong. Will there be a change in Hong Kong politics? (Justin Chin/Bloomberg)

Candice Chan - 5 August 2022
China's "Foundation Plan" for iron ore has gained much official support, and is aimed at reducing reliance on foreign sources of iron, including Africa and Australia. The only way to do this effectively is for China to ramp up mining of its own iron resources. However, these resources are scattered and difficult to access, and of lower grade. This means China has its work cut out if it is to succeed.
Read more
Translated by Candice Chan on 10 January 2020

Recently, Luo Huining replaced Wang Zhimin as director of the Liaison Office of the Central People's Government in the Hong Kong Special Administrative Region (SAR). The fact that Luo has no background in either the Hong Kong or Macau SARs — he only just stepped down as Chinese Communist Party (CCP) secretary in Shanxi about a month ago — has drawn much attention.

The hope is that Luo will be able to start with no baggage and break away from the mindset of only looking at Hong Kong from the perspective of Hong Kong, and change the current situation.

Will Luo’s arrival be a turning point? How much of an impact he can make surely depends on his ability to handle complex issues and stabilise the situation, as well as Beijing’s resolve and mindset. Hopefully, the months-long protests will end in 2020.

However, it is obvious that the situation in Hong Kong is showing no signs of stabilising at the moment. China-US relations remain volatile due to the trade war. Even with the so-called phase one trade agreement soon to be signed, market and political players are cautiously optimistic. It is hard for countries not to think that a new Cold War has arrived given the actions and signals from both sides. Yet compared to the original Cold War, the present situation is more complex. Both sides are deeply interconnected with extensive overlaps in power influence, making it hard to demarcate each camp.

Hong Kong is a key link between East and West. The Hong Kong Human Rights and Democracy Act, passed by the US Congress and signed into law by President Donald Trump, is now an added bargaining chip in the US's competition with China. This complicates Hong Kong’s situation. To stabilise Hong Kong, the city must not become a frontline battleground in that competition.

Hong Kong has always been seen as a model city in the East. It has a free market governed by the rule of law. Its citizens have adequate personal freedom with relatively high political literacy. According to recent media descriptions, since the protest, it is also becoming a new democratic city. But these tales about Hong Kong are also making it harder for Hong Kong to fall in line with mainland China.

This situation serves to draw clear lines in the sand, not about the commonalities of “one country”, but the differences in “two systems”. In reality, however, those lines are crossed constantly. Incidents such as the arguments over the multiple cross-border checks on the high-speed rail between Hong Kong and Shenzhen, and the five Causeway Bay booksellers who went missing in 2015, all add to Hong Kongers’ collective impression that the lines which should be protected by “one country, two systems” are repeatedly crossed, blurred, or erased.

So how did Hong Kongers support of the opposition evolve from being fragmented and scattered, to demonstrations of up to a million people seen last year? What were the reasons for Beijing’s flawed policies and misreading of the shift in public sentiment in Hong Kong, resulting in the current situation? Beijing has to face and reflect on these questions, rather than simply see them as being created by external interference.

This is a political tussle centred around young people, with street demonstrations and low-level councils such as city councils being the new arenas of confrontation.

An obvious change has already taken place in Hong Kong. If we look at major incidents to track the implementation of “one country, two systems”, the demonstration in 2003 that attracted 500,000 participants is a marker, as is the 2019 anti-extradition protests. Before 2019, the first two stages of Hong Kong politics involved the standard tussles between the pro-establishment and pro-democracy camps on the political platform of the Legislative Council of the Hong Kong Special Administrative Region (LegCo). Now, after 2019, Hong Kong politics has entered a new third stage.

This is a political tussle centred around young people, with street demonstrations and low-level councils such as city councils being the new arenas of confrontation. In Hong Kong’s district council elections in November 2019, the opposition pulled off a major coup, winning control over 17 out of 18 district councils from the pro-establishment camp. This will definitely change the face of political competition in Hong Kong.

Compared to the previous two stages, the competition in the third stage will be fluid, like the “water revolution” style shown in the anti-extradition protests. In the words of mainland China, it will be more of a “guerilla-style political war”, with both sides trying to gain an edge in a mismatched face-off.

But no matter what, this new style of political participation is different than the politics of the 12 years before. It has changed the political mindset of many Hong Kongers, and it is changing Hong Kong’s political situation. Beijing also has to come out of its traditional echo chamber of policymaking, and go beyond winning over the people and resolving problems.

Luo Huining’s appointment is the start of a shift in Beijing’s policymaking mindset. We can look forward to this shift having a positive effect in easing Hong Kong’s situation. After all, Hong Kongers are not rejecting “one country, two systems”; what they are after now is a true implementation of “one country, two systems”. Besides, the Sham Chun River is not as wide as the Taiwan Strait.