The most outstanding of CCP leaders?

As the Chinese Communists Party marks its 100th anniversary, the authorities are showcasing the legacy of five generations of party leaders, from Mao Zedong to Xi Jinping. An article published by a researcher at the Institute of Party History and Literature of the CPC Central Committee offered a glimpse of how these leaders are being evaluated by the party itself. Zaobao correspondent Yu Zeyuan takes a closer look. 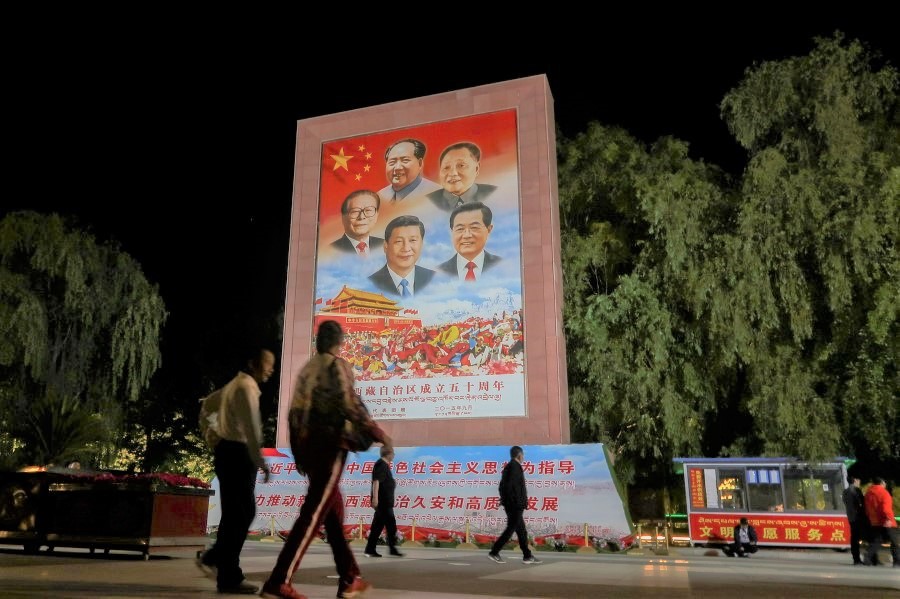 Candice Chan - 30 January 2023
A mall in Shenzhen came under fire for putting up white lanterns with black text as part of its Chinese New Year decorations, while an “ugly” rabbit-shaped light decoration was removed from another mall in Chongqing. Academic Zhang Tiankan muses on tradition and innovation, and the evolution of traditional decorations.
Read more
Translated by Candice Chan on 12 July 2021

Chen Duxiu was removed in 1927 due to his “right-wing opportunist tendencies”. Xiang Zhongfa never had real authority, and was arrested by the Kuomintang (KMT) in 1931; he defected but was killed by the KMT anyway. Qu Qiubai and Li Lisan were also quickly stripped of leadership due to their “left-deviationist” and “left-adventurist” lines. The left-wing dogmatism of Wang Ming and Bo Gu led to failed counter-encirclement campaigns against the Nationalists at the Central Revolutionary Base and ultimately resulted in the Red Guard being forced to make the Long March.

In January 1935, during the Long March, the CCP held the Zunyi Conference, calling out the errors in left-wing dogmatism. Zhang Wentian was elected as general secretary, but Mao Zedong was the true top leader of the CCP. From then on, Mao led the CCP in its strong growth, and in 1949 established the People’s Republic of China, becoming its founding leader.

After that, Mao continued to lead the CCP through land reform, “resisting US aggression and aiding Korea” (抗美援朝), co-opting agriculture, combining state-owned and private enterprises, setting up people’s communes, and following the example of the Soviet Union in establishing a highly centralised planned economic system and political system. He started political movements such as the anti-right movement, the Great Leap Forward, and Cultural Revolution, until his death in 1976.

Entry into the Deng Xiaoping era

Mao’s chosen successor was Hua Guofeng. Hua was dubbed the “Wise Leader”, but he was not a first-generation old guard of the CCP, and he did not possess seniority or power within the party. In 1978, at the 3rd Plenary Session of the 11th CCP Central Committee, the class struggle ethos was abandoned and Hua stepped away from central authority. China entered the Deng Xiaoping era.

In the 1980s, the Deng-led CCP chose Hu Yaobang followed by Zhao Ziyang as its next two general secretaries, but it was clear both within and outside of the party that Deng was the top leader. After the political storm of 1989, under Deng’s hand, Jiang Zemin became CCP general secretary. And in 1992, after the 12th National Congress, Hu Jintao joined the CCP Politburo Standing Committee, becoming Jiang’s successor. China’s second-, third-, and fourth-generation political leaders were found alongside one another at the same time, laying the ground for a stable transition of the top leadership.

In November 2012, Hu Jintao completely retired from politics following the 18th National Congress of the CCP and after serving two terms as the CCP’s general secretary. Thereafter, the CCP welcomed its fifth-generation leader Xi Jinping, who ushered in “socialism with Chinese characteristics for a new era”.

Institute of Party History and Literature of the CPC Central Committee researcher Mao Sheng recently wrote an article discussing the contributions and positioning of the five generations of CCP leaders.

The article said that Mao Zedong led the CCP on the right path of a new democratic revolution and completed the anti-imperialist and anti-feudal mission. He founded the People’s Republic of China, established the basic system of socialism, and made fundamental achievements in socialist construction. In so doing, he accumulated experience and paved the way for the CCP’s forays in building a socialist society with Chinese characteristics, thereby helping China catch up with the development trend of the times.

The evolution of ‘socialism with Chinese characteristics’

Deng Xiaoping led the CCP in focusing on building the economy, implementing reform and opening up, and establishing the basic path for the primary stage of socialism. He successfully created “socialism with Chinese characteristics”, which became the theme of all theoretical and practical innovations of the CCP. Deng’s contribution to the CCP and the people is historic, as well as global and universal. His exceptional leadership and strong push for reform and opening up allowed socialism with Chinese characteristics to thrive, and the Chinese people to lead moderately affluent lives. The Chinese nation and the People’s Republic of China could stand up in the East with a new posture as a result.

According to the article, the domestic and international situations that the Chinese communists found themselves in were very complex in Jiang Zemin’s era. Faced with the severe distortion of world socialism, the country defended socialism with Chinese characteristics and successfully pushed its brand of socialism into the 21st century. Jiang advocated the socialist market economy and worked to gradually establish the rubrics of such an economy by the end of the 20th century.

Later on, in Hu Jintao’s era, the Chinese communists seized an important strategic window and promoted innovation in the practice, theory, and systems of comprehensively building a moderately affluent society. It succeeded in developing socialism with Chinese characteristics under the new situation. Amid profound economic and social reforms and rapid transformation, China continued to maintain social and political stability.

The article also summarised the historical contributions of Xi Jinping. He successfully built a moderately affluent society in all aspects and historically eliminated the problem of absolute poverty; deepened reform and created a new era for China’s reform and opening up; governed the country according to law; strictly administered the CCP starting from setting new rules for the Politburo, which improved the morality of the party and society; led global governance in containing the Covid-19 pandemic; and created the “Xi Jinping Thought on Socialism with Chinese Characteristics for a New Era”.

While the article did not compare the contributions made by the five generations of CCP leaders, it is clear that the achievements of Mao Zedong, Deng, and Xi are the most outstanding.