University of Tokyo's Shin Kawashima notes the significance of the phone conversation between Japan's newly installed Prime Minister Fumio Kishida and Chinese President Xi Jinping. He says that while there are solid reasons why China wants to maintain a good relationship with Japan, many aspects of future Japan-China relations remain unclear. This is especially interesting to watch as the Chinese Communist Party's 20th Party Congress will coincide with the 50th anniversary of the normalisation of relations between the two countries next year. 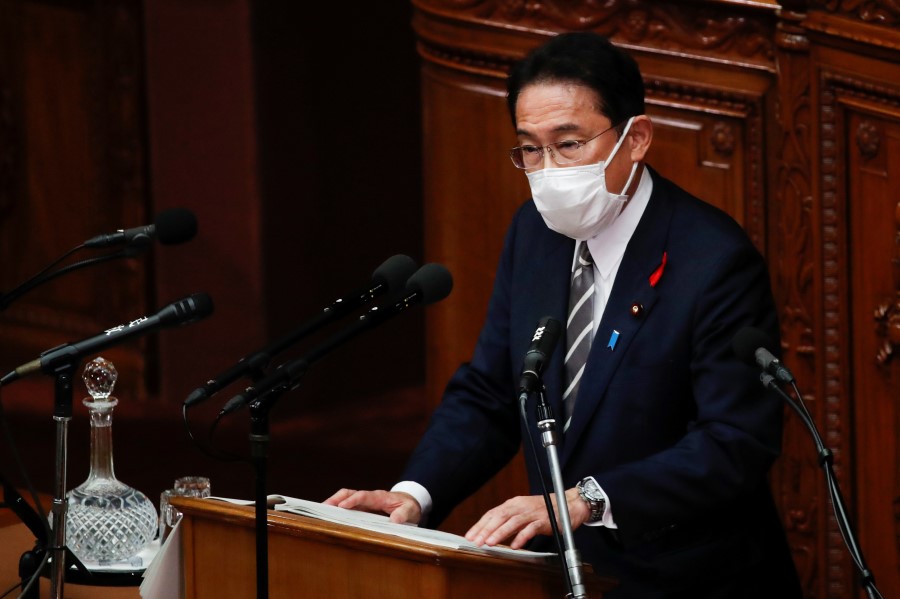 Candice Chan - 25 January 2023
While the Americans have made noticeable progress in their “pivot” to Asia, the crux of successful regional engagement rests on Washington’s ability to work with and around China’s indisputable links and influence in this part of the world, while managing its own relationship with Beijing.
Read more
Translated by Candice Chan on 14 October 2021

Xi sent a congratulatory telegram when Kishida became prime minister on 4 October, but the telephone talks are of greater significance since they can be taken as an indication of China’s desire to continue to improve its relations with Japan. In light of the frequent problems that have arisen between the two countries, this is an important signal.

It has not been customary for the Japanese prime minister to hold telephone talks with the Chinese president. Such talks have been held with the Chinese premier. The Xi Jinping-Shinzo Abe telephone talks in May 2018 were an exception. China was responding to Abe's appeal for better bilateral relations, and Chinese officials had responded positively and were even scheduling Xi's visit to Japan, which was originally planned for April 2020.

Joe Biden's victory in the US presidential election generated certain expectations in China with regard to its relations with the US. Namely, being the former vice president of the Obama administration, Biden’s election as president heralded the prospect of a new type of relationship between the major powers. However, the Biden administration, inaugurated in 2021, adopted a relatively tough policy toward China, demonstrating its intention of continuing the policies of the Trump administration, with the exception of tariffs.

On the security front in particular, the Biden administration’s focus is on its allies, including Japan. For example, at the Japan-US Security Consultative Committee (Japan-US 2+2) and the Japan-US Summit Meeting, China is being treated with a high degree of caution. China has expressed strong displeasure over this. The Chinese government also objected strongly to discussions in Japan about Japanese actions in the case of a "Taiwan Emergency”.

China is focusing on its relations with US allies such as Japan because of the difficulties it is facing in its relations with the US. And Japan is one of the US's top allies. Another may be that China has applied to join the CPTPP, which is currently chaired by Japan.

However, even as Covid-19 is gradually being contained, there seems to be no concrete vision for future Japan-China relations currently. Furthermore, while the US and China are seeking cooperation on climate change issues, no specific areas for cooperation between Japan and China are on the agenda. There are possibilities for dialogue on CPTPP accession and for cooperation on environmental issues such as decarbonisation, but these remain unclear. The Kishida administration is planning to formulate new security and diplomatic policies focusing on economic security. Its policies on China under this new focus is not yet known.

At the end of September 2022, China and Japan will celebrate the 50th anniversary of the normalisation of relations. As yet, neither country appears to have envisioned how this milestone one year from now will be marked. In the autumn of 2022, the Chinese Communist Party's 20th Party Congress is expected to extend Xi's term of office and re-appoint him as general secretary of the CCP. The timing of the 50th anniversary is therefore highly sensitive.

In the telephone talks, Prime Minister Kishida reportedly mentioned the Hong Kong and Uighur issues. The major challenge, however, will be whether Japan and China can create and build the right environment for cooperation despite their often conflicting interests and competitive relations.

Related: Strong China-Japan relations a fantasy in a divisive world: Will ASEAN benefit? | Chinese academic: Japan is the ‘hidden warrior’ behind China-US competition | Balancing China: Can Japan continue to be a reliable power in SEA after Abe? | Japanese academic: Biden's emphasis on allies is impacting Japan-China relations | China's 'new era' for China-Japan relations does not match Japan's needs | Can Japan rise above factional politics and become the 'bridge to the world' under new PM Kishida? | Will the new Japanese PM Kishida do better than his predecessor Suga in foreign relations? | How will the Liberal Democratic Party’s presidential election affect Japan's China policy?