When Japan attacked China during the Second Sino-Japanese War, overseas Chinese in Southeast Asia made contributions to China’s war efforts. Among the most prominent community leaders were Tan Kah Kee and Aw Boon Haw, who corralled donations and made separate visits to Chongqing. Historical photo collector Hsu Chung-mao takes us back to that period and shows us the atrocities of war and the indomitable human spirit reflected in old photos. 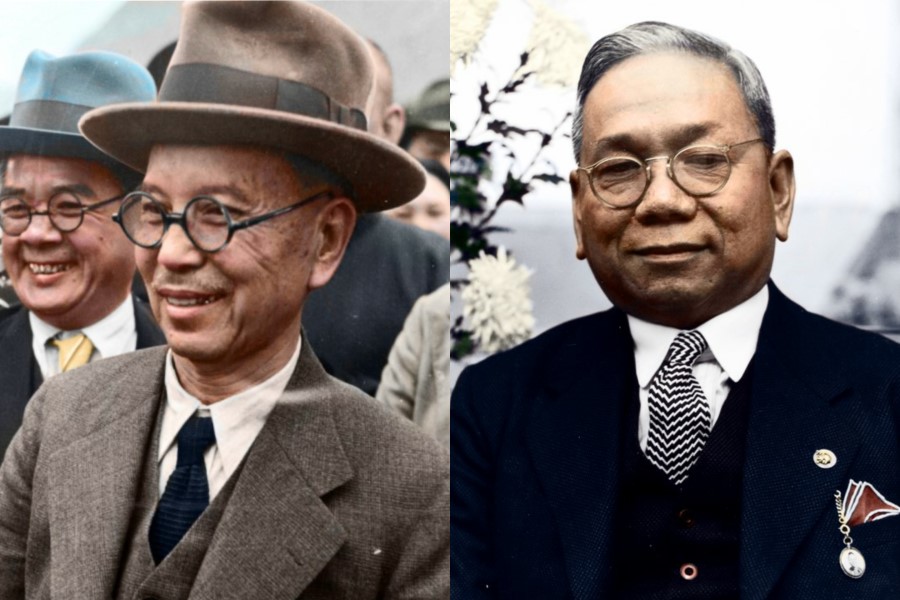 Candice Chan - 5 August 2022
China's "Foundation Plan" for iron ore has gained much official support, and is aimed at reducing reliance on foreign sources of iron, including Africa and Australia. The only way to do this effectively is for China to ramp up mining of its own iron resources. However, these resources are scattered and difficult to access, and of lower grade. This means China has its work cut out if it is to succeed.
Read more
Translated by Candice Chan on 27 May 2020

During the difficult days of the Second Sino-Japanese War (1937-1945), prominent overseas Chinese leaders Tan Kah Kee and Aw Boon Haw went to Chongqing to show their support for China. At the time, the capital of the Republic of China was moved to Chongqing, and the people there welcomed Tan and Aw, making it a big event in the war. The support of overseas Chinese — cash donations, spreading the word, even sending young people from Nanyang (Southeast Asia) to help with logistics — was a major contribution to China’s war efforts. Today, this heroic chapter in history is recorded in all of China’s books and memorials relating to the war.

Following the Marco Polo Bridge incident on 7 July 1937, full-blown war broke out between China and Japan. Japan was a military power that was superior to China in modernisation, military training, and national defence. After Sun Yat-sen overthrew the Manchu imperial regime and established the Republic of China in 1911, the country was still in chaos and certainly in no shape to throw off the shackles of imperialism and colonialism.

It was not until 1930, when the new-generation Kuomintang leader Chiang Kai-shek united China through military means, that the military, economy, community, and education were brought in line. With the help of a German military advisory team, China trained and equipped 20 army divisions German-style, and planned a long-term war strategy against future invasion by Japanese troops. The core idea was to “buy time with space” ⁠— to use China’s vast land space to drag out the fight, and to absorb any heavy casualties until there was a fundamental shift in the international situation and enemy strength.

In 1937, Japan attacked China, with an optimistic prediction that China would be defeated within three months. They did not expect to meet with stubborn Chinese resistance. Japanese and Chinese troops fought for three months in Shanghai, with both sides suffering heavy losses. Subsequently, the Japanese moved to take over Nanjing through a cruel, vengeful massacre. The Chinese government followed the plan of resisting and wearing down the Japanese troops with the blood of the military and the people, while buying time to move industrial machinery and strategic assets to the southwest in preparation for a long war.

From July 1937 to October 1938, the Japanese fought and overcame Beiping (now Beijing), Shanghai, Nanjing, and eastern China, and went on to Guangzhou and Wuhan, their strategic endpoint. As long as the Chinese did not surrender or negotiate for peace, Japan could only keep fighting. The problem was that Japan had limited troops and resources. With each city they conquered, they had to leave some troops behind. By the time they arrived in Wuhan, they no longer had enough troops to continue a large-scale offensive, and both sides went into a long deadlock. And with China’s capital in Chongqing, protected by the natural barrier of Sichuan’s hills and rivers, Japan’s mechanised troops could not penetrate the city’s line of defence, and could only engage with China’s defensive troops on the outskirts of Sichuan. At this time, all foreign embassies were moved to Chongqing, and stood with China in the fight against fascism.

The plight of the Chinese troops and the civilians gained the world’s attention and won widespread sympathy. Overseas Chinese did not hesitate to give their full support to China’s war efforts, especially in the Straits colonies.

Tan Kah Kee and Aw Boon Haw came to the fore as leaders of the overseas Chinese community. Tan was born in 1874 in Xiamen, Fujian province. He came to Nanyang with his father at the age of 17 to learn to be a trader. He started his own business soon after and grew his business empire over a period of 30 odd years to become the owner of rubber plantations around Nanyang, as well as of businesses in many other industries. Tan became one of Singapore’s wealthiest merchants.

Tan was very interested in the fate of China. He joined Sun Yat-sen’s revolutionary group, and funded revolutionary activities. He felt that China’s backwardness was due to a lack of modern education, and so he gave money to set up modern schools in Xiamen and Singapore, including schools in his hometown of Jimei, Xiamen University, as well as the Chinese High School and Nan Chiau High School in Singapore.

After the war broke out, Tan immediately led the Singapore China Relief Fund and later became president of the Southeast Asia Federation of the China Relief Fund (南洋华侨筹赈祖国难民总会). He himself made a large contribution to the war effort, and called on overseas Chinese to also contribute whatever they could in cash or kind. Over 3,000 young Chinese returned to China as drivers and mechanics, to help with transportation between Yunnan and Myanmar. Tan’s philanthropy greatly raised the capabilities and morale of the Chinese troops.

As for Aw Boon Haw, his family originally hailed from Yongding county in Fujian province. He was born in Myanmar in 1882, the son of a Chinese medical hall owner. After he took over his father’s business, he developed Tiger Balm, which became a household name all over Southeast Asia, China, Europe, and the US. Subsequently, Aw moved his company headquarters to Singapore, then Hong Kong.

In March 1940, Tan led a delegation to Chongqing. Aw did the same in February 1941. Both men represented the united war efforts of Chinese both in and out of China, which was highly symbolic in bringing together Chinese all over the world in their tough fight against Japan, before Pearl Harbour brought the US into the war.

It has been 80 years since Tan and Aw visited Chongqing. After World War II, the Southeast Asian colonies of the Western powers gained independence, and the new generation of Chinese in Southeast Asia made it their priority to build up the politics, society, as well as culture and education of the places where they settled down. But the admirable spirit of these pioneers who made contributions to their homeland lived on. In particular, despite his many businesses, Tan Kah Kee led a simple life, believing that everybody is part of a wider community. In the end, he gave all his wealth towards culture, education, and philanthropy, helping the poor and doing good for the community, and becoming a lasting role model.

Related: Tan Kah Kee: The Confucian merchant's relevance in contemporary societies | Sun Yat-sen and the Xinhai Revolution: A pictorial journey | Soong Mei-ling and the flying tigers: When China and the US fought shoulder to shoulder