Technology and innovation race: US losing edge to China?

Observers of China-US competition have commented that a tech war is rapidly becoming the decisive battleground in the big power rivalry for global dominance. While there have been reports saying that the US may lose this war, visiting senior fellow at the RSIS Dr Cung Vu thinks that given the US's recognition of the importance of technology, and China's recent acts of reining in its tech companies, the US should continue to lead. 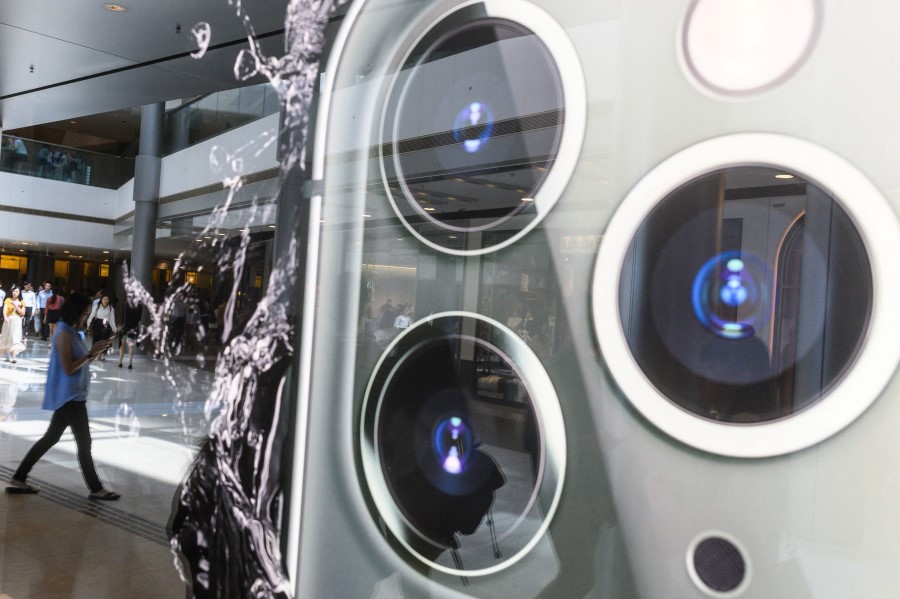 The China-US tech competition is intensifying, with experts saying that the US should maintain its lead, at least for now. (Philip Fong/AFP)

Candice Chan - 20 September 2022
Li Cheng, director of the John L. Thornton China Center of the Brookings Institution, notes that well-educated and professionally capable military technocrats are prominently represented in the PLA leadership, and this trend is set to continue after the 20th Party Congress. What contributions will this new corps of military technocrats make as Xi Jinping heads into a likely third term?
Read more
Translated by Candice Chan on 15 October 2021

Technology and innovation are the foundation of a nation’s strengths. Many factors must be considered to assess the competitive edge and sustainability of a country’s technology and innovation: skills, workforce, funding, ecosystems are critical. Regulations, policies, and geopolitics exert significant influence.

Is the US still leading the technological and innovation race in the face of stiff competition from China? What areas is China fast catching up in and where are US companies still having the edge? A broader assessment requires a closer look at some of the key determinants.

Education/skills: The US does not have a strong academic record at high-school level. However, at tertiary level, US universities are among the top in world ranking. In terms of technical literature in 2018, out of 2.6 million worldwide publications, China’s share was 21% and the US17%. According to the World Intellectual Property Organization (WIPO), in 2019 China surpassed the US with 58,990 patent filings compared to 57,840 from the US.

Workforce: According to a report by the US National Science Foundation (NSF) published in 2020, the US awarded close to 800,000 bachelor degrees in science and engineering fields in 2016 while China awarded 1.7 million. It is hard to compare the skills and workforce of the two countries as one could argue either way to advocate quality or quantity.

Public and private funding: According to the NSF, in 2017 the US gross domestic expenditure on R&D was US$549 billion and China US$496 billion factoring in purchasing power parity. However, the growth rate in the US R&D expenditures was only 4.3% for the 2000-2010 and 2010-2017 periods, while in China 20.5% and 12.8% for corresponding periods. With this trend, China will outspend the US in the near future.

China has led the world in using AI for surveillance. SenseTime is well known in facial recognition. Hikvision and Dahua Technology control a third of the world’s security camera market.

Ecosystems consist of factors such as education, venture capital, culture, legal infrastructure, and a diversified workforce, and these would allow technology/ideas to materialise into final products or real-life applications.

For example, the US Silicon Valley ecosystems have allowed a small network of specialised electronic components manufacturers to grow into the most successful trillion-dollar corporations in the world. They include Intel, Cisco, Google, Yahoo, Facebook, Apple, Tesla, and Uber, to name a few.

A mirror of such successes in the US exists in China — Baidu, Alibaba, Tencent, Xiaomi, Didi. Also, Huawei is the world’s leading supplier of 5G telecom equipment. These Chinese companies use artificial intelligence (AI) heavily to support their businesses.

China has led the world in using AI for surveillance. SenseTime is well known in facial recognition. Hikvision and Dahua Technology control a third of the world’s security camera market. In this domain, the US is behind because of concerns over individual privacy rights.

China’s biggest challenge is the dependence on US semiconductor technology. Every area of the Made-in-China 2025 plan relies on semiconductors, mainly from five US manufacturers: AMD, Intel, Micron, Nvidia and Qualcomm.

Since technology and innovation are very critical to national security, both China and US governments have been investing in key technologies to strengthen their respective advantages vis-à-vis the other. AI is one of them. It will be the driver of future economic growth and resilience in national security systems.

Media reports indicate that China has been using all means to obtain foreign technologies in advancing its own development. Accessing academic research, investing in start-ups worldwide, and attracting joint ventures into China have been intensive and extensive.

Foreign firms go into joint ventures and willingly transfer technologies as they gained in productivity and profitability. In 2015, China launched “Made-in-China 2025” focusing on ten industries, all built on AI to a certain extent, with the goal of dominating the global market by 2049.

However, China’s biggest challenge is the dependence on US semiconductor technology. Every area of the Made-in-China 2025 plan relies on semiconductors, mainly from five US manufacturers: AMD, Intel, Micron, Nvidia and Qualcomm.

The US under the Trump administration introduced regulations such as the Foreign Investment Risk Review Modernisation Act (2018), Export Control Reform Act (2018), and the National Defence Authorisation Act (2019) to ban the federal government from purchasing equipment from certain Chinese vendors or to export technology which has wide impact on industries.

Specific industries, ranging from robotics, AI, and autonomous vehicles, as well as companies like Huawei, ZTE, Dahua Technology, Hytera, and Hikvision were all hit to different degrees of severity by these bans.

Not to be outspent in research funding by China, the Biden administration has also pledged to more than double the amount of investment in science and technology, focusing on areas like AI and quantum computing. Federal spending on research and development is upped to 2% of GDP from about 0.7% presently.

In June 2021, the US Senate passed the United States Innovation and Competition Act, a US$250 billion legislation designed to boost US semiconductor production, scientific research, development of AI, and space exploration in the face of growing competition from China.

There have been a number of recent setbacks for Chinese high-tech companies. Their reported use of a financial structure to raise money from foreign investors to bypass China’s foreign investment restrictions was declared foul. In February 2021, the State Council’s Anti-Monopoly Committee imposed anti-competition penalties on major firms like Alibaba and Tencent.

The Cyberspace Administration of China accused Didi of illegally collecting and using personal information, and punished Didi for alleged violation, days after its initial public offering. Didi’s share price fell by a quarter, losing some US$21.5 billion in market value.

The combination of new regulatory pressure from both Beijing and Washington seems likely to force a significant number of Chinese companies to delist from US stock exchanges soon.

These crackdowns have rattled the market and wiped US$1 trillion off the value of overseas-listed Chinese tech stocks since February 2021, according to a report from Goldman Sachs.

The pressure on Chinese companies is coming from the US regulators, too. The Holding Foreign Companies Account Act passed in December 2020 empowers the Securities and Exchange Commission (SEC) to require foreign companies to disclose shareholder information and auditing records.

This is in direct conflict with the revised China Securities Law to prevent Chinese firms from releasing documents related to their securities outside of China without approval from China Securities Regulatory Commission. The combination of new regulatory pressure from both Beijing and Washington seems likely to force a significant number of Chinese companies to delist from US stock exchanges soon.

The US will continue the lead in technology and innovation if it recognises their critical role.

Currently, China leads in vision, speech recognition, and natural language processing capability. But it still lags behind the US in core AI technologies to design and build algorithms to allow computers to function more like the human brain. China also lacks expertise in designing semiconductor chips that can support advanced AI systems.

The US will continue the lead in technology and innovation if it recognises their critical role. In the circumstances, the US can be expected to provide adequate funding for research and development, and the ecosystems to attract talents from over the world so as to maintain its edge.

This essay first appeared in RSIS Commentary, a publication of the S. Rajaratnam School of International Studies (RSIS), Nanyang Technological University (NTU), Singapore as “Technology and Innovation Race: US Losing Edge to China?” by Cung Vu.

Related: Beijing's tech conundrum in 2021: How to bolster tech sector while reining in the digital giants | Science & Tech: Can the ‘whole-of-nation’ approach save the US? | America turning to state intervention to win US-China tech war