TikTok: Another victim of the China-US tech war

Veteran China affairs journalist Han Yong Hong examines recent flak TikTok has received in the US, suggesting that it reflects different approaches the US and China have towards freedom of speech and its responsibilities. Interestingly, Facebook founder Mark Zuckerberg is in the front rank of those criticising TikTok in the name of upholding free speech. Who has the users' interest in mind and how can Tik Tok fend off the heat? 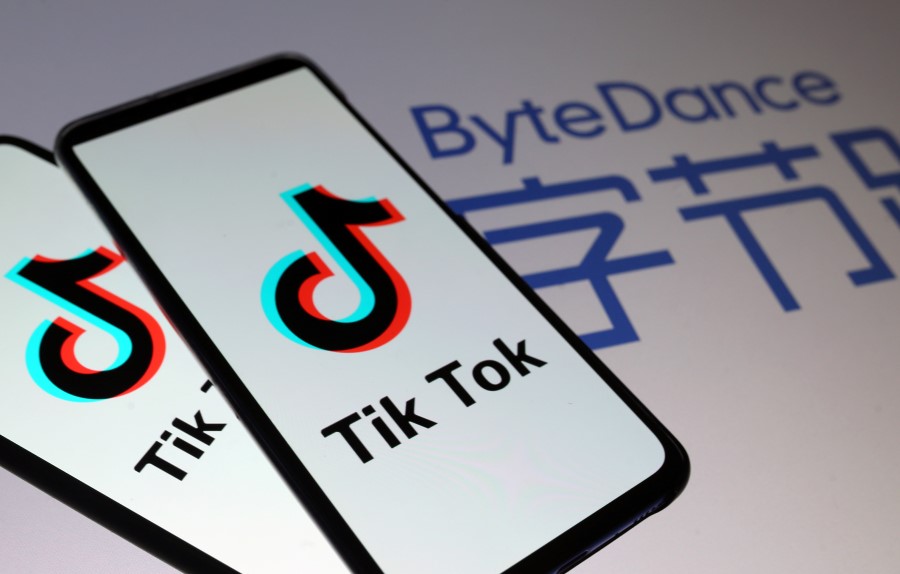 US, China and Taiwan: A complicated triangular relationship since the 1950s [Photo story]

Candice Chan - 28 October 2020
What was behind the web of complicated relations between the US, the Kuomintang (KMT) in Taiwan and the Chinese Communist Party (CCP) in Beijing in the 1950s? What impacts do these complex relationships and interlinked issues have on the present? Historical photo collector Hsu Chung-mao gives a pictorial overview of the situation.
Read more

Candice Chan - 28 October 2020
The Chinese need to do better to counter misleading tweets from US President Trump’s Twitter propaganda machine, say China academics Li Yongning and Wen Jiandong. As controversial a figure as he is, Trump commands a Twitter following of more than 80 million. Some of his questionable tweets have likely contributed to the deterioration of people-to-people relations between the US and China.
Read more

Candice Chan - 27 October 2020
Sand dredgers from mainland China are congregating in the waters off the Taiwanese-controlled Matsu islands with increasing frequency. What does this mean for cross-strait relations? ZB correspondent Woon Wei Jong finds out.
Read more

Setting the rules: 'Non-negotiables' in a US-Southeast Asia relationship

Candice Chan - 23 October 2020
Since 2016, China has presented itself as a strategic competitor to the US. In turn, the Trump administration has been accused of incoherence in its policies toward China and its approach to the Indo-Pacific has led to concerns in regional states. Whether Trump or Biden wins in November, Washington needs to recognise some non-negotiables with regards to Southeast Asia: the avoidance of presenting binary choices for regional states to make amid Sino-US rivalry; the need for a looser cooperative approach in pushing back China’s assertiveness, particularly in the South China Sea; and the need to build regional connectivity networks and infrastructure.
Read more

Candice Chan - 23 October 2020
Indonesian Defence Minister Prabowo Subianto's visit to Washington DC has raised many eyebrows and questions, says Leo Suryadinata. Is the US worried about Indonesia leaning too much towards China?
Read more
Translated by Candice Chan on 6 December 2019

TikTok, the international version of China’s Douyin, has been unstoppable in winning over young users from all over the world. But it recently got itself in trouble. After getting fined US$5.7 million earlier this year for illegally collecting the names, email addresses, and residential addresses of users aged below 13, the company has been involved in a series of court cases over the past two weeks.

On 27 November, Palo Alto college student Misty Hong filed a class action suit against TikTok. She claimed that she downloaded TikTok in March or April, and realised a few months later that the app had created an account for her without consent and collected her personal data. This included scanning videos in her phone that she had not posted online and gathering biometric data such as facial features, and transferring these data to two servers in China.

This week, another filing quickly followed against TikTok’s parent company ByteDance, for allegedly collecting user data of children aged below 13 without their parents consent and selling that data to third party advertisers...

The filing did not provide evidence to back up the allegations, nor did TikTok respond. However, Tik Tok has always emphasised that the data of all US users are stored in the US, with backups kept in Singapore.

This week, another filing quickly followed against TikTok’s parent company ByteDance, for allegedly collecting user data of children aged below 13 without their parents' consent and selling those data to third party advertisers, in violation of child privacy laws.

In the US, corporate lawsuits are common. Companies getting sued by users does not mean they are guilty. Besides, for ByteDance with its US$75 billion market value, even a fine of a few million US dollars would be considered small change. But the spate of lawsuits does show that TikTok is facing growing pressure in the US.

TikTok has become another Chinese company that has fallen victim to the China-US trade and technology war. According to Reuters, the Committee on Foreign Investment in the United States (CFIUS) has started a national security investigation on ByteDance’s purchase of US social media app Musical.ly. At the hearing in the US Senate in early November, the senators expressed strong doubts over TikTok’s storage and use of user data, as well as possible censoring of content on behalf of the Chinese government.

The statement by Republican senator Josh Hawley showed his wariness of the Chinese Communist Party (CCP). He warned US parents: "If your child uses TikTok, there's a chance the CCP knows where they are, what they look like, what their voices sound like, and what they’re watching." He also questioned what it meant for China to know about the social lives of military personnel, government officials, and prominent community figures.

But more than security concerns, the doubts over TikTok in Western media are focused on content restrictions. TikTok is said to be exporting “China-style censorship” to the world. In September this year, The Guardian claimed to have obtained TikTok’s moderation guidelines that explicitly ban criticism or attacks on policies and social rules of any country. The guidelines also prohibit the demonisation or distortion of other countries’ history (including controversial events in Indonesia, Cambodia, and China). The ban on the Chinese platform further includes a list of 20 sensitive world figures, such as North Korea leader Kim Jong Un, Russian President Vladimir Putin, and US President Donald Trump.

Recently, TikTok was also found to be suppressing videos from disabled, LGBTQ and overweight users. And with each incident, the embattled TikTok has cooperated with the US authorities, saying that it is willing to moderate its content according to local standards.

Interestingly, Facebook founder Mark Zuckerberg is in the front rank of those criticising TikTok in the name of upholding free speech. But Western media has not forgotten the negative reports involving Facebook, pointing out that Zuckerberg is not committed to restricting political advertisements containing falsehoods, and accusing him of using TikTok as a distraction from Facebook’s problems.

They are all putting their own interests — the political and security interests of their own nation — above the interests of users, which is not a good thing for users around the world.

The tussle between Facebook and TikTok shows the gap between freedom of speech and avoiding controversy to maintain a peaceful status quo. It is a reflection of the different values held by the West and China towards speaking up. China-originated TikTok prides itself on providing entertainment and not politics, making a profit through creativity and fun; in any society, it avoids political topics, and stays within the lines to cultivate a safe space in which to operate. On the other hand, Facebook is not afraid to cement its popularity with political commentary, and would not say no to income from political advertisements; freedom of speech is also a way of business for Facebook.

The debate over the principles of freedom and responsibility between China and the West demonstrates the different values each holds over freedom of speech. There are underlying reasons for these differences, but whether it is TikTok or US social media giants such as Facebook, no one is revealing the whole truth about their business model. They are all putting their own interests — the political and security interests of their own nation — above the interests of users, which is not a good thing for users around the world.

However, the differences between TikTok and Facebook also provide good material for a serious discussion on the responsibilities and limits of freedom of speech. It is a pity that the China-US competition in national interests and the US’ wariness about the CCP do not allow a calm discussion on the subject. Of course, China has shut the door on many US technological media giants, which gives the US no motivation for dialogue.

From now on, TikTok will have to prove that it can operate independently of its parent company in China, otherwise, it will only get harder for it to operate in the US. If it is possible to decouple China and US technology, what is sacrificing one TikTok?