Why Japan is investigating Confucius Institutes in Japanese universities

Last month, following a question by a Diet member, Japan's education minister announced a fact-finding investigation into the presence of Confucius Institutes in Japanese educational institutions. What influence do these Confucius Institutes have in Japan and should they be allowed to continue being in operation? 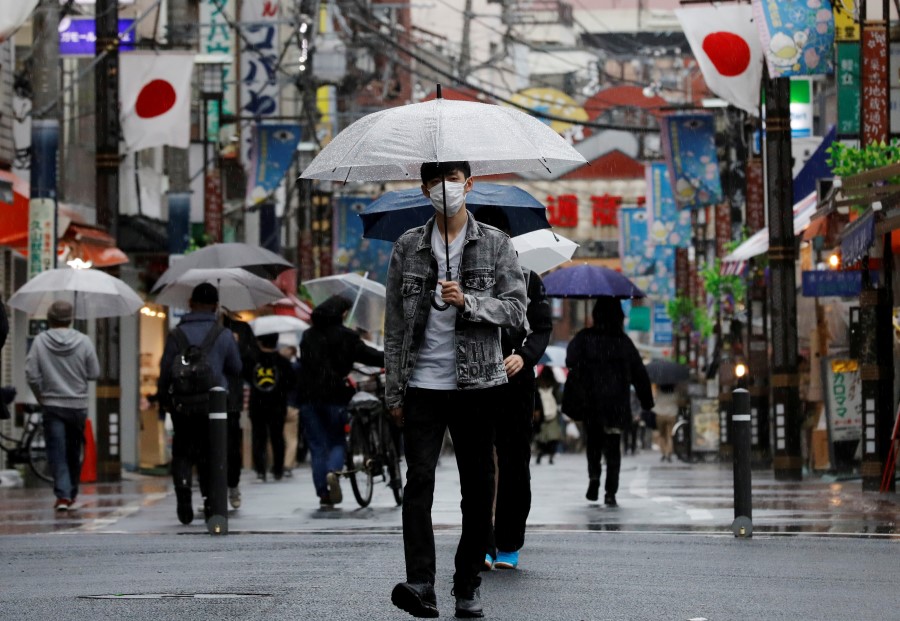 A man wearing a protective face mask, amid the coronavirus disease (COVID-19) pandemic, makes his way at a local shopping street in Tokyo, Japan, 5 May 2021. (Kim Kyung-Hoon/Reuters)

Candice Chan - 20 September 2022
Li Cheng, director of the John L. Thornton China Center of the Brookings Institution, notes that well-educated and professionally capable military technocrats are prominently represented in the PLA leadership, and this trend is set to continue after the 20th Party Congress. What contributions will this new corps of military technocrats make as Xi Jinping heads into a likely third term?
Read more
Translated by Candice Chan on 13 July 2021

Even within Japan, there have been concerns that these organisations have been used as fronts for Chinese propaganda or political manoeuvring, but no specific incidents have occurred, and until now the Japanese government has not conducted any public investigations.

This raises the question of why such an investigation is being considered now. In fact, it directly stems from a question posed by Diet member Haruko Arimura at a meeting of the Committee on Education, Culture and Science of the House of Councillors on 13 May 2021. To raise the issue, Arimura asked Education Minister Koichi Hagiuda whether Japan should step up scrutiny of “Confucius Institutes which various countries recognise as a security threat”.

While Confucius Institutes have been set up at various universities, they do not offer degrees or require approval from the Ministry of Education, Culture, Sports, Science and Technology to be established. They are founded based on exchange agreements or similar arrangements with Chinese universities, within the framework of institutional exchanges between a Chinese and overseas university. In many cases, they offer classes on Chinese language and culture. Whether those classes are formally integrated into university curricula depends on the individual exchange agreement. Other Confucius Institutes, like the one at Waseda University, are research-focused and do not offer language instruction or classes on culture.

“Is it healthy that the only cultural centres systematically and strategically installed in Japanese universities are those of a country under Communist Party rule?” - Haruko Arimura, Diet member

In developing countries, Confucius Institutes offer Chinese language classes at local universities, give learners the opportunity for short-term study abroad trips to China free of charge, and even provide a pathway to employment at Chinese companies with a local presence for those whose Chinese language abilities show improvement. Teaching staff and student volunteers are also dispatched from Chinese sister universities to learn about the country and pick up the local language. In this sense, Confucius Institutions are more widely accepted in developing nations. In developed nations, however, there is little incentive for students to pursue opportunities such as employment at Chinese companies.

Diet member Arimura’s question was probably asked in light of these trends seen in other developed countries. In response, Minister Hagiuda acknowledged that “there is growing concern among countries that share common values, such as the United States and European nations, that these institutes should be abolished or required to disclose their operations,” adding that “I urge information disclosure to raise transparency regarding organisational management and what is taught or researched, to ensure that the independent research activities of these universities are not being hindered”.

In a follow-up question, Arimura asked, “Are there are any other examples of cultural outreach centres effectively controlled by foreign governments within Japanese universities?” When an officer of the Education Ministry replied that there were not, Arimura continued. “Is it healthy that the only cultural centres systematically and strategically installed in Japanese universities are those of a country under Communist Party rule?”

What we can gather from these discussions is that the issue was raised in light of the wariness that Western developed nations have shown towards Confucius Institutes and the measures those nations have taken. We can also surmise that the Ministry plans to conduct a fact-finding investigation, that a theme of the investigation will be whether the independent research activities of universities are being impeded, and that the investigation will first focus on how the institutes operate and what their educational activities are before making a decision.

However, it remains to be seen how extensive, direct or detailed the Ministry’s investigation will be. Japanese universities are granted considerable leeway in how they operate, and this is not a case that involves exercising police powers due to some specific crime having been established. In that sense, the investigation may end up being superficial. But it is in the court of public opinion where Japanese universities are susceptible. If having a Confucius Institute on campus affected student recruitment, for instance, it could be the grounds for its closure. Similarly, if the Ministry were to link the presence of Confucius Institutes with reduced subsidies, it could set off a wave of closures at Japanese universities. Ultimately, even if the Japanese government does conduct a fact-finding investigation, the future of Confucius Institutes in Japan remains uncertain.

Related: Confucius Institutes accepted in SEA and embraced by Cambodia, unlike in the West | The China story is not just about politics, Confucius and mooncakes | French cultural and academic institutions alarmed by China's influence | China’s soft power conundrum: The big divide