Will the West boycott Beijing's Winter Olympics over Xinjiang?

As Beijing prepares to host the 2022 Winter Olympics, the spectre of human rights violations in Xinjiang looms large, with campaigners clamouring for the Games to be used to pressure Beijing. Zaobao correspondent Yang Danxu finds out how China is planning to handle the situation. 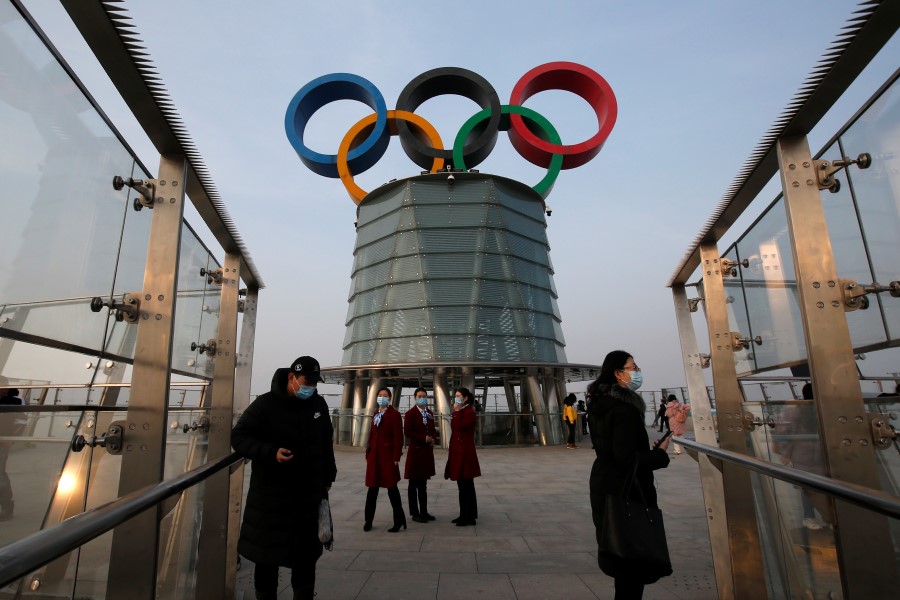 Candice Chan - 30 January 2023
A mall in Shenzhen came under fire for putting up white lanterns with black text as part of its Chinese New Year decorations, while an “ugly” rabbit-shaped light decoration was removed from another mall in Chongqing. Academic Zhang Tiankan muses on tradition and innovation, and the evolution of traditional decorations.
Read more
Translated by Candice Chan on 3 February 2021

“Our country has advanced to a higher level.”

When I was chatting with an official in the organising committee of the 2022 Beijing Winter Olympics at a recent media event, I asked her how different it would be from the 2008 Beijing Summer Olympics. The above was her confident reply after giving it a moment's thought.

The 24th Winter Olympics and Paralympics is scheduled to be held from 4 to 20 February 2022 in Beijing, with some outdoor events to be held in Zhangjiakou city, in northwestern Hebei province. This is the first time China is hosting the Winter Olympics, and Beijing will become the first city to hold both the Summer and Winter Olympics.

The Winter Olympics is not as prominent as the Summer Olympics, and unlike the situation in 2008, China has already taken centre stage in the world; it no longer needs to host a major sporting event in order to join the mainstream international community. However, it is still important for China to do a good job of hosting the Winter Olympics.

Having the Winter Olympics at its doorstep is seen as a chance for China to develop its winter sports, so that it does not just excel in summer sports and can become a truly “balanced” sporting powerhouse. And with the continued pandemic, this international sporting event will also be a window for China to demonstrate its national strength globally.

Since last year, the international community has questioned the Chinese government’s measures in governing Xinjiang, and called for a boycott of the Beijing Winter Olympics.

However, whether the Winter Olympics can be held as scheduled remains highly uncertain. While the rollout of vaccines give hope of bringing the pandemic under control, and the situation in China is better than many countries, the rise in local infections since January is worrying. Nobody knows if the Winter Olympics scheduled for this time next year will be affected by a resurgence of the coronavirus during the autumn and winter.

Apart from the pandemic, the Winter Olympics is also facing a lot of external pressure. Since last year, the international community has questioned the Chinese government’s measures in governing Xinjiang, and called for a boycott of the Beijing Winter Olympics.

The World Uyghur Congress — headquartered in Germany — and other international human rights organisations have written to the International Olympic Committee (IOC) calling for Beijing’s hosting rights to be rescinded, citing human rights violations by China in Xinjiang. Political leaders of the US, UK, Australia, and Canada and other Western countries have also spoken up to question plans to send teams to the Beijing Winter Olympics.

Thus far, not a single country has openly expressed any intention to withdraw from the Beijing Winter Olympics. But in his last days in office last month, former US Secretary of State Mike Pompeo publicly accused China of committing “genocide” against the Uighurs in Xinjiang and other ethnic minorities, and fanned the flames of possibly boycotting the Winter Olympics.

If a boycott becomes a reality, it will mark the first boycott of the Olympic Games since the 1980s and the end of the Cold War.

Last month, The Guardian reported that a group of exiled Uighur campaigners from ten countries are trying to persuade multinational company sponsors of the Beijing Winter Olympics to use their influence with the Chinese government to change the latter’s Xinjiang policy. These Uighur campaigners are calling the Winter Olympics the “Genocide Games” and have written to Airbnb asking it to withdraw its sponsorship or to speak out against the alleged abuses. They plan to appeal to other sponsor companies to do the same.

As fewer countries participate in the Winter Olympics than the Summer Olympics, and Western countries — many of them powerhouses in winter sports — are mainly the ones concerned about human rights issues in Xinjiang, if big medalist countries are absent from the Winter Olympics, the scale and influence of the Beijing Winter Olympics will be greatly reduced. If a boycott becomes a reality, it will mark the first boycott of the Olympic Games since the 1980s and the end of the Cold War. Some quarters of public opinion think that such a possibility is not unimaginable, given the tense relations between China and Western countries.

China is staying alert amid calls for the boycott of the Winter Olympics. During a phone conversation between Chinese President Xi Jinping and IOC president Thomas Bach on 25 January, Xi emphasised that “China has taken the lead in putting its own pandemic under control and realising economic recovery, creating favourable conditions for the smooth hosting of the Beijing Winter Olympics”. A Xinhua News Agency report also mentioned that Bach opposes the “politicisation of sports”.

Recently, Chinese officials have also strengthened their external publicity efforts in a bid to seize the narrative on the Xinjiang issue. With foreign media in mind, the Chinese Foreign Ministry has held three press conferences on Xinjiang since December 2020 to refute the allegations of forced labour and genocide in Xinjiang perpetuated by Western public opinion.

This grand gala is doomed to have jarring music playing in the background.

In fact, China also faced human rights accusations prior to the Beijing 2008 Olympics. Tibet was the hot topic back then, but now the attention has shifted to Xinjiang. Just like what the Chinese official said, compared to 2008, China has already advanced to a new level; it is catching up with the West in terms of economic power and is even set to surpass them. But over a decade later, in terms of universal values recognised by the Western world, the gap between China and the West is still stark.

The boycott of the Winter Olympics may not come to pass, and China — having gained an important position in international society — may not be that bothered with the opinions of others, unlike before. But, it can be expected that disputes over the Xinjiang issue will continue to intensify as the world counts down to the Winter Olympics next year. This grand gala is doomed to have jarring music playing in the background.

Related: Battling atheist China: US highlights Xinjiang issue and religious freedom in Indo-Pacific region | Xinjiang — the new Palestinian issue? | Mulan: The people-pleaser that ended up offending all? | Winning Indonesia over: US and China seek Indonesia's support in Southeast Asia