The Chinese Ministry of Education has announced that Xi Jinping Thought will be integrated into the school curriculum from primary to university level. What does this mean for students, and what is the aim of the authorities? Zaobao correspondent Wong Siew Fong takes a closer look. 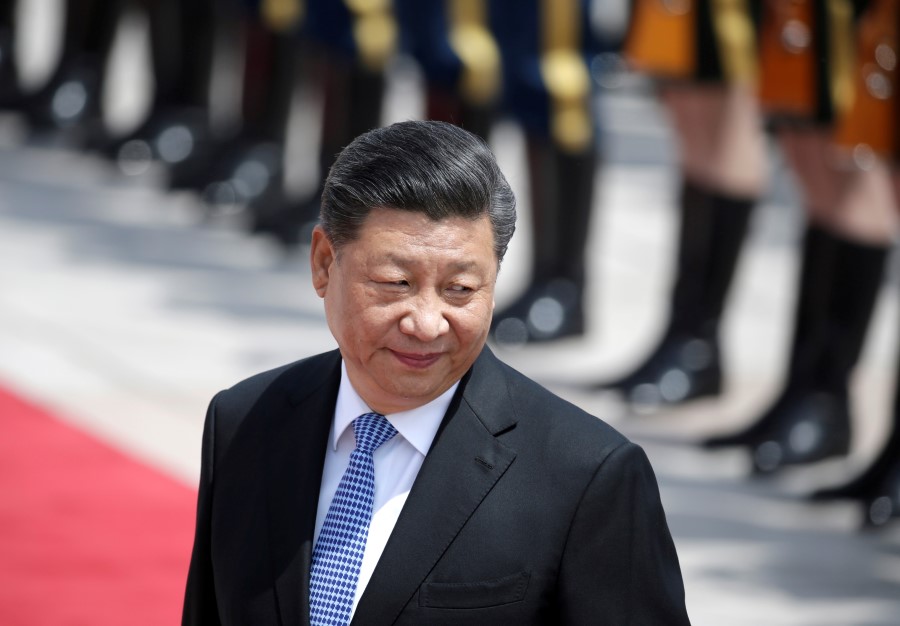 Chinese President Xi Jinping attends a welcoming ceremony for Greek President Prokopis Pavlopoulos outside the Great Hall of the People, in Beijing, China, 14 May 2019. (Jason Lee/Reuters)

Candice Chan - 30 January 2023
A mall in Shenzhen came under fire for putting up white lanterns with black text as part of its Chinese New Year decorations, while an “ugly” rabbit-shaped light decoration was removed from another mall in Chongqing. Academic Zhang Tiankan muses on tradition and innovation, and the evolution of traditional decorations.
Read more
Translated by Candice Chan on 25 August 2021

Analysts think the Chinese Communist Party (CCP) plans to get its political rhetoric into the hearts and minds of youths, in long-term preparation for China’s next stage of development as well as sustained China-US competition.

People’s Daily and china.org.cn reported that National Textbook Committee member Han Zhen said at a press conference on 24 August that the guide was systematically arranged and holistically designed for the overall integration of Xi Jinping Thought into the curriculum, with detailed specifications on various topics and subjects.

The Chinese Ministry of Education website on 24 August also posted a press release saying that the guide was rolled out in line with the central government’s future plans, and to nurture a new generation that can take on the mission of rejuvenating the nation. The text emphasised that studying Xi Jinping Thought is the primary political task of the party and country. “To cultivate the builders and successors of socialism with an all-round moral, intellectual, physical and aesthetic grounding and a hardworking spirit, we must arm students’ minds with Xi Jinping Thought.”

Apart from the core ideas, theories, and applications of Xi Jinping Thought, the guide also highlights that Xi’s innovative principles and major initiatives in his local work, as well as key speeches during inspections of local areas and schools, should also be part of the core learning content.

The syllabus in primary schools will sow the seeds of love for the country, CCP and socialism, while that in middle schools will help to establish a firm ideological foundation. The curriculum in high schools will focus on fostering a sense of identity and raising political awareness. Universities will work on turning students’ theoretical knowledge into strong beliefs, while postgraduate education will spur the spirit of dedicating oneself to the great cause of national rejuvenation.

Xi Jinping Thought education has to cover the national, local and school curriculum in various phases of basic, vocational and higher education, and be integrated with philosophy and social sciences as well as natural sciences and other subjects. It should also be linked to education on moral thought, cultural knowledge and social involvement, and be carried through at all levels.

According to the guide, Xi Jinping Thought will be integrated into the curriculum progressively, with each educational level having a different focus. The syllabus in primary schools will sow the seeds of love for the country, CCP and socialism, while that in middle schools will help to establish a firm ideological foundation. The curriculum in high schools will focus on fostering a sense of identity and raising political awareness. Universities will work on turning students’ theoretical knowledge into strong beliefs, while postgraduate education will spur the spirit of dedicating oneself to the great cause of national rejuvenation.

In 2017 at the 19th National Congress of the CCP, Xi Jinping Thought was formally proposed. Just as in Mao Zedong Thought and Deng Xiaoping Theory, the name of the country’s top leader has once again been added to a guiding thought of the nation, establishing the latest theoretical development of the CCP.

Over the past year, China has been facing increasing internal and international pressure. Domestically, in addition to the Covid-19 pandemic, the country also entered the crucial period of progressing from building a moderately affluent society in all aspects to building an all-round modern socialist country. Internationally, China-US competition has also brought about long-term challenges for China.

In conjunction with its 100th anniversary this year, the CCP has often pushed for ideological construction within the party as well as in the education system. Speaking at the launch of a campaign on party history learning and education among party members in February, Xi called for efforts to equip members with the latest theoretical innovations so that their political consciousness may be strengthened. In April, officials formally revised a set of regulations on the work rules for the party’s primary-level organisations in universities, so that Xi’s ideas would enter the textbooks, classrooms and students’ minds.

Analysts think that the CCP’s further cultivation of youth’s political awareness this time round is to enhance the younger generation’s recognition of the CCP, support for the CCP leadership with Xi at its core, and acceptance of China’s development path in preparation for domestic and external challenges in the long term.

Other analysts point out that as a segment of China’s public opinion is dominated by public intellectuals, the CCP hopes to win the support of the younger generation through formal education and regain their official speaking rights. This would allow the CCP to strengthen its cohesiveness with Chinese society and consolidate the CCP’s ruling power.

Related: The most outstanding of CCP leaders? | More Chinese youths proud to be associated with the CCP | 'Winner takes all' no more: China is ready to build the socialist regulatory state | [Comic] Chinese youths are like little red flowers