Academic Tham Siew Yean notes that Alibaba’s latest foray into Malaysia will bring a raft of e-commerce opportunities to the country. But there are concerns about its pervasive presence in the country and the possible impact on competition. 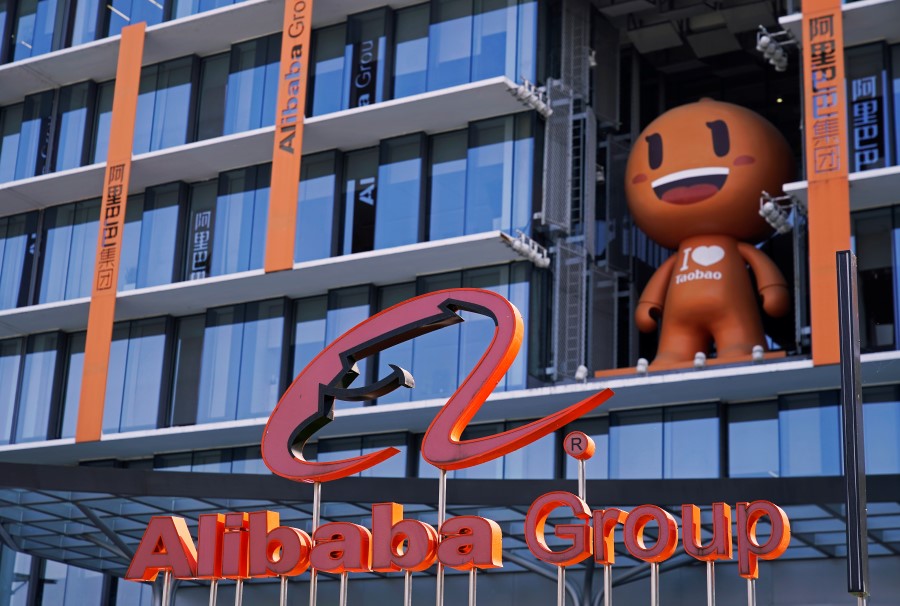 Candice Chan - 19 January 2023
The latest announcement of China’s first population drop in six decades has gained much attention, with concerns over the long-term implications for the economy and the community. How will this affect China’s GDP and its aim to overtake the US as the world’s biggest economy? Can China reverse the population trend?
Read more
Translated by Candice Chan on 11 December 2020

In November 2020, Malaysia’s e-commerce frontier expanded with the opening of a new regional e-fulfilment hub — the Cainiao Aeropolis electronic World Trade Platform (eWTP) Hub. Based in Sepang, the hub is a joint venture between Malaysia Airports (MAHB), a government-linked company which operates 39 airports in Malaysia, and Cainiao Smart Logistics Network (Cainiao), a logistics arm of Alibaba.

Reportedly, Cainiao has chosen five cities in the world for its global hubs. These are Hangzhou, Alibaba’s headquarters, Dubai, Kuala Lumpur, Liege and Moscow. The hub in Malaysia will facilitate single-day delivery within Malaysia for e-commerce operators and later, 72-hour delivery to the rest of the world. Presumably, Malaysia will be the hub for Southeast Asia, as there is no other hub planned for the region. The hub is poised to enable KL International Airport (KLIA) to be one of the leading distribution gateways within the region, thereby increasing Malaysia’s trade with the region. The eWTP hub in KLIA also serves as one of three international transshipment hubs across the world for the distribution of medical supplies, with the other two located in Belgium and Ethiopia during the Covid pandemic.

Alibaba’s investment in the eWTP represents its latest foray into Malaysia’s digital economy and expanding presence in the country.

MAHB gains from the partnership through a prospective increase in the utilisation of its largest airport (KLIA), cargo volume as well as land development around the KLIA. The facilities at the hub — such as cargo terminal operations (CTO), including an internal customs inspection point, warehousing, and sorting centres within the Free Commercial Zone (FCZ) — will improve connectivity and ease the entry and exit of cargo, thereby expediting e-commerce operations within the country as well as cross border e-commerce. Value-added services such as light manufacturing, assembly, sorting, picking, re-labelling and packing will also be provided at the FCZ.

Alibaba’s investment in the eWTP represents its latest foray into Malaysia’s digital economy and expanding presence in the country. Alibaba-owned Lazada, which is also one of the largest e-commerce firms in Southeast Asia, is the first to leverage on the new hub by setting up shop there. According to Iprice, a regional online shopping website, Lazada is the second leading e-commerce player in Malaysia. This is based on monthly web-visits, Apple AppStore and Google Play Store ranks. Shopee is currently the leader of the pack.

Ant Financial, an Alibaba affiliate which operates Alipay, was given approval by the Central Bank of Malaysia in 2017 to form a joint-venture with Touch ‘n Go.

Alibaba Cloud has also established a local data centre in Malaysia for servicing Malaysia’s emerging cloud computing needs. It has become one of the leading cloud players in Malaysia. It has partnered public agencies such as the Malaysian Digital Economy Corporation (MDEC) and Kuala Lumpur City Hall as well as private enterprises such as Air Asia and Resorts World Genting, in different endeavours.

Alibaba is also present in the rapidly growing e-wallet market, collaborating with Touch ‘n Go, the operator of the smart card used as the sole electronic payment system by Malaysian toll expressway and highway operators. Ant Financial, an Alibaba affiliate which operates Alipay, was given approval by the Central Bank of Malaysia in 2017 to form a joint-venture with Touch ‘n Go. The venture uses Alipay technology and platforms for operating Touch ‘n Go’s e-wallet service.

The opening of Cainiao Aeropolis eWTP hub introduces a host of e-commerce opportunities for Malaysia, including collaboration with local enterprises such as Pos Malaysia, a government-linked company, in last mile delivery. But there is also increasing concern over Alibaba’s pervasive presence in the country. For some, there are security concerns over placing an increasing quantum of data, including financial data, in the hands of a foreign enterprise. Others may have misgivings about the long arm of the state in China and the possible influence of Beijing over China’s enterprises operating in foreign lands.

Alibaba and other internet retailers have already been warned in China for anti-competitive behaviour such as forced exclusivity. Alibaba reportedly holds 60% of China’s online commerce market. Are there similar concerns in Malaysia?

However, in economic terms, can Alibaba foster growth and development in Malaysia? If we view Alibaba as just another multinational operating in the services sector, what is its contribution towards the broader development goals such as productivity growth and technology transfer? This is especially important given that government incentives have been given out to small and medium enterprises (SMEs) to participate in e-commerce platforms, including Lazada, for getting on board e-commerce and increasing e-commerce transactions. Although firm-level data is kept confidential in Malaysia, Alibaba’s size and presence in the country warrants a deeper analysis on the broader developmental concerns rather than a mere narrow focus on e-commerce alone.

Finally, a more important question is the issue of competition. Alibaba and other internet retailers have already been warned in China for anti-competitive behaviour such as forced exclusivity. Alibaba reportedly holds 60% of China’s online commerce market. Are there similar concerns in Malaysia? Does Alibaba hold a dominant position in Malaysia, and is it heading towards a dominant position in some segments of digital trade in the country? Will it crowd out smaller domestic players who do not have the same scale and scope to compete? Again, to answer these questions, more substantive firm-level data needs to be collected for checking and monitoring the development of competition in the e-commerce market. The upshot here: while Alibaba’s foray into Malaysia might be welcome, it behoves the government to look closely at the data and come up with firmer conclusions as to how the company’s presence might actually affect the country.