Seeing that stalwarts have kept their positions while new blood comes in the form of those who have law enforcement or political experience, pundits wager that Beijing may take a more hardline approach in the days to come. 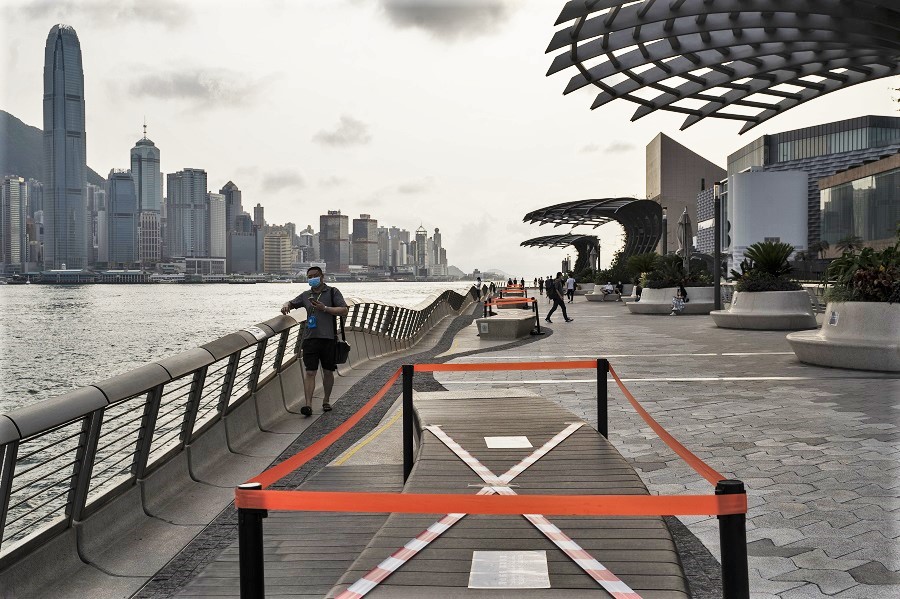 Grace Chong - 5 December 2022
Through the eyes of her cat Pudding, Beijinger Lorna Wei gives a snapshot of her daily life when her residential building went under lockdown last week.
Read more
Translated by Grace Chong on 23 April 2020

A major political reshuffle finally took place in Hong Kong ten months after the anti-extradition bill protests broke out in June last year. This reshuffle sees a change in the top leaders of five political bureaus. Various analysts point out that the backgrounds and designations of the newly appointed secretaries demonstrate the central government’s toughening stance towards the HKSAR.

Many viewed this appointment as a replacement of “administrative officials” with “military officials”, reflecting the central government’s wish to portray its overall jurisdiction over Hong Kong with the use of administrative police officials.

This name list is the same one that Hong Kong media rushed to report about on 21 April.

Among them, Tsang’s appointment as secretary for constitutional and mainland affairs drew much attention as he had originally helmed a disciplined service as director of the immigration department. He would become the first head of a political bureau who had no prior background in being a government official. Many viewed this appointment as a replacement of “administrative officials” with “military officials”, reflecting the central government’s wish to portray its overall jurisdiction over Hong Kong with the use of administrative police officials.

Lam responded at a press conference yesterday that “there is always a first to everything” and that they should not be “inhibited by convention” if a suitable candidate is found.

She emphasised that Hong Kong has always appointed officials based on capabilities and talent — the focus is on their vision, sense of responsibility, commitment to their work, and passion and not so much their technical knowledge. She believes that Tsang, who was in charge of 5000 to 6000 subordinates when he helmed the immigration department, satisfies these requirements.

Hong Kong Democratic Party member James To said that the first few people to go in any political reshuffle in Hong Kong should have been Lam, Secretary of Justice Teresa Cheng, and Secretary for Security John Lee.

Hong Kong politicians hold different views towards the political shake-up. Leader of pro-establishment political party Democratic Alliance for the Betterment and Progress of Hong Kong (DAB) Starry Lee said that Hong Kong has been experiencing high political tensions for quite some time, and is faced with three major challenges: the Covid-19 pandemic, violent protests, and deep conflicts within the society. With the people also dissatisfied with the performances of various officials, she believes that Lam’s decision to have a cabinet reshuffle is related to plans to enact policy change. She is confident that there will be a brand new outlook in the future.

However, Hong Kong Democratic Party member James To said that the first few people to go in any political reshuffle in Hong Kong should have been Lam, Secretary of Justice Teresa Cheng, and Secretary for Security John Lee. He added that if these three people were not removed, the people’s support would not be regained.

...a political reshuffle was done to strengthen the political vitality of Hong Kong in anticipation of future collaboration with the central government to tackle internal and external opposition forces. - Lau Siu-kai, vice president of the Chinese Association of Hong Kong & Macau Studies

James To also offered further criticism, saying that the only reason why officials with the lowest popularity and who had the most impact on Hong Kong’s overall situation were not removed was because the central government wanted to strengthen their leadership of Hong Kong and appoint the ones who were more loyal.

On the other hand, Lau Siu-kai, vice president of the Chinese Association of Hong Kong & Macau Studies, analysed that a political reshuffle was done to strengthen the political vitality of Hong Kong in anticipation of future collaboration with the central government to tackle internal and external opposition forces. He believes that Hong Kong would strengthen its civil service’s discipline and loyalty to the country and the Hong Kong government in the future with the support of the central government, and also tighten the qualification review of candidates in its three upcoming major elections.

As for not removing the officials criticised for the anti-extradition bill protests, Lau Siu-kai thinks that it is because the central government does not wish to let outsiders feel that the extradition bill was a mistake, or give in to opposing forces.

Taking the example of Hui’s appointment as secretary for financial services and the treasury bureau whilst being a member of the DAB, Yau said at a radio programme that the fact that the central government does not mind that the person overseeing Hong Kong’s financial system belongs to a political party reflects its intent to politicise the various government positions in Hong Kong. This is further proof of Beijing’s hardening stance towards Hong Kong.

At least 15 veterans and supporters of the opposition camp were arrested by the Hong Kong police on 18 April for their roles in last year's anti-extradition bill protests. Media tycoon Jimmy Lai Chee-ying, and prominent barrister Martin Lee Chu-ming were among those arrested.

Pro-democrat legislators believe that the arrests were done to quell dissent while political analysts agree that this signals that the authorities will take a tougher stance against pro-democracy activists. Establishment figures, on the other hand, believe the police's actions were not politically motivated.

Related: Beijing’s new man in Hong Kong Luo Huining: Is he the one? | Luo Huining's appointment: A shift in Beijing’s policymaking mindset | Who rules Hong Kong