Is China attempting to change the world order?

Even as China says that it is not trying to change the world order, its actions can be interpreted as suggesting otherwise. Chinese economics professor Zhu Ying traces how China has been influencing the world order, if not changing it. This aerial photo shows stars on the red beach caused by the red plant of Suaeda salsa forming a national flag in Panjin, in China's northeastern Liaoning province on 7 August 2020. (STR/AFP)

Candice Chan - 26 November 2021
Zaobao associate editor Han Yong Hong notes that while its objectives remain vague, the upcoming US-led Summit for Democracy is likely to reinforce “us versus them” divisions along “democracy versus autocracy” lines. Is this helpful? One thing for certain is that it has got countries, not least China, bolstering their narratives on democracy. How will the summit pan out?
Read more 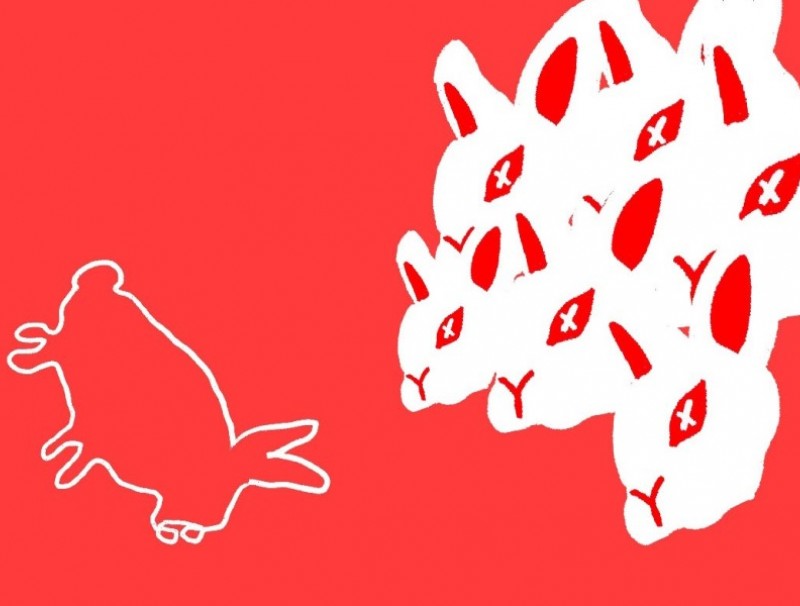 Candice Chan - 26 November 2021
Change takes awakening, courage and love. And it is painful. The sacrifices of the nameless will not be missed by those around them, and may even seem foolish. In the end, the nameless fall silent. But others will step up in their turn.
Read more 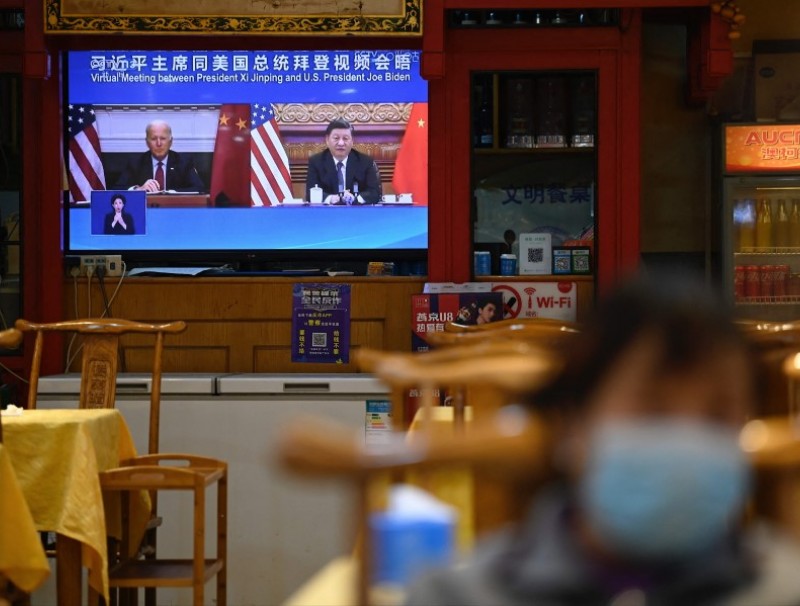 Candice Chan - 24 November 2021
ISEAS academic William Choong notes that amid intense China-US competition in domains such as trade, technology, security and values, there is much virtue for smaller states, particularly those in Southeast Asia, in upholding high principles and expressing a desire for a rules-based regional order. These elements, however, are premised on continued stability in Sino-US relations, which is not guaranteed, particularly given the increasingly entrenched positions of China and the US on the Taiwan issue.
Read more 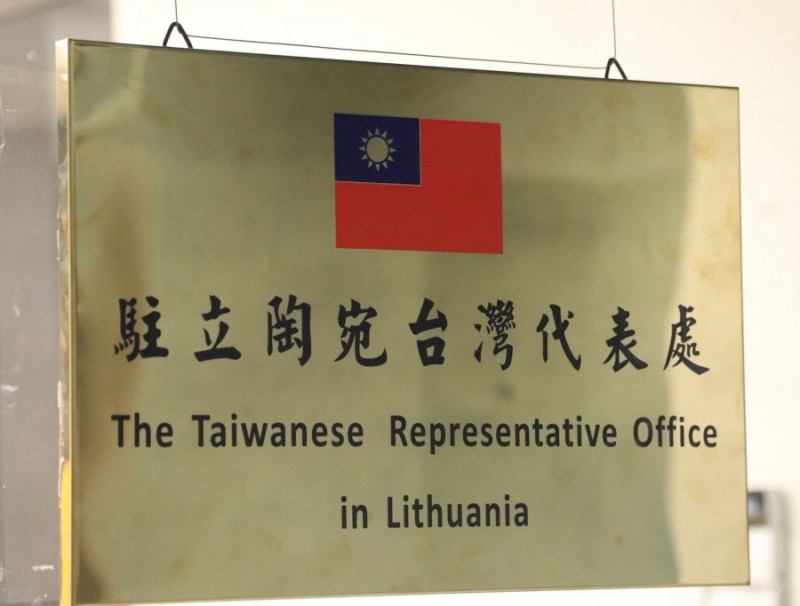 Candice Chan - 24 November 2021
Analyst Zheng Weibin says that the establishment of the Taiwanese Representative Office in Lithuania, with “Taiwan” rather than “Taipei” in its name, should not be looked upon by Beijing merely as Taiwan gaining diplomatic space. China needs to understand better the dynamics underpinning China’s relations with Europe and the shifts in the EU's foreign policy strategy. Taking a heavy-handed approach is likely to be counterproductive for the Asian giant.
Read more 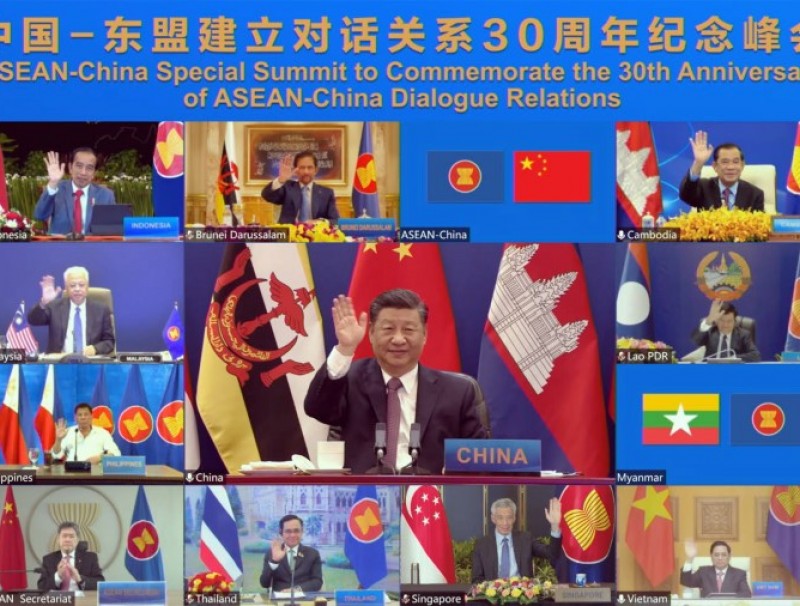 Candice Chan - 23 November 2021
The recent virtual summit commemorating 30 years of ASEAN-China dialogue relations was held without a representative from Myanmar, the second time in a month that Myanmar was absent from the ASEAN family. The Myanmar issue is likely to pull ASEAN on many sides in the days to come, but the fact that the summit went on and concluded with some deliverables speaks for the strength of ASEAN-China relations.
Read more
Translated by Candice Chan on 21 August 2020

The US considers the post-World War II world order its prerogative. The Cold War was sparked because the Soviet Union challenged the world order; now, whether the new Cold War between China and the US will happen depends on whether the US feels that China is challenging the world order.

George Frost Kennan was the first to raise a warning about the Soviet challenge to the world order, starting the Cold War mindset. As one of the creators of the US policy of containment towards the Soviet Union, Kennan is also known as the “father of containment”. His ideas had a long-term influence on US diplomatic policy, and any discussion of the Cold War has to start with him.

In 1933, Kennan was appointed as assistant and interpreter to William Christian Bullitt Jr, the US ambassador to the Soviet Union. During Kennan’s time in the Soviet Union, he grew mistrustful of the Soviet leaders. Between 1944 and 1946, he was deputy head of the mission in Moscow, and became the top Soviet expert in US diplomatic circles.

With the end of WWII came a fundamental change in the global situation. Kennan cited all he knew of the Soviet Union and proposed its containment; his infamous “long telegram” to the US State Department which later became the “X” article published in the Foreign Affairs magazine formed the preliminary basis of this policy.

In 1946, Kennan sent the long telegram — sometimes said to be as long as 8,000 words — to the US State Department. He proposed a long-term strategy of containment (without using the word) against the Soviet Union which was eventually adopted by the US government. Then in 1947, Kennan published “The Sources of Soviet Conduct” in Foreign Affairs magazine under the pseudonym “X”. That essay clearly stated that the US had to counter the Soviet Union with “long-term, patient but firm and vigilant containment of Russian expansive tendencies”.

Kennan felt there were two basic aims of US diplomacy: one, to safeguard national security without foreign interference, and two, to push for a world order where the US could make the biggest contribution to peace and orderly growth of other countries, optimise its own gains based on its experience and capabilities, and improve the lot of Americans. Post-war America was not looking for territory, but expansion of power, including establishing a US-led global economic order in the post-war global political stage, and promoting the American social system, values, and lifestyle around the world.

Kennan felt the Soviet Union was not yet a strong force, and following the war, it had no intention or ability to launch a military attack on the West. The political authorities in the Soviet Union were hostile towards capitalist countries, and were enemies of the US. Their motivation for expanding and spreading their ideology stemmed from Marxism as well as the insecurity of autocratic rule. Kennan’s solution was to compete with the Soviet Union based on values and constructive action, and not by force of arms.

Kennan concluded that the US had to contain Soviet political influence, and make the Western world more confident, vibrant, and united, and stop Soviet Communism from "seeping" to the West. Kennan's Cold War mindset was premised on Soviet expansion, which would challenge the US-led world order. His suggestion of containment was generally considered the basis of US strategy towards the Soviet Union. The history of the tussle between the US and Soviet Union proves that Kennan's initial warning was correct.

Seeing what China says and does

Second, the US's firm belief that China is challenging the world order is a signal of a new Cold War. China's diplomats have been stating that China is a firm defender of the world order. On 5 August, in response to a speech by US Secretary of State Mike Pompeo about China, Chinese Foreign Minister Wang Yi reiterated, "China is always a firm defender of the international order and the international system." However, going by Pompeo's line of “distrust and verify” (said during his speech at the Nixon Library in July), Wang's statement is useless.

US elites generally feel that Wang’s comments are an open admission that China wants to change the world order. They quote him when discussing the topic, and build on what he said.

This is because the US has also seen Wang's comments about building a new international order. In October 2017, Wang said: “...the major country diplomacy with Chinese characteristics aims to foster a new type of international relations and build a community with a shared future for mankind, which not only highly condenses the general goal China's diplomacy in the new era it pursues, but also shows the world the general direction toward which we hope to make joint efforts with other countries."

US elites generally feel that Wang’s comments are an open admission that China wants to change the world order. They quote him when discussing the topic, and build on what he said. On 13 March 2020, Nadège Rolland of US think tank The National Bureau of Asian Research testified before the US-China Economic and Security Review Commission in a virtual public hearing called “A ‘China Model’? Beijing’s Promotion of Alternative Global Norms and Standards”. She said, “What (China’s) leadership seems to envision is not the complete overthrow of the current system, but rather a two-pronged effort. It seeks to shape the existing international system from within by weakening or subverting its most challenging elements while at the same time carving out some space over which China will be able to exert more control.”

An example of shaping the existing international system from within is China’s influence on the UN, which China is proud of but the US sees as challenging the world order. Of the UN’s 15 specialised agencies, those currently headed by Chinese officials are the United Nations Industrial Development Organization (Li Yong, from June 2013), the International Telecommunication Union (Zhao Houlin, from October 2014), the International Civil Aviation Organization (Liu Fang, from March 2015), and the Food and Agriculture Organization (Qu Dongyu, from June 2019).

While China changes from within, it is creatively implanting the “China solution” into the international community.

China has brought the Belt and Road Initiative (BRI) to the United Nations Department of Economic and Social Affairs (DESA). The under-secretary-general for economic and social affairs, appointed by the UN secretary-general, is the head of UN DESA. Since July 2007, this post has been filled by officials from China. In September 2017, China and UN DESA signed a memorandum of understanding on the BRI, to boost cooperation between both sides, to help improve the situation of developing countries along the BRI, and drive the BRI and meet the target of sustainable development by 2030.

While China changes from within, it is creatively implanting the “China solution” into the international community. Embarking on the BRI, establishing the Shanghai Cooperation Organisation, the Asian Infrastructure Investment Bank, the New Development Bank, initiating the “17+1” Cooperation between China and Central and Eastern European Countries (China-CEEC), actively advocating cooperation between the BRICS countries, pushing for the internationalisation of the renminbi, pursuing industrial standards for the 5G network - China’s brand of multilateralism is apparent.

At the hearing where Ms Rolland spoke, David Shullman of the International Republican Institute said, “China is increasingly promoting its authoritarian ‘model’ of governance and development — robust economic growth under an authoritarian political framework — as a viable alternative to liberal democracy.” He added: “China is enshrining its own ideological concepts and foreign policy strategies into international statements of consensus, substituting Chinese concepts such as the ‘right for development’ and ‘internet sovereignty’ for universal values.”

On a government level, on 15 June 2018, US Secretary of Defence James Mattis said at the US Naval War College Commencement that China was “harbouring long-term designs to rewrite the existing global order. The Ming Dynasty appears to be their model…” And on 26 June 2020, James G. Foggo, then commander of NATO Allied Joint Forces Command and the US Naval Forces Europe-Africa, said that China’s BRI combines economic, diplomatic, military and political arms to change the international rules-based architecture.

As for Pompeo, he said in his speech at the Nixon Library in July: “If the free world doesn’t change — doesn’t change, communist China will surely change us.” This is in line with the Truman dichotomy of "freedom" versus "hegemony". Pompeo has become the classic example of Cold War thinking. And with this Cold War thinking,  the US has taken measures to limit China. How could a new Cold War not happen between China and the US?

Related: China wants a multipolar world order. Can the world agree? | 180 years later, China is still an outsider to the Western-led world order | In a world split apart, where do you belong?