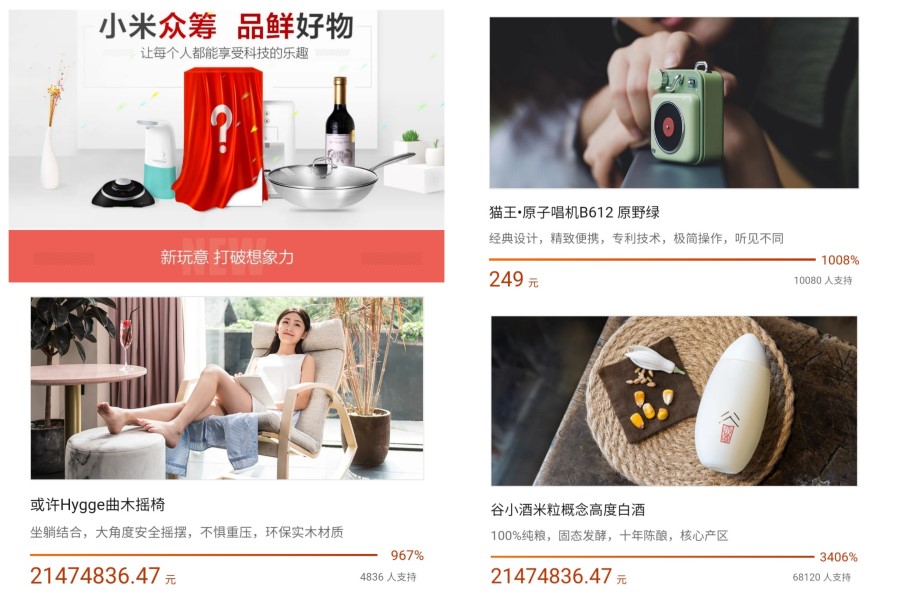 Candice Chan - 12 May 2021
With China's increasingly strong rhetoric on its core interests and its criticism of Japan's recent diplomatic moves, Japanese academic Tomoki Kamo takes stock of China-Japan relations and moves that Japan might make in its overall strategy.
Read more

Candice Chan - 11 May 2021
Every day, scores of young people from small cities or farming villages make their way to big cities to find work. Inhabiting the space between their old and new worlds, they find kinship and cultural affinity in online groups, forming subcultures that have emerged as alternatives to the mainstream. While this widens their network beyond their usual social circles, it has also spawned a form of online tribalism. How does this affect their worldviews and interactions online and offline? Wu Guo explores the topic.
Read more

Candice Chan - 11 May 2021
Even as China embarks on various infrastructure projects, how many of these projects are actually useful, or bring real benefits to the people they are supposed to serve? Are all of these projects truly worth the money and effort invested? Commentator David Ng takes a closer look at a "white elephant" tram system in the Greater Bay Area and considers the issues involved.
Read more 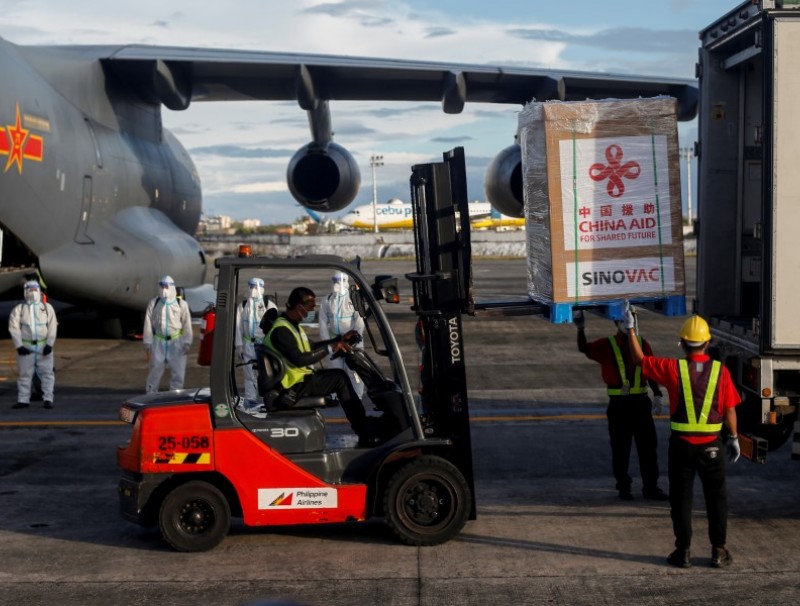 Candice Chan - 11 May 2021
The Covid-19 pandemic provides a window of opportunity for China to exert its international leadership and influence. It has managed to turn the crisis into a diplomatic and strategic opportunity in mainland Southeast Asia and elsewhere. Public health diplomacy has become one of the key sources of China’s soft power projection, enhancing China’s image and influence. Cambodia and Laos have been most receptive to China’s public health diplomacy, including its vaccine diplomacy, while Thailand and Myanmar also have welcomed Chinese assistance. But Vietnam has been reluctant to endorse China’s Covid-19 assistance, including receiving Chinese vaccines.
Read more

Candice Chan - 10 May 2021
China’s latest population census was completed late last year, but the results will only be announced on 11 May, pushed back from early April. Some speculate that the delay is due to sensitive findings such as the severity of the declining birth rate. Is China facing a demographic crisis and how will the government seek to balance population challenges and economic growth? Yu Zeyuan throws up some possibilities.
Read more
Translated by Candice Chan on 8 April 2021

Many people underestimate the significance of live-streaming e-commerce and think it is just a more sophisticated version of TV commerce. In fact, live streaming e-commerce is significant in macroeconomic terms, because it expands the reach of new product information to users through a combination of short video clips and live broadcasts. In turn, such a business model can widen a country’s product spectrum and indirectly increase its business competitiveness.

Whether traditional TV advertisements or targeted e-commerce ads, the time for passive reception by users is just three to eight seconds (the average view time for app open ads and video roll ads is also just a matter of seconds), and many users scroll away as soon as they see an ad. Even soft advertising inserted in TV programmes generally only has an air time of 10 to 20 seconds. Such a level of publicity for new products has very limited impact. This is also why in the era before e-commerce, rolling out a game-changing new product often involved an expensive and aggressive publicity spiel, coupled with the traditional advertising blitz. Only an adequate publicity blitz would get users interested in reading about the product.

When product introductions are live-streamed, vertical live streamers and trusted streamers can sustain one minute of their users’ attention, stretching it to three to five minutes for short product videos.

Holding on to consumers’ attention for at least a minute

Live-streaming e-commerce is an important model that officially lowers the threshold for the marketing of new products. First, there are “vertical” live streamers who are generally experts with deep industry knowledge, known as influencers on “we-media”. They churn out knowledge, products, and reviews in a particular genre, and their followers are mainly fans of that genre, whose trust they gain through content production. And in live streaming e-commerce, this trust translates into how long users are willing to spend watching product introductions.

When product introductions are live-streamed, vertical live streamers and trusted streamers can sustain one minute of their users’ attention, stretching it to three to five minutes for short product videos. Such an attention span greatly improves the quality of product introductions while making it easier to gain seed users or early adopters. At this point, let us take a look at the figures for Mi Crowdfunding by Xiaomi, for a more concrete analysis.

Crowdfunding is currently the easiest method used in the Chinese market to produce new items.

Mi Crowdfunding mostly features new products from the Internet of Things (IoT). “Crowdfunding” already indicates that the products are only in the design phase and have not yet been manufactured — interested buyers have to first come up with the money before production begins on the designs. Crowdfunding is currently the easiest method used in the Chinese market to produce new items.

Live-streaming e-commerce the lifeblood of crowdfunding

Before the rise of live-streaming e-commerce, success rates on Mi Crowdfunding were low, but after its advent, almost all products have been successful. This writer’s research team found that between 2019 and 2020, out of the top 30 successfully crowdfunded new products, 14 were recommended by the top ten live-streamers such as internet celebrity Luo Yonghao, Austin Li Jiaqi (known as the “King of Lipstick” in China), and actor Michael Chen He, while 26 were recommended by different live-streamers.

In the above case, successful crowdfunding is judged by the ratio of final orders received against the minimum orders required to go into production; the higher the ratio, the higher the market acceptance of this upcoming product.

And out of the top ten most successful crowdfunded products, only one had not been recommended by live-streamers. It is clear that live-streaming e-commerce is now deeply embedded in the crowdfunding business model for new products, and has played a key role in the process.

When it comes to a country’s business network, the easier and more efficient it is to come up with new products, and the wider the selection, the higher that country’s business competitiveness. Since World War II, the three traditional economic powerhouses —  the US, Japan, and Germany —  are all major product economies, particularly the US. Practically every era-marking product has come from the US, from industrial assembly line-produced automobiles, to personal computers, to mobile phones, to today’s smartphones.

Right now, the whole world is at the beginning of the IoT era. The rise of a business model like live-streaming e-commerce will definitely give rise to “killer” products of the IoT era, and the product competitiveness of China and the US in relation to other countries may well strengthen even more in the foreseeable future.

Related: How China is leading in the live-streaming e-commerce world | If 4G = short-form videos, 5G = a different reality | "First stores" and "China cool": A new era in Chinese consumerism Technology
China's going full speed ahead on technology innovation. Will it work? 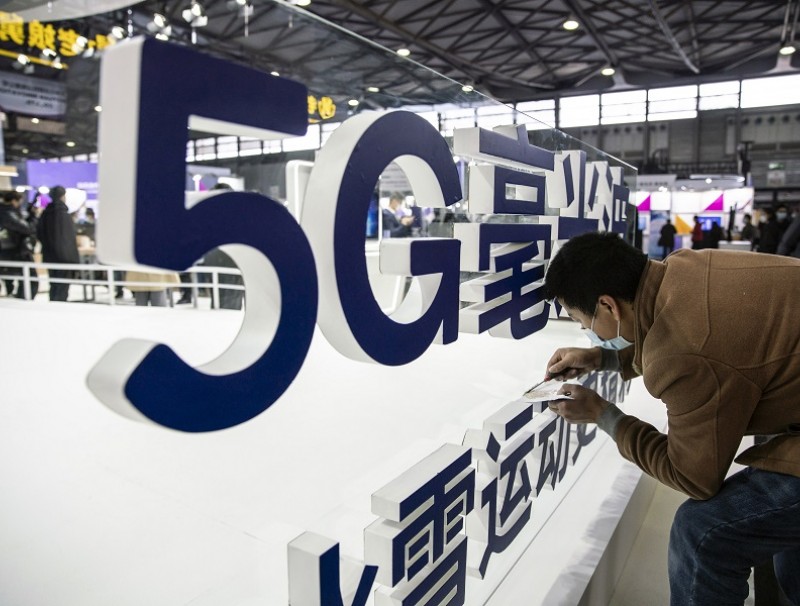 Technology
Has China surpassed the US in the 5G race?

China's going full speed ahead on technology innovation. Will it work?

Amid intense technological competition with the US, China is more determined than ever to... Amid intense technological competition with the US, China is more determined than ever to be self-reliant in core...