Cultural historian: How the art of flattery in ancient China has endured the test of time

A young teacher is disillusioned by the instances of pai ma pi (lit. patting a horse’s butt) he sees at work. Cultural historian Cheng Pei-kai, who has seen some of such behaviour in academia, commiserates with him, noting that the practice of flattery and fawning over higher-ups has a place in Chinese history. Generations of ancients indulged in such behaviour, sometimes for survival and sometimes to get ahead. Centuries of practice later, they became very good at it indeed. 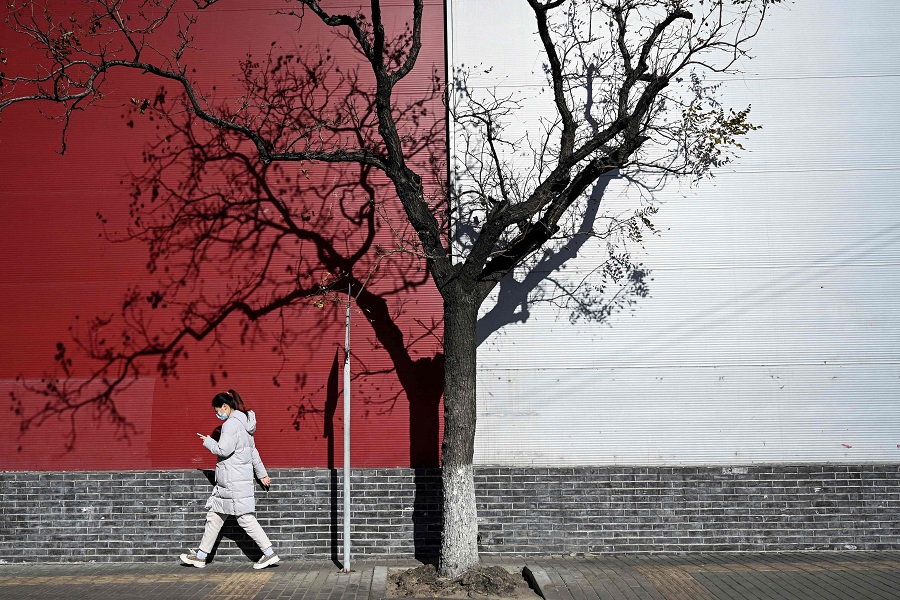 Grace Chong - 30 January 2023
Amid ongoing tensions, a high-level visit by US Secretary of State Antony Blinken to China in the coming week shows hope for improved relations between the two economic powerhouses. Zaobao correspondent Yu Zeyuan notes that while the meeting may not produce practical results, it is a much needed exchange to manage and control China-US relations from worsening.
Read more
Translated by Grace Chong on 13 December 2021

Recently, a friend’s nephew who teaches Chinese at a middle school has been saying that he wants to resign and never be a teacher again. “Why?” we asked. Not because of incompetence or the worry that he might not be a good teacher, he said, but because of incidents at his school which have made him feel embarrassed and unworthy to be called a teacher.

“Everything,” he replied. “Everything makes me feel uneasy and everyone has thick skin and indulges in flattery (拍马屁, pai ma pi, lit. “patting the horse’s butt”).”

We asked him to tell us the details.

Bootlicking culture in schools and academia

He said, “At a school affairs meeting, the principal said that the students are weak in English and need to work harder in this area. All the English teachers stood up at once, thanked the principal for his instructions, and promised that they would work harder to bring honour to the school. The Math teachers even suggested that everyone could carve out some of their teaching time to teach English grammar.

“The principal then said that the education bureau’s review has made him so busy that he could not find time to supervise the students’ academic performance. A teacher immediately said, 'The principal is wholeheartedly dedicated to his duties and striving for the benefit of all even at the expense of his own losses and gains. He is our role model.' Another teacher chimed in, 'Principal, you must remember to take care of yourself. For the sake of the school, students and society, you must not overwork. We need the principal's leadership and guidance at all times. Only when the principal is healthy can we provide a good education for our students.'”

My friend’s nephew lamented, “How can I stay in such a ridiculous environment?”

My friend replied, “You’re too young. You don’t understand how hard life is. Those teachers dare not offend the principal because they are afraid of losing their jobs. If that happens, how would they feed their family?”

Actually, it is the same with universities. There is a British associate professor in our faculty who praises our department chair every day. Whenever there is a department meeting, he would say “yes” to everything our department chair says, with a smile plastered on his face, like a cloying cream puff overflowing with custard. His gaze would be fixed on our department chair and nobody else. He looked like a dog watching its owner approach with food — he was beaming from ear to ear with endless loyalty and gratitude. At the end of the semester, he even suggested that the entire faculty sign a letter of commendation to be concurrently sent to the principal, University Grants Committee, the chief executive, and various newspapers and media in Hong Kong. Later, we found out that he was fired in the UK for plagiarism and had come to Hong Kong to find a job because he had no choice. To travel all the way here for a job and to be subservient to this extent is actually quite sad.

17th century English dramatist George Chapman once said, “An Englishman, being flattered, is a lamb; threatened, a lion.” These were the words of a 17th century Englishman in the era when the UK defeated Spain’s “Invincible Armada”, and was expanding its global influence and establishing British hegemony.

The British of the 21st century have gone through the mill and become like the character Ah Q in Lu Xun's novel, only capable of harking back to the achievements of their ancestors. They no longer hear flattery and when they hear threats, they do not behave like lambs. Instead, they are more like fearful rabbits.

Flattery has existed since time immemorial in China and elsewhere. There have been countless sycophants in history as well. The ancient Chinese upheld the etiquette of honouring the elderly and never called their masters or elders by their name; some people would intentionally lower themselves to flatter powerful officials.

One must not recklessly pat a horse butt, for if you accidentally pat its leg, it might kick you to death.

It is said that Feng Dao, an official during the Five Dynasties and Ten Kingdoms period who served five different imperial houses, was a master of the art of flattery. He kept his position as the grand chancellor as emperors and imperial houses came and went. He was known as Changle Lao (长乐老, lit. an old man who enjoyed perpetual happiness).

There were also plenty of obsequious admirers among his retainers (门客, people who lived as dependents under a noble, official, or powerful landlord) and some were even better at flattery than Feng, which is pretty ironic. One day, a retainer was asked to speak about the Dao De Jing (Tao Te Ching《道德经》); the first chapter opens with: “道可道, 非常道”, which means: “The Dao that can be trodden is not the enduring and unchanging Dao”. Because of the three mentions of the word dao in this sentence alone, which happens to be the same character as Feng’s first name, it was taboo to utter the word. In the interests of flattery, Feng’s retainer dared not say the word dao, which has several meanings in Chinese, including “the Way” and “to say”. So, this retainer instead said, “I dare not say, I truly dare not say, I really dare not say!” (不敢说，可不敢说，非常不敢说。)

Late Ming dynasty novelist Feng Menglong once recorded the following joke: A xiucai (秀才, a lower-rank scholar) passed away and went to meet Yanluo Wang (阎罗王) in the underworld. Yanluo Wang farted and the xiucai bowed and made this flattering statement, “Ah, my great king who lifted up his precious bottom and let out a fart. It sounds like an orchestra and smells like orchids and musk.” Yanluo Wang was greatly pleased by what he had heard, and extended the xiucai’s life for another year. A year later, the xiucai returned to the underworld and Yanluo Wang had just adjourned an imperial court session. His subordinates came to report that a xiucai had come. When Yanluo Wang asked who it was, his subordinate answered, “That xiucai whose mouth was full of bullshit.”

After my friend’s nephew heard all these stories about bootlickers, he was furious. “Intellectuals are all bootlickers! I’m out!” he said.

“What will you do after you resign?” I asked.

“Go speculate on stocks! At least I wouldn’t be patting a horse’s butt,” he replied.

Related: Woman traveller of the Qing dynasty Qian Shan Shili: Education is the bedrock of a nation | Yuelu: 40 years of longing for a thousand-year-old Chinese academy | Lost in translation: What has become of university education in Hong Kong? | Cultural historian Cheng Pei-kai: My English teacher called me Pei-kai Cheng