Lost in translation: What has become of university education in Hong Kong?

When cultural historian Cheng Pei-kai is tasked to use the English language to teach Chinese literature to Hong Kong students, he questions if it is all a ploy to help students improve their standard of English. Such a shame it is then, how gems of China’s precious literary and cultural heritage are withered away in every nuance lost in translation. 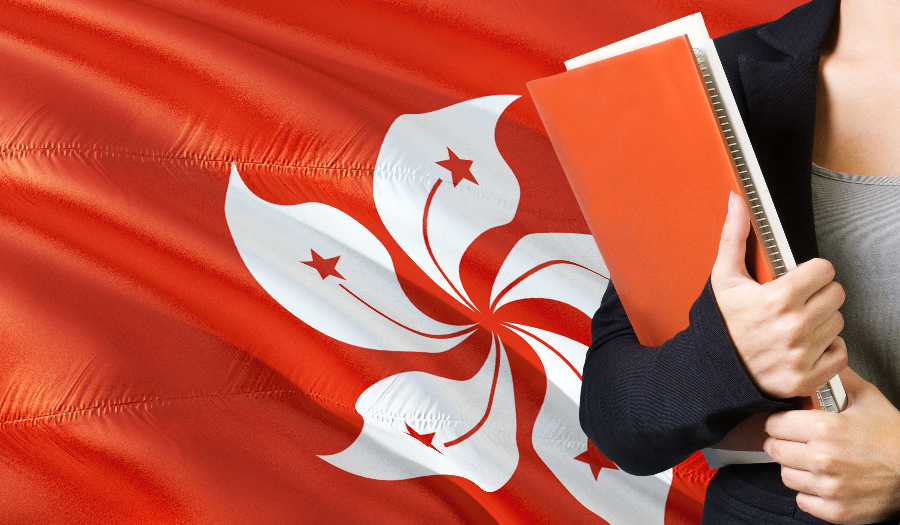 Hong Kongers should be effectively bilingual, but the majority of university students are failing English, consistently getting the ‘D' and ‘E’ grades. What has become of university education in Hong Kong? (iStock)

Grace Chong - 21 June 2022
In pursuit of better working conditions, China's post-00s generation has gained a reputation for being newbies who are difficult to manage and who show their superiors little respect. While those who go to extremes may be in the minority and some admire their brave fight for workplace rights, ultimately, they may be putting their job prospects in jeopardy.
Read more
Translated by Grace Chong on 23 December 2019

My university has launched a new general education module called “Cultural China” (文化中国). In line with its efforts to internationalise and obtain a higher university ranking, the faculty made it compulsory to teach it in English. Fashionable as it may sound, this decision drew much flak from my colleagues, who cast doubt on the rationale behind using substandard English translations of quality Chinese teaching materials to teach Chinese culture to a class of Chinese students.

The school explained that Hong Kong is an international metropolis and both Chinese and English are the official languages. Hong Kongers should be effectively bilingual, but the majority of university students are failing English, consistently getting the ‘D' and ‘E’ grades. So what should we do? We ought to strengthen their command of English and make it mandatory for all lessons to be taught in English. Only then can we achieve internationalisation, and be on par with the UK and the US. Only then can we continually climb the British-designed university ranking system and build a world-class university.

In order to know how we should go about teaching “Cultural China” in English, the entire Chinese department got into a heated discussion. My colleagues were all extremely knowledgeable — from the oracle bone script (ancient Chinese divination script inscribed on animal bone or turtle shell)  to The Origin of Writing (《文始》Wenshi), Zhang Taiyan’s phenomenal work on Chinese etymology, to the classics such as Book of Songs (《诗经 》Shijing) and Songs of Chu (《楚辞》Chuci) or works by Lu Xun and Eileen Chang — there was nothing they didn’t know. They each had amassed great insights in their area of expertise, but all considered the module a scary and dangerous path to embark on. None of them wanted to teach it.

Somebody said, “I’m a lecturer trained in the Chinese department. My research interests lie in the study of poetry from the Tang and Song Dynasties. I have even published two books on the subject matter, but if you want me to use English to teach Tang poetry, how can they be clearly explained? I’m no expert in translation studies — how do I teach Du Fu’s Eight Poems to Autumn (《秋兴八首》)?”

He continued, “You take the phrase ‘玉露凋伤枫树林，巫山巫峡气萧森。’ (Autumn’s frost tramples the maple trees, and thick fog engulfs Wushan and Wu Gorge). The bleakness and frostiness, the endless fog encircling the earth in autumn weather — such emptiness is succinctly expressed in a mere 14 words. How do you say that in English? How about the first line of the poem: ‘玉露凋伤枫树林 Jade-like dew damaged maple forest?’ Du Fu’s writing style is known for its meticulous choice of words and tight rhythm and rhyme structure. His poems are powerful yet delicate, with carefully chosen words that meld together to form an exquisite imagery — it is no wonder Du Fu wrote that he insists on a ‘painstaking preparatory work before penning poems’ and has an ‘eccentric nature of only using words that expresses his feelings to a T, and not resting until he pens something absolutely phenomenal’. If you want me to use English to describe Du Fu, what will become of him? How will the students understand Du Fu’s self-acclaimed attainment of ‘rhythmic perfection in his golden years’?”

He didn’t mince his words as he went on, “It’s not that I refuse to teach; I don’t have the ability to. It’s not that I don’t want to; I simply can’t. Even if I were to teach, nothing would come out of it. To break our ancestors’ bones and use them as tools to hawk along the streets just to please the Westerners, improve the university’s ranking, and aid in our students’ employability so they can say ‘I have studied Du Fu’ when they’re interviewing at a multinational corporation, is simply not my forte.”

Someone else also lamented: “I’ve studied Buddhism all my life and even learnt ancient Indian languages — Sanskrit and Pali — to fully understand and grasp Buddhism’s development and change, as an approach to academic research. If you want me to use English to teach Chinese Buddhism, sure, I can do that. But can the students understand any of it?”

He added, “For example, the familiar Goddess of Compassion (观音菩萨 Guanyin) is actually called Avalokitesvara Bodhisattva; Amitabha (阿弥陀佛) should be Amitabha Buddha, Dacheng (大乘, a branch of Buddhism) is Mahayana, and the Huayan Jing (华严经, Flower Garland Sutra) is actually Avatamsaka Sutra. If I were to use English to teach Chinese Buddhism, the terms and concepts that were once familiar to the students instantly become unfamiliar. They can’t understand what’s taught and would be confused throughout the lesson. What’s the point then? Are we teaching English, or creating difficulties in their learning and dampening their interests in Chinese culture? The purpose for teaching Buddhism is to let students understand the long-lasting impact that Buddhism has on China, discover the many areas of their thoughts that are influenced by Buddhism, and help them to understand themselves and their cultural environment better. We don’t teach Chinese Buddhism just so they can preach overseas, so why do we even need to teach it in English?”

In the midst of all these complaints, the module is already set in stone. Someone has to teach it, but who will? My colleagues came up with a democratic approach to solve this problem: recommend someone who’s studied abroad to chair the module. There was someone who studied in England and majored in sociology, in charge of teaching Chinese society and family structure. Another colleague studied in America and researched the history of sino-foreign exchanges. He can teach anything from China history, Sino-Western cultural exchanges to the Belt and Road Initiative. What about Chinese language and literature then? It’ll really take a learned fellow to teach the progression of the Chinese script, ancient literature, and the rich melancholic imagery of the sea, the moon, the mountains, the pearls, and the tears in Jin Se (《锦瑟》, lit. an exquisite zither) by Li Shangyin, a Chinese poet of the late Tang Dynasty  — all in English. Chairing the module is definitely not for the faint-hearted.

My colleagues looked at me and said, “Didn’t you teach Chinese culture in the US for 20 years? Why don’t you adopt that same teaching method and use the Hong Kong students as guinea pigs for this teaching style? Even if they’re lost, perplexed, or confused, at least you improved their standard of English and let them enjoy an American-style education. And then I realised: oh, what they really wanted me to teach was English; Chinese culture was but a nicer way of packaging the module. What has university education become? Where will this all end? I dare not imagine.

I taught the module for one semester — the students’ command of English was literally non-existent. Not only that, they knew nothing about Chinese culture. It was torture. I could only share historical stories such as how Sima Qian (Chinese historian from the Western Han Dynasty) persisted in writing the Records of the Grand Historian (《史记》) despite being castrated; or talk about the story of Yang Guifei in Song of Everlasting Hatred (《长恨歌》Chang Hen Ge), and The Palace of Eternal Life (《长生殿》Chang Sheng Dian), which were well-received by the students. But, I’m increasingly worried. Alas! Such is the state of university education in Hong Kong.