07 May 2021
By Cheng Pei-kai
Cultural Historian

Cultural historian Cheng Pei-kai recalls his study tour in Dehua county sampling tea as he visited dragon kilns and pottery workshops. He was delighted to extend warm hospitality to a Chinese-speaking Dutchman who was there to learn about Dehua porcelain and Anxi tea. 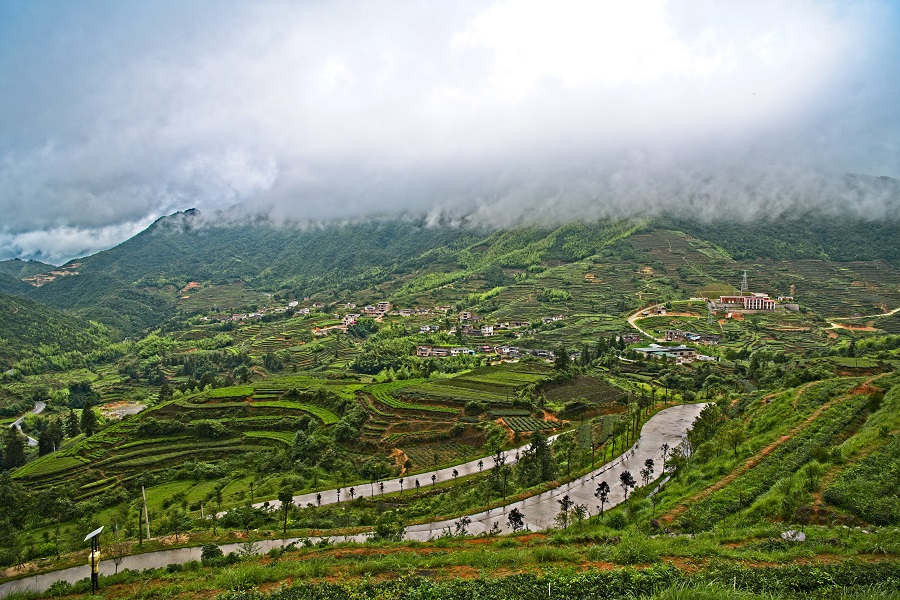 Grace Chong - 10 August 2022
Academic Ngeow Chow Bing takes stock of the "one China" policy of Southeast Asian countries, noting changes in interpretations over the years and their subtle differences from China's "one China" principle and the US's "one China" policy. He warns that US House Speaker Nancy Pelosi’s visit to Taiwan has exacerbated cross-strait tensions and could further limit Taiwan's international space in Southeast Asia.
Read more
Translated by Grace Chong on 3 May 2021

When I was in Dehua county studying dragon kilns, I noticed a Caucasian man by the roadside, intently observing traditional earth pit kilns. It seemed like he was also on a study trip like me.

I walked over to ask if he was there to research kilns. He said no but expressed a deep interest in ceramics and tea. He said that he had come all the way to Fujian from the Netherlands in the hope of learning more about Dehua porcelain and Anxi tea.

With his well-coiffed head of brown-black curly hair, this tall Dutchman looked like he had just walked out of a hair salon. He had an average build, a ruddy complexion and bright big eyes. He wore a polite smile and was decked out in a T-shirt, cargo pants and a pair of flip flops. Which part of his attire let on that he was there to do fieldwork? He looked more like a tourist in Hawaii, ready to take a dive in the ocean.

After we spoke for a bit, I realised that he was proficient in Mandarin and even more fluent in English. He also taught Chinese at Utrecht University. “How did you know about Dehua and Anxi?” I asked.

He told me that back in Holland, there was a tourist map that introduced the tea capital and various ceramic-producing regions of China. It stated that Dehua was known for its ceramics while Anxi was the place to go for tea. He also wanted to visit Wuyi Mountain, Yixing county, Jingdezhen, Hangzhou and so on, as he felt that he would gain a better understanding of China’s pottery and tea production processes after visiting all the places on the map.

After talking further, I learnt that he had graduated from the Chinese Studies department of Leiden University and was a student of a few of my old friends. He had even studied the Chinese language for two years in Beijing and was deeply interested in Chinese culture. He embarked on this summer vacation deciding to take a self-guided trip starting from Xiamen, Fujian. From there, he planned to head to Jiangxi and various regions across Jiangnan. I said, “It’s your lucky day. We’re heading to Anxi this afternoon. Come join us!”

Beside the dragon kiln was a pottery workshop where a few young people were making pottery on the wheel. Their artistic creations, mostly teacups, sat on the shelves, beautifully glazed and tastefully done. I asked if they were for sale. “Yes,” they happily replied. I picked up two small teacups that were elegantly and evenly glazed and put them aside. They were of a traditional style, but had a unique design that reflected the vitality of their young creators.

I then saw a few pea-green conical tea bowls that were rustic yet refined; they looked like they would fit right into a tea appreciation scene in one of Ming dynasty Chinese painter Wen Zhengming’s paintings. My wife said that the bowls looked beautiful but why were there only three of them? I combed the entire workshop like a detective on a mission to the countryside, eventually finding ten similar-styled tea bowls and ten blue and white porcelain saucers from the late Qing dynasty. We were extremely satisfied with our find, and decided to give up the two teacups we originally set aside. The Dutchman picked them up instead, saying that he was going to buy them. Everyone left the pottery workshop with something in hand, smiling and beaming with happiness as we went.

In the afternoon, we went for lunch at a ceramics institute with the Dutchman in tow. My friend who received us at the school pulled me aside asking, “Who is this Caucasian?” I replied, “Oh, I picked him up from the roadside. He’s quite easy-going, I thought we could have a meal together.”

My friend broke out in laughter, saying that it reminded him of a nursery rhyme he used to sing when he was little: “There was a screw cap by the roadside. Brother went to school and he saw it, saw it, saw it…” He applauded me for simply “picking up” a Dutchman from the streets. So, we had a meal together sampling braised pork, local “bitter vegetable” (苦荼菜) and large intestine soup, stir-fried daylilies, stewed mutton, and Dehua seasonal speciality mushrooms (麻丝菇).

I asked the Dutchman if these local dishes were to his liking? He exclaimed that they were absolutely delicious and much more delicious than Dutch cuisine. “What are some of the best dishes in the Netherlands?” I asked. “Raw herring with chopped onions. Nothing else,” he replied.

After lunch, we drove back to his hotel in our SUV to pick up his big backpack before heading off on our kiln study tour. We visited two kiln sites in Dehua then drove on for over an hour on mountain roads before arriving at Anxi. We first explored the Kuidou kiln site, then the former residence of Li Guangdi (early Qing dynasty Grand Council), and the Anxi Confucian Temple. Both of them are historic sites dating back to the Kangxi Emperor’s reign. The Dutchman tagged along with us the whole way. We asked our friends from the local museum to find accommodation for him. After our tour, we feasted on Anxi local delights with our Dutch friend. Our dinner menu: Hutou rice noodles, salted bamboo shoot buns, crystal vegetable dumplings, white rice cakes, braised spareribs, Muscovy duck soup, blood sausages, and meatball soup with egg. We had a hearty meal, and the Dutchman was in even higher spirits than us.

After our dinner, my friends arranged accommodation for the Dutchman in Anxi and for him to try the local Tieguanyin tea the next day. As we parted ways, he reluctantly bid us goodbye, telling us to look him up if we ever visited the Netherlands. I thought to myself, “When in the Netherlands, I guess we wouldn’t be picked up on the streets and be greeted with such hospitality. We would most probably have to go Dutch!”

This article was first published in Chinese on United Daily News as “捡了一个荷兰人”.

Related: Are the Chinese truly collecting art? | Professor Littlewood and his love for Chinese opera | East Asian literati, Korean rice wine and writhing octopus tentacles | How to drink tea like an ancient Chinese