Huawei CFO Meng Wanzhou: Politics rather than law may decide her fate

18 Aug 2021
By Wang Jiangyu
Professor of Law and Director of the Centre for Chinese and Comparative Law, School of Law, City University of Hong Kong

Wang Jiangyu says Huawei CFO Meng Wanzhou has reason not to be optimistic about her court case regarding extradition to the US on charges of alleged bank fraud. While the Canadian court has raised some contradictions in the arguments of the US side, political factors may come into play. 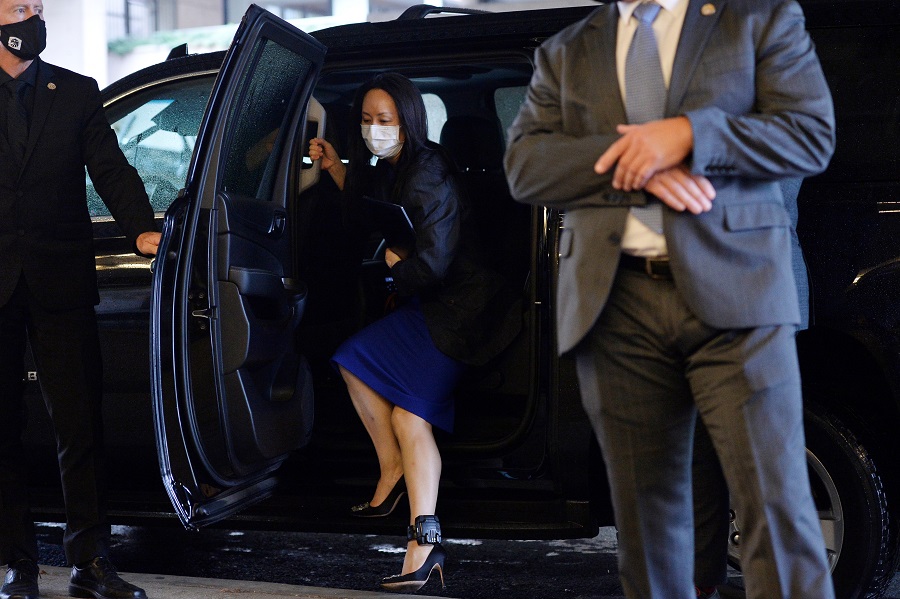 Grace Chong - 23 November 2022
US academic Wu Guo looks at the recent online furore over the mushrooming of state-run communal canteens in China and offers his views from the US. While providing food for the needy should be part of the state's responsibility, there should also be space for civil society, private enterprises and the public to play a role to create kind and healthy communities.
Read more
Translated by Grace Chong on 18 August 2021

Huawei CFO Meng Wanzhou’s extradition case in Canada may see a result very soon, as the judge in charge of this case in the British Columbia Supreme Court will give a first-instance decision in a few weeks. The US charged Meng with fraud for allegedly misrepresenting Huawei’s relationship with Skycom Tech Co. Ltd (a company that operated in Iran under Huawei’s control) to HSBC in order to maintain the latter as its servicing bank.

Since Meng’s arrest in Vancouver in December 2018, the case has gone on for more than two and half years. Meng has been placed under house arrest and wears an electronic monitoring device. Canadian politicians have constantly stated that everything about the case is in accordance with the rule of law since Canada has an independent judiciary that functions without interference by politicians. This argument can hardly be accepted in China to some extent for good reason.

In China and many other countries, the widely held belief is that this extradition case was engineered and manipulated by the US for the purpose of undermining or even sabotaging Huawei, one of China’s most promising high-tech firms. Huawei is developing technologies that may enable China to excel in the competition for tech dominance between the US and China. Trump’s own open remarks about using Meng Wanzhou as a bargaining chip to gain advantages in US-China trade negotiations made a convincing presentation, at least to the ears of many in China, about the role of the US government in building up this case.

In addition, media coverage of the trial of Meng Wanzhou revealed many procedural irregularities and violations of Meng’s human rights under the Canadian Charter of Rights and Freedoms. It will be up to the court to decide whether the violations would constitute an abuse of process and hence render the detention of Meng unconstitutional under Canadian law.

Canadian court may send Meng Wanzhou to the US

As the extradition case goes forward, Meng’s fate will be determined at two key stages. The first is the court’s final judgment. Associate Chief Justice Heather Holmes may eventually decide to extradite Meng to the US, but she may also agree to release her. Whatever her ruling, the case is likely to be appealed, but the odds in the final judgement of the appellate court remain the same.

A careful reading of the decisions rendered thus far by Justice Holmes may lead one to speculate that the court is more inclined to send Meng to the US. There have been two landmark developments in the trial, and on both occasions, Meng suffered significant legal defeats.

Citing precedents, the court actually “transplanted” the environment of US law and the legal institutions to Canada, and in this way actually applied American law to this case.

On the issue of double criminality, which determines whether there should be an extradition case in the first place, Meng’s legal team argued that whether Meng’s alleged conduct could have amounted to the offence of fraud in Canada depends on its ties to the effects of US economic sanctions against Iran. Since Canada did not have such sanctions, double criminality does not exist. The attorney general representing the US interest however contended that the essence of the case was about a client lying to a bank in order to obtain financial services, without relying on US sanctions.

The court refuted both arguments and adopted a rather unique interpretation. Citing precedents, the court actually “transplanted” the environment of US law and the legal institutions to Canada, and in this way actually applied American law to this case.

In a recent decision on whether certain evidence can be considered by the court in determining whether Meng Wanzhou lied to HSBC, Meng’s legal team produced evidence in the form of chains of emails to prove that it was widely known in HSBC that Huawei controlled Skycom as emails carrying such information were sent to a HSBC senior executive from its junior staff. The judge refused to admit the evidence for the reason that the senior executive might not give enough attention to the emails addressed to him. It is puzzling even for legal professionals to understand such a strained interpretation.

In short, Meng Wanzhou may not be optimistic about the legal result as the court seems to have been inclined to adopt interpretations that are not very much in favour of Meng’s case. This of course is not a conclusive observation, as the judge, at the last stage of the extradition trial, also pointed out several critical logical contradictions in the argument of the US. For instance, the judge said that she could not understand how Meng could, on one hand, have told HSBC that there was no risk of violating American sanctions from Huawei or Skycom, and on the other hand, not disclose Huawei’s ties to Skycom (as otherwise, Meng would have been in no position to assure HSBC of anything regarding Skycom).

But even if the Canadian judiciary decides, in a final judgement, that Meng should be extradited to the US, it is still up to the Canadian minister of justice, representing the Canadian government, to make the final call.

Political factors may come into play

But even if the Canadian judiciary decides, in a final judgement, that Meng should be extradited to the US, it is still up to the Canadian minister of justice, representing the Canadian government, to make the final call. Things would be much more dramatic and messier at this stage, as the minister would have to balance all the considerations concerned including political factors.

Canada will be in a very difficult position then. If the minister decides not to extradite Meng to the US, Canada will be viewed as kowtowing to China — and hence it will face tremendous domestic criticism and political pressure from the US.

On the other hand, if Canada sends Meng to the US, it will most certainly be met with fierce retaliations by China through diplomatic wars or other means. China is unlikely to stand silent on this move as it cannot afford to tolerate the establishment of a precedent following which the senior executives of Chinese companies could be readily arrested by foreign governments at America’s requests, especially when it firmly believes that this case is dominated by politics rather than law.