Just back from China, Lorna Wei says "May the force be with us"

Graduate student Lorna Wei returned to her hometown in Hebei province for the Chinese New Year holidays, only to land in the eye of the 2019 Novel Coronavirus storm. She shares her personal experience, from the inside. 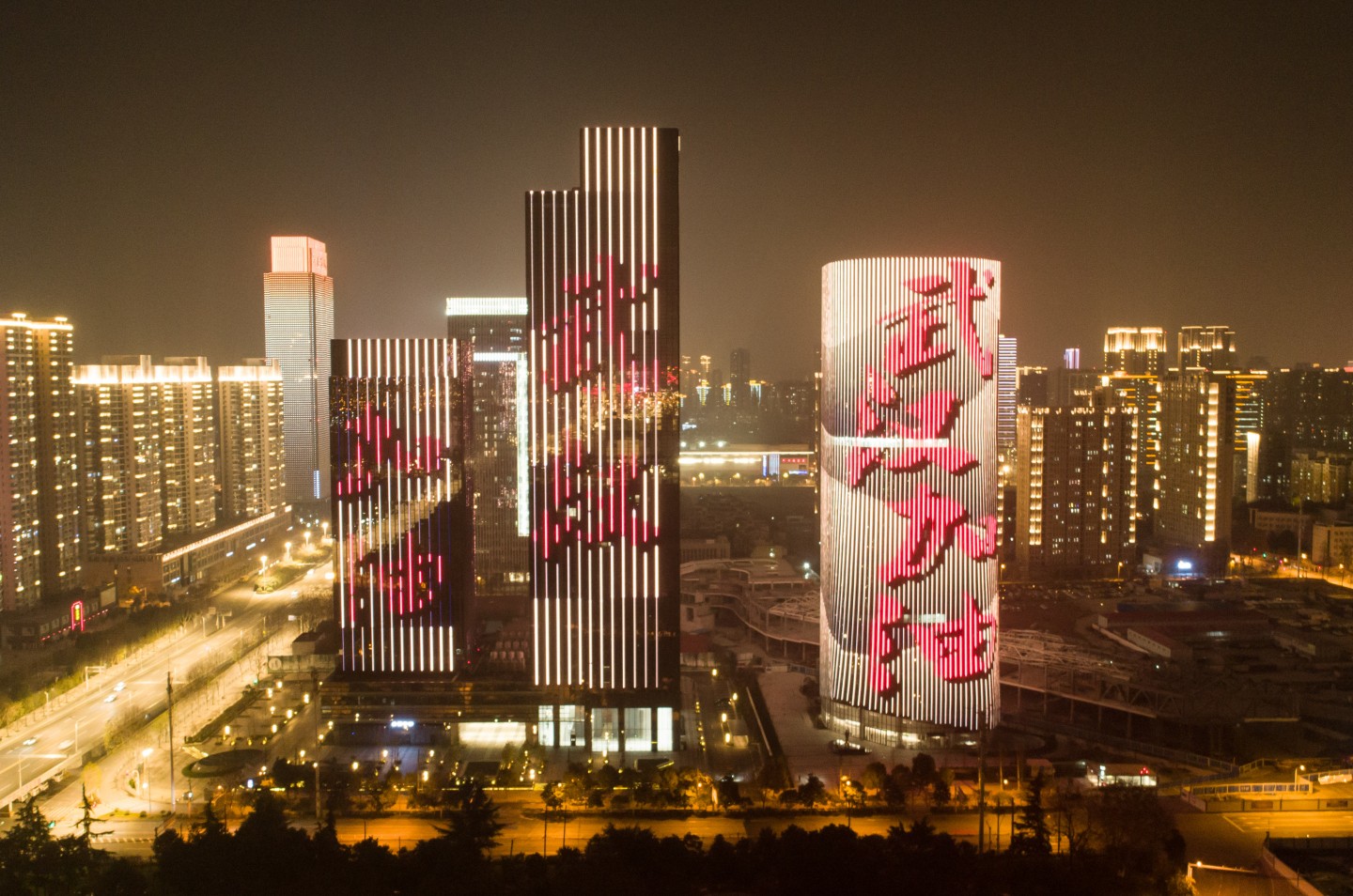 Wuhan skyscrapers are wrapped in motivational slogans to rally the people together in the fight against the 2019-nCoV. (Xinhua)

Grace Chong - 6 August 2020
Academics Zhou Wenxing and Wang Weinan observe the hard truth that Taiwan is often used as a strategic card to be played in the US’s relationship with China. While Biden seems to be the safer pair of hands on Taiwan policy, if Trump gets re-elected, Taiwan may be entering a game of high risk but high returns. Either way, Taiwan will have to watch for which way the political vane turns, as the winds moving them are rarely in their control.
Read more

Grace Chong - 5 August 2020
As TikTok edges towards its deadline of 15 September to either be sold to a US buyer or banned in the US, it is ironic to think that Bytedance, its parent company, is getting bruised from all sides. Some of its harshest critics, in fact, are intensely patriotic Chinese citizens who think that it has not gone far enough in pushing back on unreasonable US demands. Can ByteDance appease the gods and the hoards before the deadline is up?
Read more 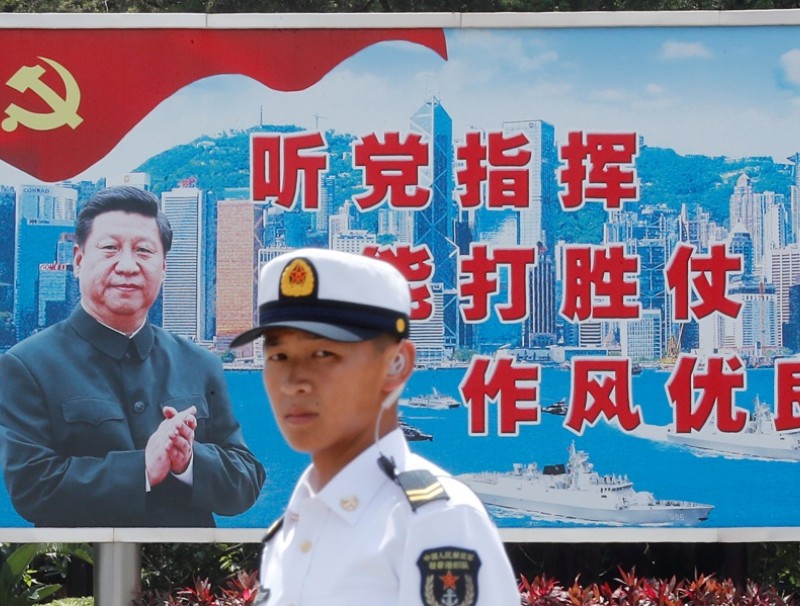 Grace Chong - 5 August 2020
“The new Cold War” is becoming a catchphrase for the state of relations between China and the US. But the China of today and the web of connections it shares with the US is very different from the former Soviet Union. Is calling the conflict a clash of ideologies oversimplifying the issue? Even further, is it in the US’s interest to do so to corral support for its actions against China at home and abroad? Zhu Ying examines the issue.
Read more

Acupressure points and acupuncture: How does it work?

Grace Chong - 5 August 2020
Is it true that by applying pressure at different points and parts of the body through needle acupuncture or acupressure massage, one’s health can improve? What is the logic behind this?
Read more

Grace Chong - 30 July 2020
Following The New York Times’ report that China and Iran are about to conclude a mega investment-for-oil deal, speculations have gone into overdrive about the US sending Iran into the arms of China with its recent hostile policies towards both countries. Ma Haiyun looks at the implications of ever-closer relations between China and Iran and argues that if strategic partnerships weave a web of interconnectivity between countries that are both on the Indo-Pacific rim and Eurasian continent, global geopolitics would be fundamentally changed.
Read more
Translated by Grace Chong on 6 February 2020

The Spring Festival of 2020 in mainland China is special because of the 2019 Novel Coronavirus (2019-nCoV). I, as a witness of this disaster, have mixed feelings.

I was back in my hometown Tangshan, Hebei Province in late January, a few days before the Spring Festival. I heard about the virus from Weibo around early January. It was said that some people in Wuhan ate some wild animals and got ill, but there was no human-to-human infection as firmly stated by the Wuhan officials. One of the heated discussions involved doctors reporting further lethal transmission; they were warned not to spread false news. The Wuhan officials must have been prophets — at the time, they only knew that there were around ten confirmed cases in the middle of January. Also, they must have been confident that the virus had no way of stopping the Chinese people from celebrating the Spring Festival in late January.

A turning point occurred on 23 Jan. Wuhan was placed under lockdown. However, this late move was not severe enough to put the nation on alert. I advised my family members to wear face masks and cancel the dinner on New Year’s Eve. But most of them laughed at my overreaction. They asked, “Wuhan is far away from Tangshan. How can the virus travel so fast?”

Our parents are not users of Weibo, and they didn’t know that Wuhan held a reunion banquet of ten thousand people (万人宴) on 19 Jan. Also, Wuhan officials attended the group celebration of the Spring Festival (团拜会) on 21 Jan, and the performers who had coughs and colds were praised for being hardworking. What’s worse, it was said that five million people travelled to or from Wuhan during the Spring Festival period and 300 thousand local people ran away from Wuhan before the lockdown.

Rumours, or hidden truths, travel fast. When the whole nation was desperate to hear the official news from the “Hubei F4” — a band of four key officials comprising the governor of Hubei Province (湖北省省长), the secretary of the Hubei Provincial Party Committee (湖北省省委书记), the mayor of Wuhan (武汉市市长), and the secretary of the Wuhan Party Committee (武汉市市委书记) — they said nothing. Their silence ignited a heated discussion on Weibo again and all the people had information phobia: we were afraid to hear bad news, but we were more frightened if the F4 concealed the truth. On 26 Jan, the governor of Hubei Province finally held a press conference. He must have been very nervous and anxious because he made a slip of the tongue on the face mask production capacity: he changed the number from 10.8 billion to 1.8 billion, and to 1.08 million in the end.

This is not a movie. Any form of mismanagement or corruption is magnified in this special period.

From late Jan to now, Chinese people have gone through unimaginable sufferings. Face masks are sold out and my family is experiencing the planned economy again. In order to keep safe and save masks, only my father goes out shopping every few days. Communities, roads, and shops are strictly monitored, blocked and closed. Despite the shortage of masks, other cities in the nation have donated masks and protective suits to Wuhan. But the medical staff in Wuhan still lack medical supplies. We are so sad for the medical staff who protect and save us, but we are curious about the black hole in Wuhan: most medical supplies are mysteriously missing. On 31 Jan, we got the answer from Weibo again. The Wuhan Red Cross (武汉红十字会) “unintentionally” delivered the masks to some hospitals without 2019-nCoV patients, and a car (鄂A026**) took a whole box of masks in the name of an anonymous leader (领导) from the Red Cross within minutes. Meanwhile, the local medical staff had to wait for hours to get their share of insufficient stock of masks.

And the common people become monitors and detectives: all the details about Wuhan cannot escape our sharp eyes in the era of we-media.

This is not a movie. Any form of mismanagement or corruption is magnified in this special period. Fortunately, the powerful central government and local governments, the selfless medical staff and military, and the brave common people are stepping up to handle the repercussions from the ineptitude and corruption of some Wuhan officials. Professors Zhong Nanshan and Li Lanjuan are fighting this virus day and night; the Huoshenshan Hospital (火神山医院) was constructed within ten days (24 Jan – 2 Feb), a miracle witnessed by tens of millions of netizens via the live broadcasting. Military troops leave for Wuhan without hesitation to serve. And the common people become monitors and detectives: all the details about Wuhan cannot escape our sharp eyes in the era of we-media.

It is the worst of times because an emerging incident is driving the whole world into a panic. It is the best of times because we can see the hand of God in the selflessness of the medical staff and the military. It is the age of foolishness: we are strongly disappointed in some officials who do nothing in their crucial positions. Their inaction is the real disaster. Sometimes we are misled by the so-called experts to snap up Shuang Huang Lian (双黄连), one of the Chinese herbal medicines, at midnight. But it is also the age of wisdom: we hold together in the darkness and wait for the brightness with our patience, trust and love.

Like my family and friends, most Chinese people are still trapped at home, spending their longest, most boring holiday indoors. I made several promises to my friends and nephews before the Spring Festival — visiting them after New Year’s Eve. I really want to keep my promise, no matter how long the wait. May the force be with us. We can survive. We can win.

"F4" is a Taiwanese boy band consisting of Jerry Yan, Vanness Wu, Ken Chu, and Vic Chou. It was formed in 2001 after the Taiwanese drama Meteor Garden that they starred in quickly went viral. 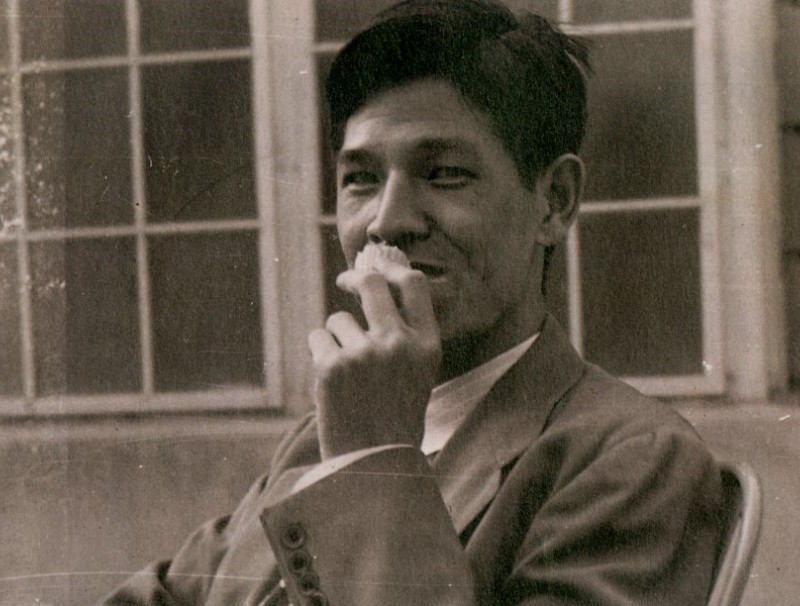 Society
Quarantined in Shanghai: Can I find peace in solitude?

Taiwan's former President Lee Teng-hui, a controversial figure in the eyes of many,... Taiwan's former President Lee Teng-hui, a controversial figure in the eyes of many, presided over Taiwan at a time...